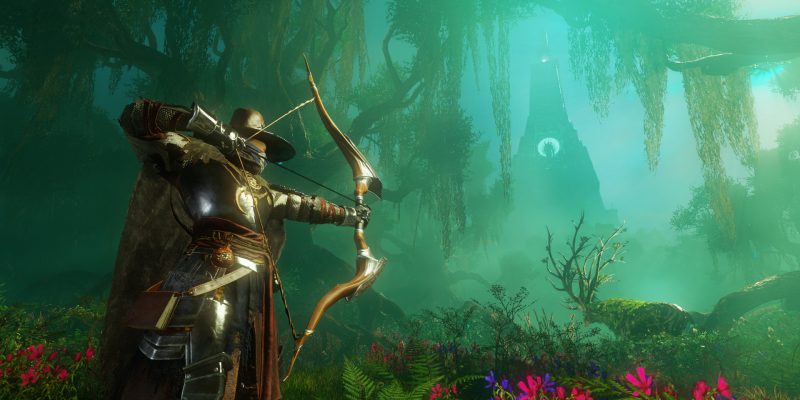 Amazon Game Studios has announced that New World has been delayed… again, but this time it’s only for a month. The very often delayed MMORPG recently had a fairly successful closed beta. Well, if you aren’t counting that whole GPU thing. Due to player feedback, the developing team decided that the game needed a little more time in the oven. The new New World global release date is now September 28.

The closed beta, which ran from July 20 to August 2, proved to be exceptionally popular for the game. In a message shared on Twitter, the developer noted that more than 1 million people signed on to explore Aeternum. In total, players spent over 16 million hours in the game, rocketing it to the top of the Steam charts.

However, the New World closed beta shined some light on a few problems. Those among the community have reported stability issues and a host of annoying bugs while playing. It’s for this reason that the developer is holding off on the more recent August 31 release date.

“We want New World’s launch to be a smooth and fun experience for all players, and that means making some improvements based on what you encountered during Closed Beta,” the developer wrote in its Twitter message. “So we’re going to take a few extra weeks to smash bugs, improve stability, and polish the game.”

You may have heard about the other issue that cropped up during the beta. Late in July, some members of the community reported that their EVGA RTX cards were getting fried while playing the game. Apparently, the GPUs, especially the 3090s, were running their fans in upwards of 200,000 RPM. EVGA later responded, saying it will replace all the bricked cards. Amazon patched the game with an fps cap to prevent anymore dead GPUs.

A message from the New World team. pic.twitter.com/oAZdK7dxTn