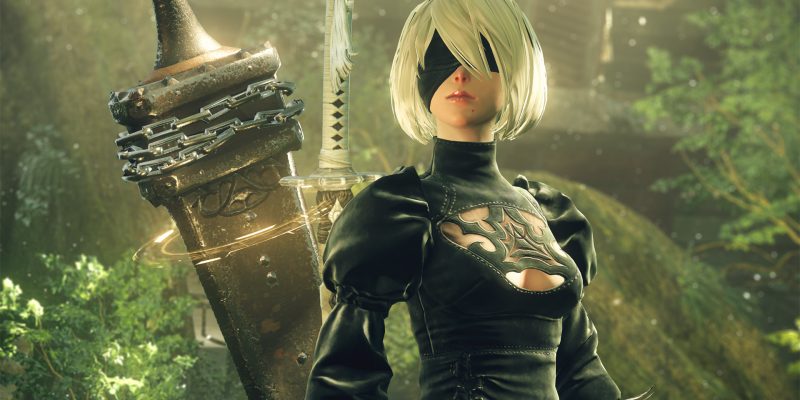 Microsoft is applying no brakes when it comes to its Xbox Game Pass this month. It hasn’t even been a solid week since the company revealed that 20 Bethesda games will enter the service. Today, the Xbox team decided to show off just a little bit more. Nier: Automata, the fantastic action RPG by Platinum Games, and the ridiculously famous Undertale, by Toby Fox, are both heading to Xbox Game Pass for PC in March. But they’re not alone. They will be joined by eight other games before April.

The aforementioned games headline today’s announcement. Nier: Automata — which releases for the service on March 17 — places you in the role of 2B, an android designed to retake the planet and save humanity. However, not everything is at it seems. Robots that have inherited the Earth grow more sentient every day. The mysterious reports by humanity’s survivors on the moon become increasingly cryptic. Its story is deep and intertwining, and even though the credits are rolling, that doesn’t mean it’s the end of your adventure. Undertale is an old school-style RPG, rife with comical mischief and jokester skeletons. The game can be downloaded starting today. 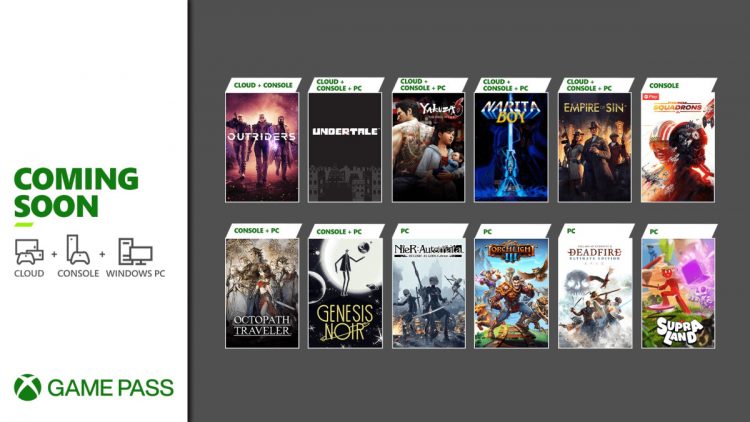 Lining up and shipping out

There are more games coming to Xbox Game Pass for PC in March. I did mention eight, right? On March 18, the two games above will be joined by Empire of Sin and Torchlight III. Starting March 25, you can download Genesis Noir, Octopath Traveler, Pillars of Eternity II: Deadfire Ultimate Edition, Supraland, and Yakuza 6: The Song of Life. Narita Boy follows the pack, launching on March 30.

However, one of the unfortunate realities with the service is that sometimes games must leave. On March 31, two games will leave Xbox Game Pass for PC: Hyperdot and Machinarium. If those games are on your radar and you haven’t played them yet, you have only a couple weeks left. Undertale is now out on the Xbox Game Pass today. We loved it.