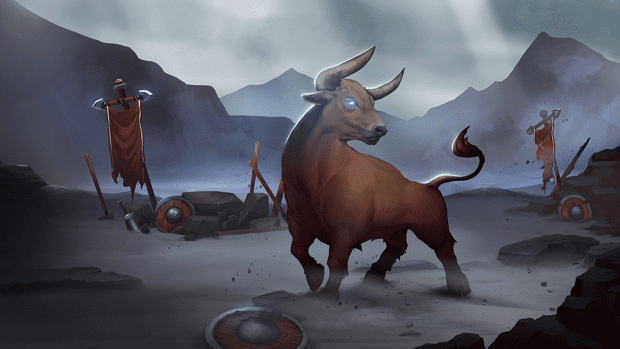 Northgard got a pretty big expansion last October, but Shiro Games isn’t finished with its Viking RTS just yet. The latest DLC introduces the formidable Clan of the Ox. Like their namesake, these warriors tend to be tough, but their sheer physical size does come with some drawbacks. Check out the trailer below, which shows off the powerful Warchief Torfin.

Strong as a Viking Ox

The Himminbrojtir, or Clan of the Ox, consists of a lot of big people. They are so big, in fact, that they gain 15% attack and defense bonuses in combat, as well as a 40% boost in production. However, when you’re that big, you might have trouble sharing space with others. To that end, only one Ox villager can be assigned to military or production buildings at a time. It looks like there will be some lonely lumberjacks out in the Nordic wilderness. Your big boys and gals also need more food, so they’ll consume 10% more food than other clans in Northgard. 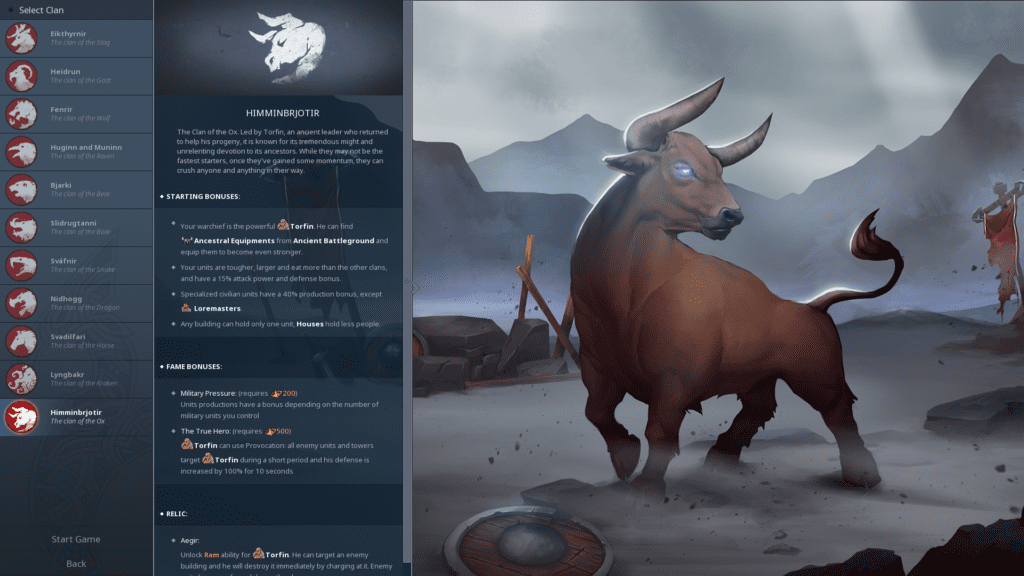 Because the Clan of the Ox requires more food and can only have one villager per building, they might tend to get to a slow start. However, by late game, they should prove to be a powerful force both economically and on the battlefield. You’ll need to expand quickly to make use of their production bonuses, though.

Warchief Torfin leads the Clan of the Ox. He’s even bigger than everyone else in Northgard, and he’s big enough that he doesn’t even need a weapon. Even “the Mountain” had a sword, but this guy just wades into combat and punches things. I can see why his clan follows him. He also functions as a tank and has a Provocation ability that boosts his defense and taunts nearby enemies for a short time. You can play him a little more offensively as well by using his Ram power, which lets him immediately destroy enemy structures. It’s pretty funny to imagine a crazed Viking sprinting into a nearby village, punching a mill once and crumbling it to the ground, and then disappearing back into the wintry pines. 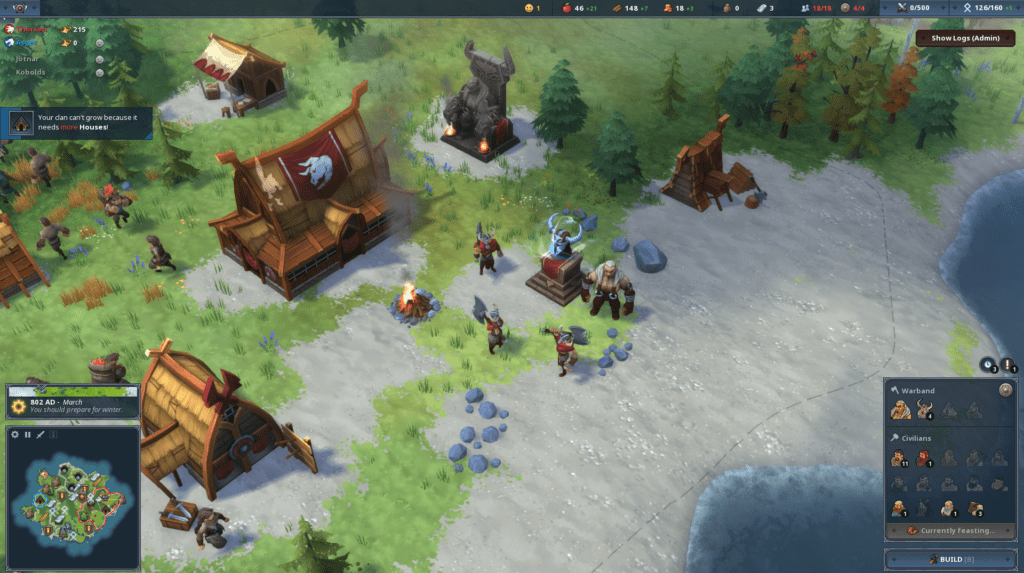 Torfin also has the ability to loot Ancient Battlegrounds, which will let you get your hands on Ancestral Equipment. You can equip your loot to become even more powerful. So in-between smashing enemy buildings, he likes to go on archaeological digs. What a fun pastime for a Viking chieftain.