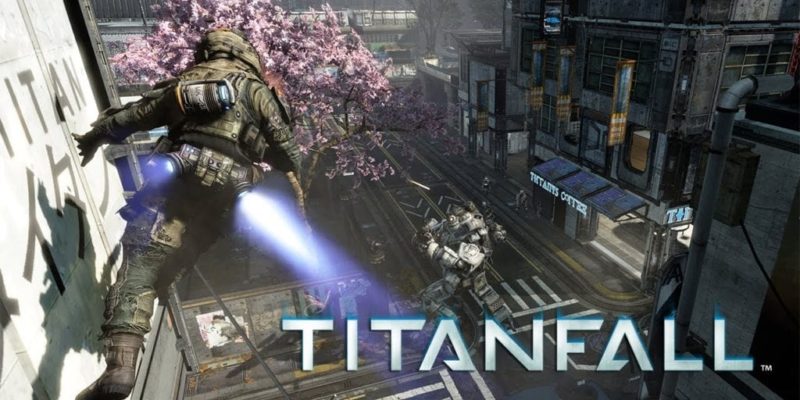 Well, if you’re fighting a Titan it’s probably best to have a weapon labelled ‘Anti-Titan.’

Titanfall, you may remember, is a game that actually managed to announce a PC version at the same time as its console details. So well done to them for that. In this GamesCom trailer you get to see a little more multiplayer (the title is multiplayer only) action; specifically the ease with which players can hop in and out of the hulking robo-suit Titans.

Despite being multiplayer only, it’s interesting that this video seems to depict a bit of an ongoing narrative of sorts. The team the main player is on appear to be defending a semi-willing new recruit against a numerically superior onslaught from the other side. It’s not like there’s a huge amount of story going on here, but it’s more dialogue and narrative bits than I was expecting.

In the not-at-all-staged-for-demonstration-purposes trailer you get to see a fairly wide variety of weapons used, both in and out of the Titan. You can also see the Titan being put into “follow” mode, where it appears to act like an AI and tags along behind the player while he stays on foot for (presumably) greater mobility.

Hammertime: Lords of the Fallen gets cinematic trailer