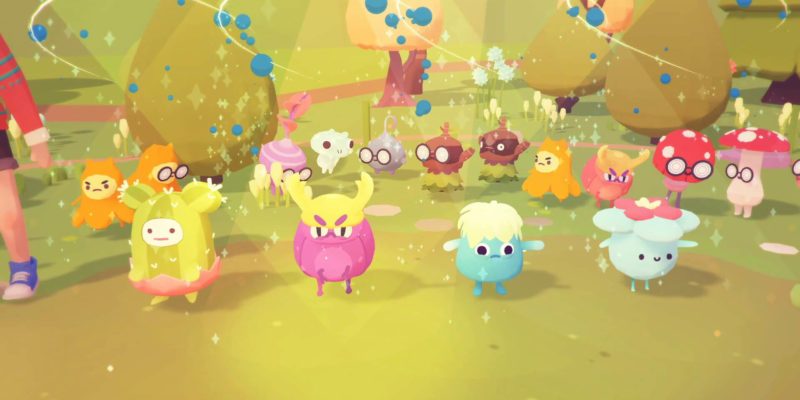 Since the release of Ooblets, players have fallen in love with the cute creatures. The adorable creature collector and farming hybrid will receive its first major update soon. Interestingly enough, developer Glumberland announced that it will roll out a spooky update. Known as the Nullwhere update, the Halloween themed update will offer a new region for players to explore. Already, Glumberland shared its September roadmap ahead of the eventual 1.0 release, so we knew that a Halloween event would take place. The Ooblets Nullwhere update will be 0.4.

A series of tweets were posted to the official Ooblets Twitter page, giving fans a sneak peek into the Halloween theme. Although the new region will feel familiar to players, there will be new additions and features to fit in with the theme. The darker colors, mysterious fog, and addition of lightning will add a spooky feel to the game.

As well as this, the Ooblets Nullwhere update will introduce some brand new characters. As seen in the image, the character costumes complete the creepy Halloween feel of the brand new region. The teasers do not appear too threatening, so players should still expect the same light-hearted experience.

Currently it is unknown when the Ooblets Nullwhere update will roll out. As October is just around the corner, players should not have to wait too long for its arrival. Also, it is unknown if the update will only stick around as a limited time mode for Halloween. The new region will also have its own unique, small story to accompany it, similar to Mamoonia. There is an assumption that you will have to travel to the new region by hot air balloon. It will be interesting to see what Ooblets and materials will be available to collect in the new Halloween-inspired region.

Call of Duty: Black Ops Cold War flinch will have a new purpose