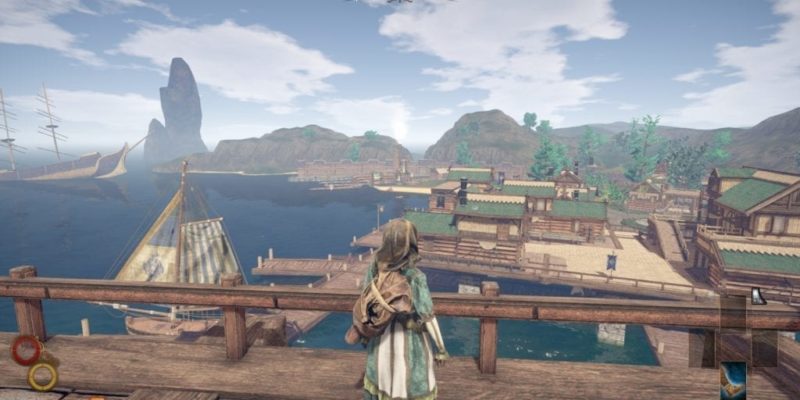 The idol was somewhere in the cave, that much was certain. Unfortunately, the cave was absolutely crawling with fire elementals. Trying to fight one only led to death by immolation. Luckily, our very own Cameron Woolsey joined me in this endeavor. We took turns dying and reviving one another before I made the mistake of grabbing so much loot I couldn’t move. He had to revive me again and again as I slowly made my way back to the rope from which we had descended.

Such is exploration in Outward, a new action RPG from developer Nine Dots. It bills itself as a survival RPG, but you shouldn’t confuse it with the recent wave of sandbox games where you struggle against other players or die permanently while trying to survive. Think of it as Dragon’s Dogma with Dark Souls-esque combat and some survival elements. Then you’ll have a pretty good idea of what the game has to offer. Oh boy, is it brutal.

Your journey begins with a shipwreck. You and some others were on an expedition that went awry due to a lighthouse malfunction, and you end up temporarily stranded prior to awakening in your hometown of Cierzo. But you’ve been gone for some time and haven’t been paying a tribute owed for the malfeasance of one of your ancestors. So, everybody is pissed. Your starting goal is to collect 150 silver coins to pay off what’s known as a blood price. If you fail to do so, they will take your house from you. What a homecoming. 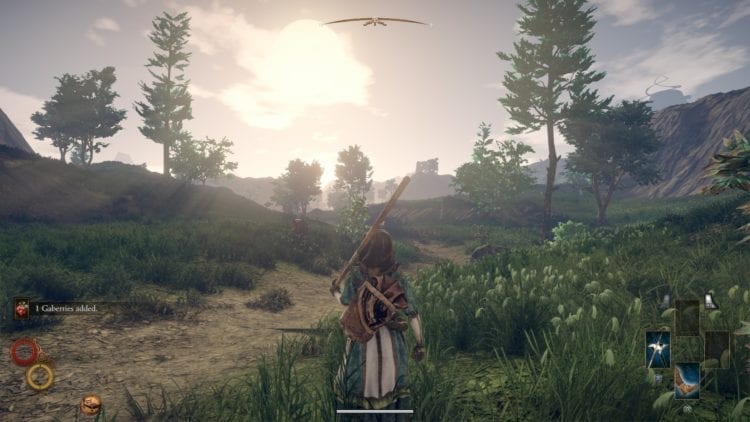 With this, Outward thrusts you out into its large world made up of a handful of zones that you traverse on foot. But the game doesn’t offer the comforts that many are used to. There’s a compass, but nothing to point at your objective. There’s a map, but it doesn’t tell you where you are on it. You need to use the instructions given to you upon receiving the quest in combination with landmarks to find your way around. This is insanely daunting at first, but it eventually becomes second nature. Just prepare yourself for a ton of walking.

As for the survival mechanics, they’re not as harsh as they seem. You need to eat, drink, and sleep at regular intervals or risk having your health and stamina pools affected. These make the acts of exploring and fighting that much more bothersome. But, interestingly, you can’t die. I mean that literally. The game saves constantly, and if you lose all of your health, you’ll end up miraculously escaping with your life. For the most part, you don’t even have to worry about losing any of your items, save for your silver if you die so many times that you’re taken to the nearest inn.

But that doesn’t mean that getting knocked out in Outward isn’t a deterrent. When you fall in combat, you will usually wake up with three-quarters of your health pool burnt. This makes getting back to the task at hand a really bad idea. You get around this by sleeping on a bedroll or tent, but it takes a lot of sleep to recover your health. When you wake up, you’ll likely be very thirsty and hungry. These all add up when you’re trying to complete a tough quest. Continually getting knocked out, waking up, sleeping, then foraging for health and water in order to try again quickly becomes tedious. Naturally, this can often result in the same exact sequence of events replaying itself ad nauseam. 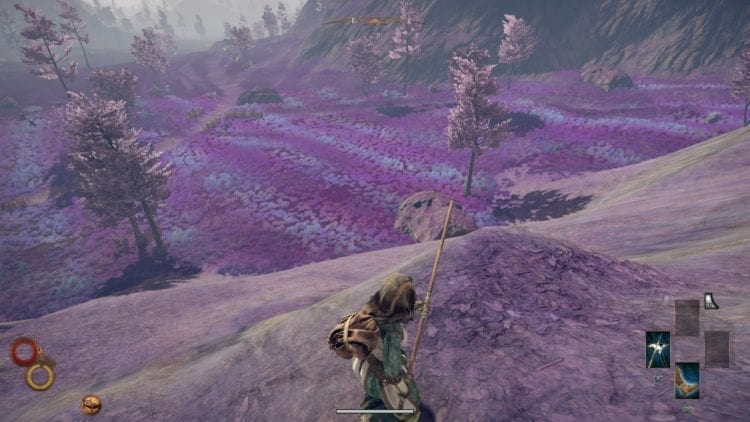 This cycle of failure and sleeping is complicated by Outward‘s combat. Do you know those RPGs where you face enemies that completely demolish you?  That’s basically every enemy here. No matter how hard I tried to get decent weapons and gear, the enemies just tore me apart like a soft cheese. I eventually learned to just run away whenever I could, which worked surprisingly well for the most part. However, there are quests that depend on defeating something, and those feel like running face first into a brick wall.

One quest demanded that I go to an enemy stronghold and kill its leaders to protect something. I managed to kill most of them, but the last was far too strong for me to deal with. I figured I’d just leave and come back later. But when I left the zone, I got word that I’d failed to adequately protect my charge. The quest was gone forever. While the scale of the consequence was really something, I really didn’t have much choice, as I wasn’t exactly capable of dispatching the foes that stood in my way. But while the combat is clunky and doesn’t feel great, it is doable. Fortunately, there aren’t many quests that require fighting, so the game still offers a lot to people who just want to run away.

Interestingly, Outward has both online and split-screen co-op, which works extremely well. Cameron popped into my world to run from overpowered enemies and died with me for a couple of hours. It worked perfectly. All it takes is the host player to open their game to Steam friends, at which point those friends can jump in. The co-op is a lot of fun and will likely expand how much people enjoy the game as opposed to walking the vast world alone and dying without anyone to revive you. 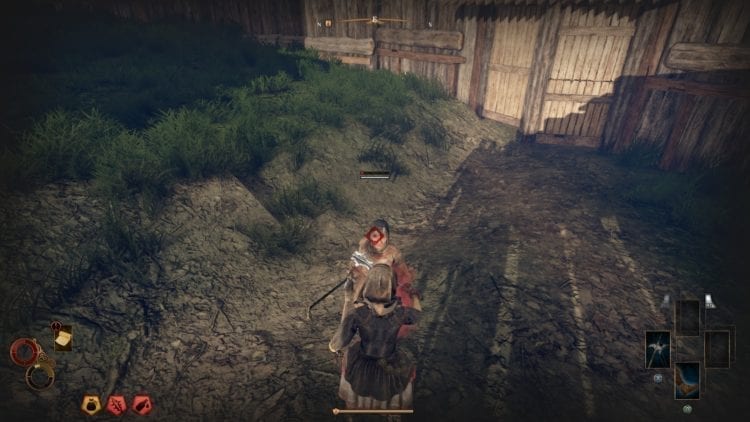 There are a lot of things I like about Outward. But it seems a little too intent on not being user-friendly to its own detriment, even if its challenges can definitely be overcome. I’ve had a fair amount of fun with it, but also a large amount of frustration. Enjoying it will hinge on how hard the individual is willing to work to learn the game and push through its less user-friendly design aspects. Anyone who doesn’t like handholding will probably get the most out of it.

Ace Combat 7 Gets Review-Bombed Due To Lack Of HOTAS Support, But There’s A Workaround