Yesterday, Paradox Interactive gave fans of Troika’s 2004 release Vampire: The Masquerade – Bloodlines something they’ve not had for just over a decade: hope that a new game based in that universe might actually happen.

Paradox’s purchase of the White Wolf Publishing company puts the World of Darkness license right in the hands of a company who are likely to do something with it. Prior owners CCP (the EVE Online developers, who merged with White Wolf in 2006) had spent a reported eight years trying to create a World of Darkness MMO, but multiple redesigns and undisclosed development troubles ultimately ended with the project being officially staked through the heart in April of 2014.

CCP appeared to lack the means or desire to start work on any other White Wolf-based games, and their sale of the company to Paradox adds further weight to this suspicion. 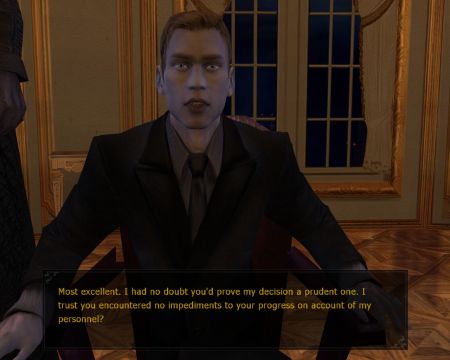 I doubt LeCroix negotiated the deal, but you never know.

What this means for the main tabletop side of White Wolf’s business, I’m not entirely sure (though I’d be fairly confident Paradox will treat it with care). I’m far less familiar with that side of things, and, while it’s obviously going to be very important to a lot of people, my main interest is more along the lines of ‘how long will it take for us to get another Bloodlines?’

Troika had to close down in 2005, but Paradox have a pretty friendly working relationship with one of those other big names in PC RPG development.

So it seems like something was bought by @PdxInteractive and people want us to look into making a game? Hmmm…

As it happens, former Troika co-founder Tim Cain is currently an employee of Obsidian. And if you follow that twitter discussion thread down, you’ll find former Obsidian favourite Chris Avellone gently poking the discussion towards Brian Mitsoda (the main writer on Vampire: The Masquerade – Bloodlines, now co-running DoubleBear). This receives a very favourable response from Annie VandeerMeer Mitsoda.

@ChrisAvellone @MysterD @PdxInteractive Brian's super down with that, and heck, I wasn't part of the 1st but I'm HELLA ON BOARD TOO, WOOO 😀

How does this link back to Paradox? Well, that original Obsidian tweet has been retweeted by Paradox owner Fredrik Wester. Obsidian’s Pillars of Eternity RPG was, as most reading this will know, distributed by Paradox. 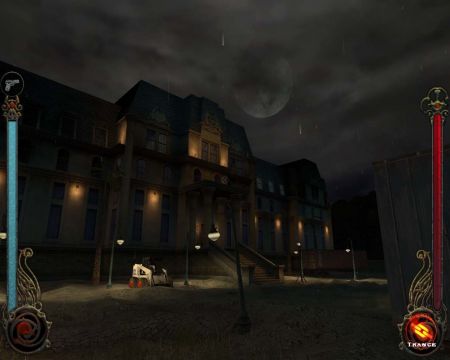 An appropriately Halloween-ish house of fun.

None of this talk should be taken as an assumption that a Bloodlines 2 (or anything else for that matter) is going to happen, but the fact that it’s being discussed in public by the parties involved makes me pretty sure that further discussions are currently happening ‘off stage’. That’s the hope I was talking about.

Speaking of which, let’s not ignore the fact that Paradox have very capable in-house development teams of their own. I clearly wasn’t the only person to think “hang on … Vampire: The Masquerade clan politics are sort of like Crusader Kings but on a city-wide scale”, as this other Wester-approved tweet confirms.

All of which, potentially, is very exciting. Bloodlines fans have had a decade of inaction, followed by a 24 hour flurry of activity. Suddenly, it feels like a time of great possibilities.