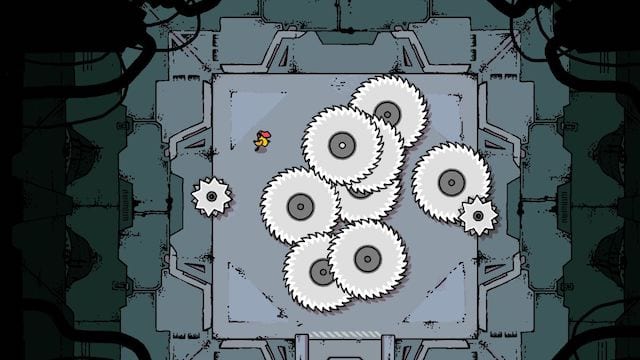 Devolver Digital is known for being quite “out there” with its indie fare, as you’ve seen with games like Enter the Gungeon and Carrion. However, with Disc Room, it invites you to take on an interesting experience involving saw blades and death. It’s not all in vain, though; there’s actual purpose here. And we learned more about it during a recent hands-on at PAX East 2020.

In Disc Room, it’s the year 2089. A giant disc has appeared in space, about the size of Jupiter. Scientists are dumbfounded about what its presence means. As a member of the team, you set out to learn more. But you’ll soon find that the disc actually has a bunch of smaller discs present. And some have jagged teeth.

The goal of Disc Room is to get through a series of rooms, filled to the brim with these lethal spinners. You’ll have to meet certain criteria in each room to clear it, before eventually getting to a boss battle.

These goals vary. For instance, some rooms simply require you to survive for about 10 to 20 seconds. But even then, you’ll find the challenge to be a handful, as discs large and small alike spin throughout the room. One touch and you’ll have to start over again, or try another room. 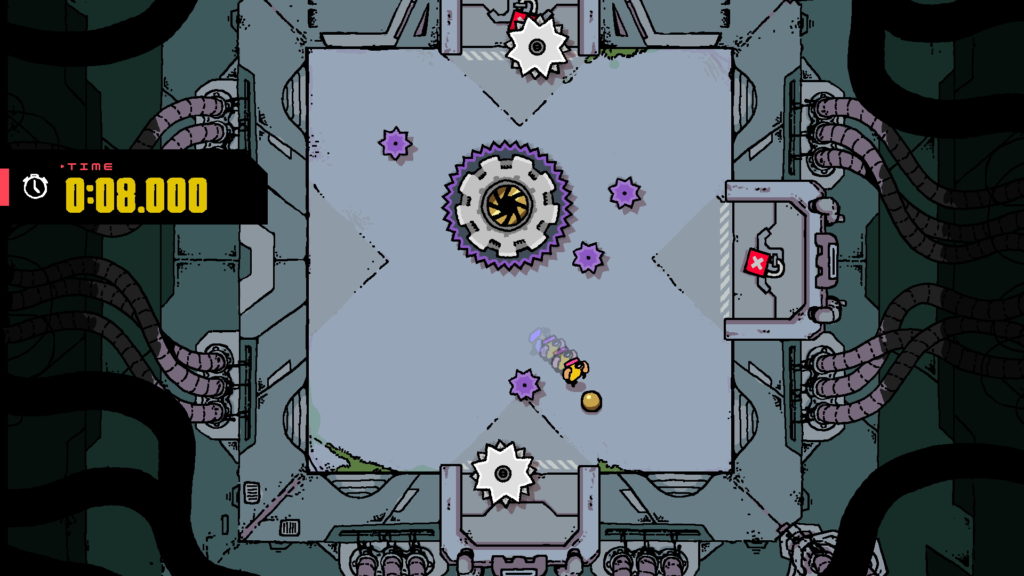 Ah, but dying can also play a part with some of these rooms. For example, some require you to die by four different types of discs, including ones that leave trails of smaller discs. So, see, you’re doomed anyway; but you can regenerate and come back to go on to the next room.

The gameplay is relatively simple. You run around the stage and look for any means to survive (unless it means dying, of course). You can also attain a dash ability, which helps you run through discs should pressure become too great in some spots. Use it sparingly, though, because if you die sooner than expected, you’ll have to start from scratch. But as with rogue-lites (this is kind of like one, but hard to tell in preview), you get stronger the longer you survive. Abilities absorbed from discs include time-bending, or that allows you to make clones.

It looks simple, but, yeah, it isn’t

Disc Room benefits from a simple yet diabolically cool art design, put together by the team of Terri, Dose, Kitty and JW (no, really, that’s the development team name.) It’s a top-down affair, and you can always keep track of where you are in each room. The objectives flash on the screen often enough as well, just in case you need a quick reminder of what you need to do. 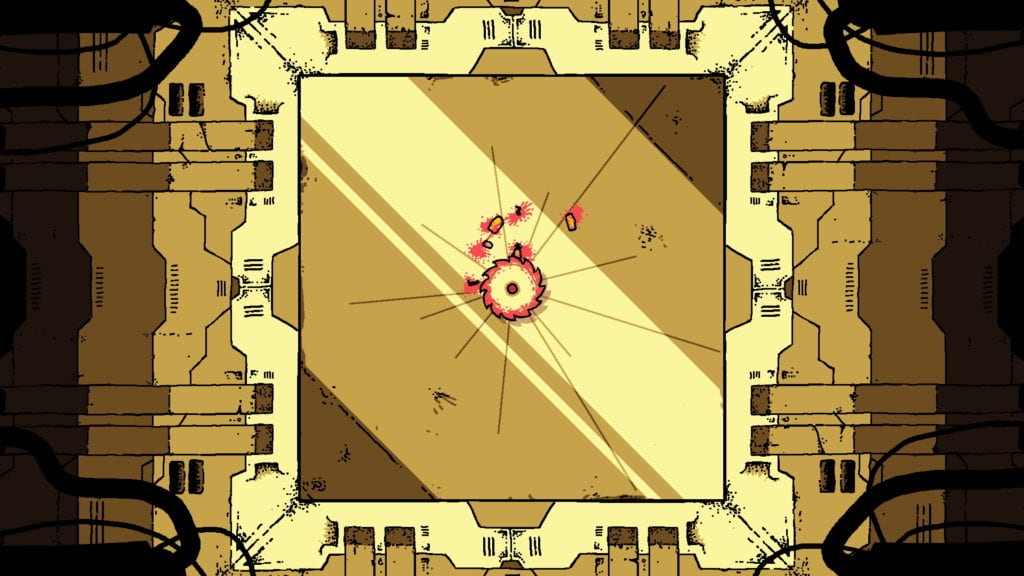 Then there’s the Disc Room boss battle, which is quite awesome in its own right. Since you’re not capable of any kind of offensive attacks, you have to move around the stage looking for “hot buttons.” By hitting these, you do damage to a much larger sawblade, which spits out smaller blades in every direction. You’ll have to survive long enough to hit ten buttons to defeat it, to which you receive an orange for good measure. And that…is where the demo ended.

Though Disc Room is a much smaller game than most Devolver Digital fare (about two hours’ length, according to the devs), it’s crazy fun thus far. Dodging blades and surviving (or dying) is part of the game’s overall strategy, and it handles like a dream. Yes, even in the midst of a nightmare.

You can check out more of Disc Room in the trailer below, and wishlist it on Steam here. It drops this summer, and, based on our impressions, it’s a real cut-up. We have a lot coming out of PAX East 2020. So click the link here for previews and more.

By Martynas Klimas12 hours ago
Previews