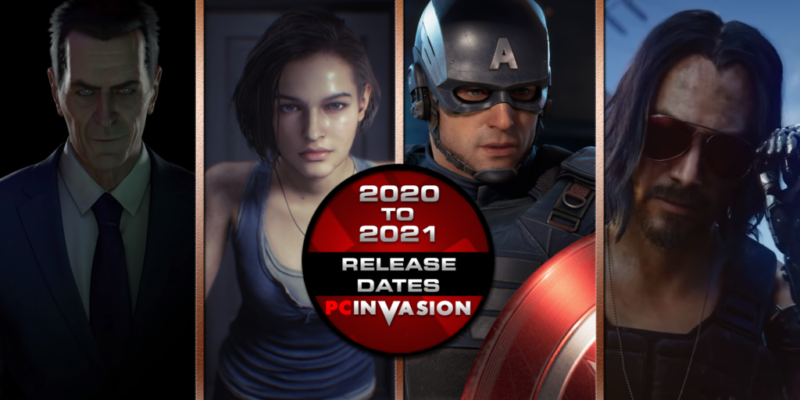 The PC games listed on this page have been announced as releasing in April 2020.

A modern-day full remake of Resident Evil 3: Nemesis (which originally released in 1999 for the PlayStation). Survive as Jill Valentine while she’s hunted by Nemesis all over Racoon City. The Resident Evil 3 remake will also have Resident Evil: Resistance, a 4v1 mode where characters have to team up against a lone opponent who can set up traps and generate monsters and other bosses.

You think you’d have a day out in the city, but an earthquake hits. Suddenly, you’ll have to survive this calamity and many others.

Trials of Mana, the third game in the Mana series, has been fully remade for a modern audience.

Play as part of a 4-person squad as you attempt to survive the jungles, or, as the Predator, stalk your prey one by one.

A turn-based tactical game that serves as a prologue to the Gears of War franchise.

Formerly known as MudRunner 2, the next game in the series will bring players to snow-capped mountains and frozen roads. Oh, and it also had a name change. SnowRunner will be exclusive for a time in the Epic Games Store come 2020.

Minecraft, a game played by millions around the world, will present a new challenge: an action-RPG where you tackle dungeon denizens with friends.