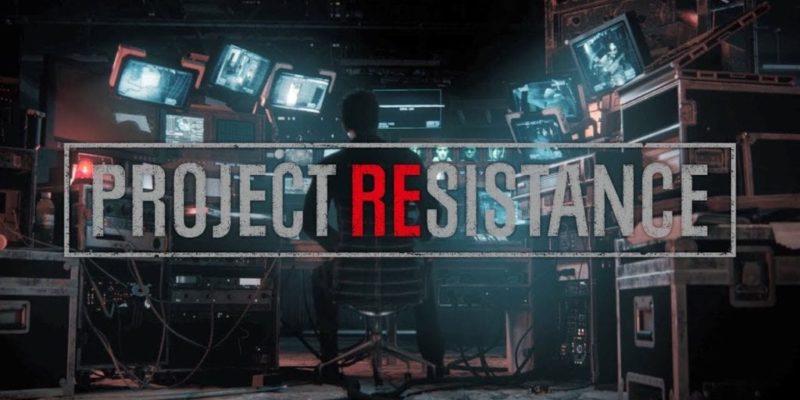 The Tokyo Game Show has just started and Capcom was on stage to unveil the latest title in the Resident Evil series. Called Project Resistance, the game will be a multiplayer asymmetrical shooter that bears some striking similarities to Turtle Rock Studios’ EVOLVE. Check out the trailer.

The whole idea of Project Resistance is that four survivors will be working together to escape a facility and defeat a Jigsaw-like killer. Matches will play out in a 4v1 fashion where one person will be in control of the mastermind plotting traps and deadly assaults on unsuspecting foes. The single person will have access to a deck of cards that can summon iconic series creatures, manipulate the environment, and even spring traps at the drop of a hat. They’ll even be able to directly control zombies, which could lead to scenarios where players disregard what might be an ultra-intelligent foe.

Further sweetening the deal, players will finally get a chance to control a Tyrant in Project Resistance. Looking an awful lot like Mr. X, survivors will need to coordinate their attacks to even stand a chance at thwarting the unstoppable killing machine. With each survivor having a unique skill, it will take teamwork to see players escape from the clutches of Umbrella and to freedom.

Making use of Capcom’s RE Engine (which powered the stellar Resident Evil 7 and 2), the game is a co-production between Capcom and NeoBards Entertainment. It is being developed for PC, PS4, and Xbox One. Xbox Insider Program members and participants of the RE Ambassadors program will be given the chance to participate in a closed beta on consoles. The beta will run Oct. 4 – 7 and registration will run Sept. 11 – 18. You can learn more over on the game’s official website.

Time will tell if Project Resistance is a worthy spinoff in the Resident Evil franchise.

EA scrounges up a retail edition for Apex Legends for October