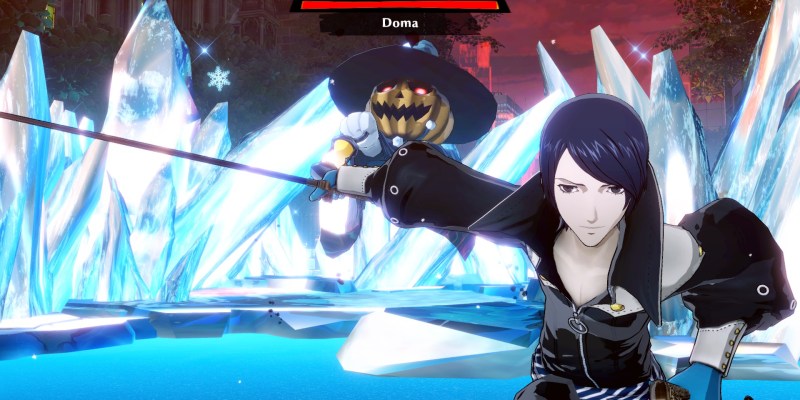 When the game that would eventually become Persona 5 Strikers was in the planning phase, it was to be called Persona Musou. It was set to be another entry in the Omega Force-developed Musou series, which ended up having franchised spin-offs with games like Hyrule Warriors and One Piece: Pirate Warriors. It isn’t hard to imagine what sort of game the Persona edition would have been. Players would have likely picked a Persona character and then taken them through a series of hack-and-slash stages filled with hundreds of enemies standing around mindlessly.

If you’re not entirely clear on what Persona 5 Strikers is, be assured that it is not a Musou game. Not really, at least. Persona 5 Strikers does retain identifiable hallmarks of the Musou series, however, which series fans will be able to pick out right away. For the sake of breaking down what exactly customers can expect, I’m going to describe just what it has in common with that series. Which, let’s be honest, isn’t actually a lot.

The long and short of it is that Persona 5 Strikers’ movement and basic combat elements are clearly that of the Musou games. You have multiple characters at your disposal in Persona 5 Stikers, and much like Warriors Orochi, you can switch between four of them on the fly. But all four characters have a presence in combat regardless of if you’re controlling them, so it’s more like Samurai Warriors 4 in that manner. But that’s only when you’re in combat. 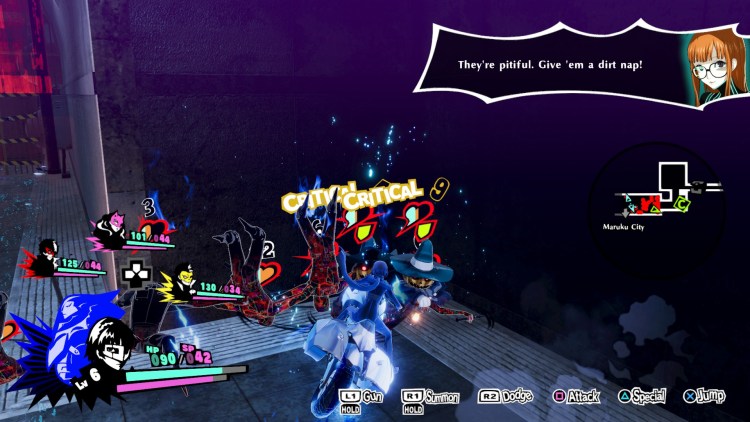 Not what you’re used to

Persona 5 Strikers is broken up between the real world and the Metaverse. There is naturally no action in the real world. When you enter the Metaverse, you control a character and explore an area. In a Musou game, this would be one large map with enemies spawned and waiting on it. The battle would also move without you. In Strikers, there aren’t any enemy combat units on the map at all. Instead, there are patrol units that will call reinforcements and become combat units. For instance, you’ll often see a single enemy and can initiate combat with them, at which point walls will appear and the area becomes filled with foes.

While exploring, only the character you’re controlling is visible in the field, but the other three show up as soon as you enter combat mode. That being said, characters still retain their full repertoire of moves when in exploration mode. This is great if you just want to practice or analyze charge combos while not fighting. The combat is very much like a Musou game. You have a basic six attack string or you can make use of one of a character’s five charge attacks. The first one is always a launch, just like in the Musou games. 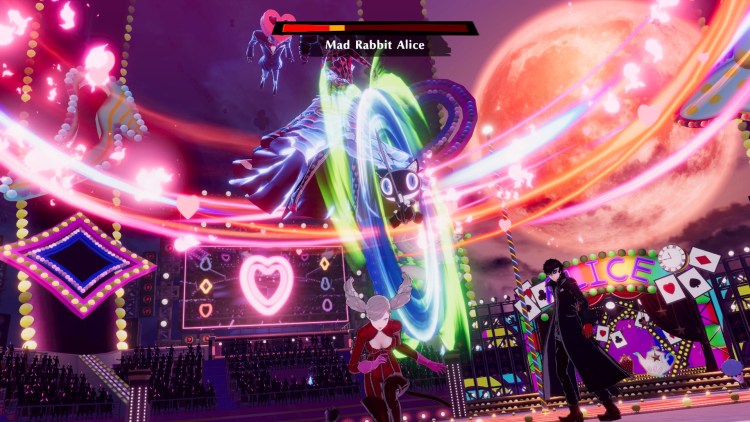 During combat encounters in Persona 5 Stikers, you’ll fight a bunch of enemies at once with your comrades. These enemies don’t just stand around, though, and will frequently attack and use skills of their own. Musou fans will immediately feel at home while cutting through the hoards, and there are even larger demons that are equivalent to officers. Characters retain all of their Persona abilities though, including summoning their personas and using special moves or even guns. The Musou ability itself is called a Showtime attack here. You have a gauge that fills up and, once it does, you hit two buttons and execute a character’s special. But it takes longer to fill up here than in a Musou game.

As for the game’s structure, it’s nothing like a Musou game at all. It has much more in common with Persona 3-5, albeit without any of the social stuff or time management. It’s also actually challenging and not a mindless hack-and-slash. And there’s no K.O. counter. Therefore, if you’re looking for your next Musou fix, you’re not going to find it here. It’s also not a good idea to jump in if you haven’t played Persona 5, as the game is very much a sequel to that.

Call of Duty: Warzone — How to improve your aim and mechanical skill