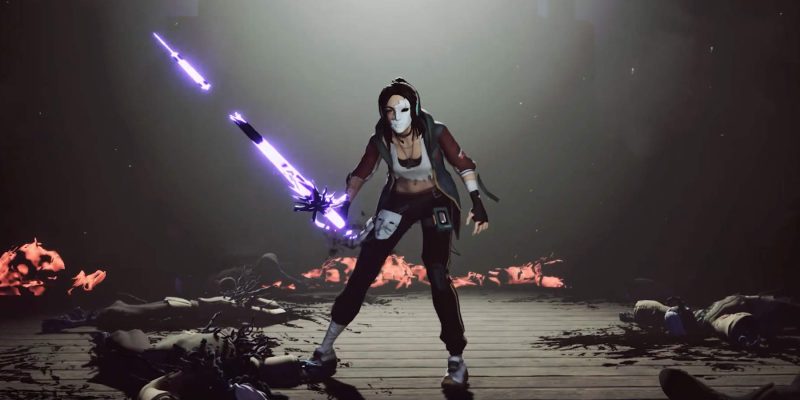 There’s plenty to see at Gamescom Opening Night Live 2022, but it’s up to you to determine which game is the star of the show. One candidate is Phantom Hellcat, a hack-n-slash adventure which provides entertainment in true theatrical form.

According to developer Ironbird Creations, Phantom Hellcat takes place within a cursed theater where the protagonist incidentally finds herself in a tough predicament. The evil within has somehow taken her mother hostage, but there are bigger issues afoot as well. Jolene must find a way to both save her mother and prevent the twisted stories of humanity from escaping out into the world.

The trailer is brief and to the point. It jumps straight into some gameplay, demonstrating how you’ll dodge, parry, slice, and dice your opponents in melee combat. From what we’ve seen, the combat mainly caters to mobility and making flashy, short work of various monster-like adversaries.

The emphasis on cinematic settings with focused stage lights and artful flourishes is all clearly meant to win you over, and your ever-judging onlooker. You’re clearly putting on a performance of some sort for the antagonist as you go about dealing with their minions. They will applaud just as soon as they will set you up for defeat. I guess it’s up to you to give them a performance to die for.

There’s still a lot we don’t know about Phantom Hellcat, but the developers want to offer an experience that harkens back to the Souls-like and roguelike action subgenres as they were in years now long past. If you’re craving a new adventure with some more classic vibes, this project might just scratch that itch. You can keep up progress and updates over at the game’s Steam page. Phantom Hellcat does not have a release date at this time.

To the benefit of everyone, Killer Klowns From Outer Space is getting a video game

Studio behind The Surge has revealed Atlas Fallen with a trailer