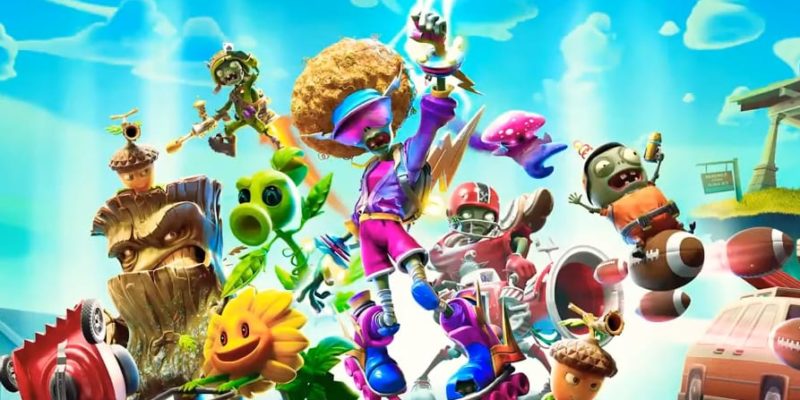 A new Plants vs. Zombies game has been confirmed to be on the way. We didn’t know what it would be like, nor did we know its name. All we knew was that it was codenamed “Picnic,” and beta testing on consoles had already begun. However, more information has begun to spring up like flowers from fertile ground. A few days ago, it was reported that Electronic Arts had trademarked the name Plants vs. Zombies: Battle for Neighborville. Alright, so we had the name. But what kind of game was it going to be? Naturally, we thought it would still be a while (or at least until Gamescom) before we knew any more details. Well, thanks to some slippery handling, a work-in-progress trailer of Battle for Neighborville has been leaked, along with its bumpin’ rap tune.

Watching the trailer, its clear the game certainly takes after the Garden Warfare series. There are short snippets of gameplay strewn throughout the trailer. Even though it’s clearly early development footage (the video even flashes “temp game footage” at one point), we get a good idea of what to expect. Like Garden Warfare, Plants vs. Zombies: Battle for Neighborville is a third-person shooter with the camera floating over the shoulder of the character. You choose one side, plants or zombies, and fight each other in glorious cartoon violence to achieve some goal or another.

The video also shows off some new characters. There’s the disco zombie, whose funky dance moves can send out a small, blue whirlwind to attack enemies. We also have the ninja mushroom, a melee focused mushroom that’s also a ninja. Next, we have an acorn which can dig into the ground and emerge as a tanky Ent. 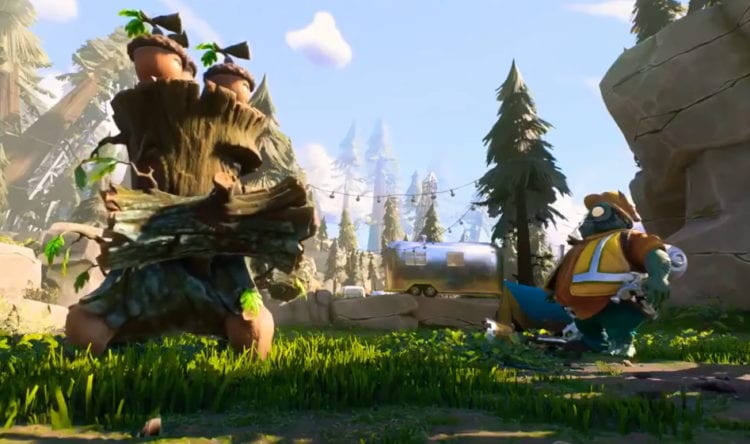 Pictured above: a zombie currently rethinking his afterlife choices.

Not in my neighbor ville

EA has since taken down the trailer, but of course you can find it elsewhere and enjoy it for what it’s worth. It’s clearly incomplete, as some special effects appear to be missing. The video also includes some rough sketches of plants and zombies here and there.

With the cat out of the bag, EA has unlocked the Plants vs. Zombies: Battle for Neighborville website. Naturally, there’s nothing being shown just yet. We’ll most likely know more as we enter Gamescom next week. Unless something else leaks. And I’m low-key hoping its the track for the video. That song kinda slaps, doesn’t it?

Fun fact: I wrote it as Battle for Neighborhood at least three times in the making of this post.