PUBG is finally going to be added map selection to PlayerUnkown’s Battlegrounds and have outlines some details of what’s happening.

PUBG’s main concern with allowing players to select maps is that it would affect the matchmaking as players would avoid certain maps, especially in lower populated regions. With that in mind, PUBG has trawled their data and looked at feedback from players to figure out the best way of handling it.

The first iteration of the new system will allow players to select which maps they want to play by highlighting them in the map select screen. Maps not selected will not be in their rotation. If more than one map is selected the game will randomly pick one at the start of a match.

The new system could change but they are going to fire it onto the test server soon to see what people think according to the update. PUBG has also shared an image showing how it currently looks in the menus. 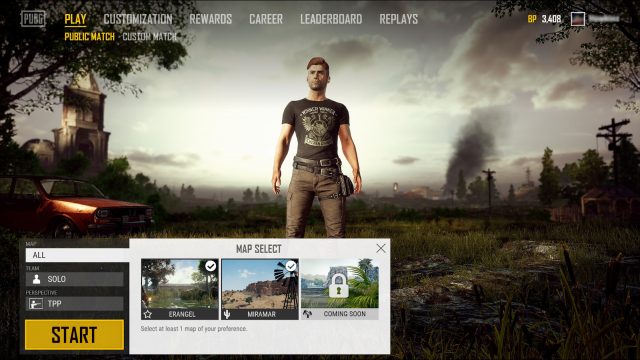