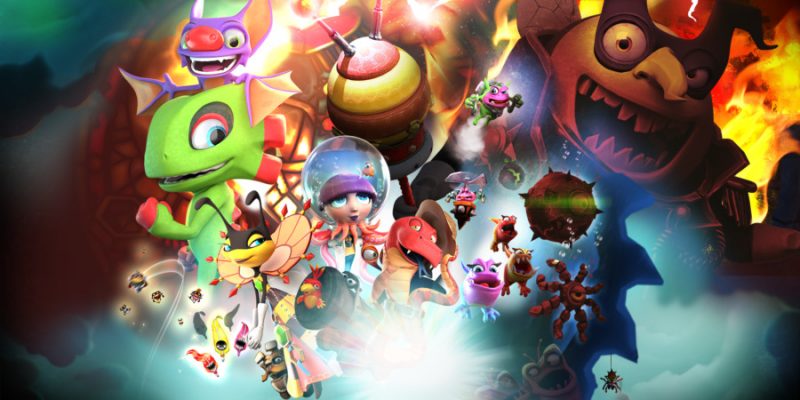 The roots for Playtonic were planted sometime in the early 90s with the founding members of its development team crafting classics like Donkey Kong 64 and Banjo-Kazooie. Co-founders Gavin Price and Chris Sutherland reunited to form Playtonic, an indie development studio. Its first task was to create a spiritual successor to Banjo-Kazooie, doing so with the launch of Yooka-Laylee in 2017. The team found success again with the launch of 2D platformer Yooka-Laylee and the Impossible Lair in 2019. Playtonic confirms that there are more Yooka-Laylee games to look forward to in the future. However, it will also publish titles under the newly formed Playtonic Friends label.

To further clarify its position on what’s on the horizon, Playtonic Friends provided an update on its latest announcement in a short blog post on its company site. If you were a fan of either of the Yooka-Laylee titles, worry not, friend. It seems the team has “multiple things in the works” but wants to help shepherd other under-the-radar development teams. The post reads, “You wouldn’t believe the amount of hidden gems out there that are left unearthed! We’re making it our mission to bring interesting games that tickle our fancy to the surface and get the love and attention they deserve.”

The post goes on to note that more updates will come within the year. That is, once the new Twitter profile for the Playtonic Friends is up and running. Hey, not everything goes off without a hitch or two, right?

Accidentally tweaked the birthdate of Playtonic Friends to today, and now we've been locked out cause Twitter thinks we're a day 1 patch fetus. We'll let you know when the account is unlocked!

The studio, and now publisher, went on to acknowledge that company growth is also in its future. As stated in the FAQ, “We will indeed be on the lookout for more talented folk to join our roster, keep your eye on our Twitter and jobs section on our website to stay in the loop.” So, if you fancy working with the Derby, England-based studio, now might be the right time to make some new friends.