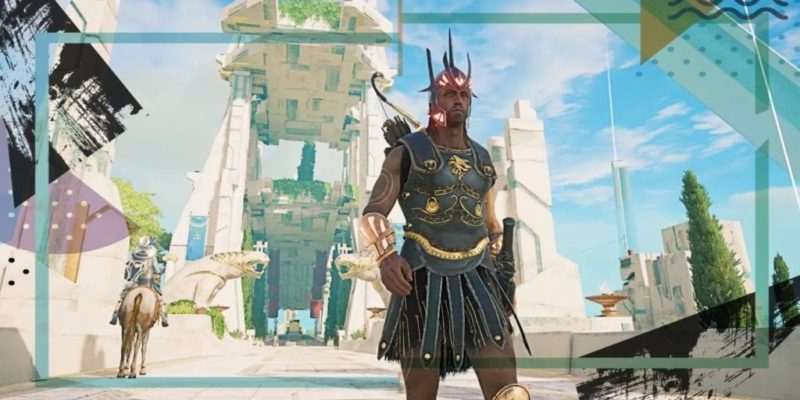 Assassin’s Creed Odyssey is a major home run from Ubisoft. Receiving critical acclaim and praised for both its replayability and game mechanics, it may very well be the best game in the franchise to date. The game’s DLC is no exception, either. Touching on the story behind the mythical oceanic city of Atlantis, this DLC series carries on where the base game left off. As previously reported,  the final episode of the Fate of Atlantis DLC drops tomorrow, July 16. Fans of the game are excited to see the final conclusion on one of the most exciting open-world games released in years. Here’s everything you can expect from Assassin’s Creed Odyssey: Judgment of Atlantis.

The Isu, an ancient yet technologically advanced society, have been one of the hallmark curiosities in the Assassin’s Creed franchise. In Judgment of Atlantis, your hero is immersed in the legendary city, which lives up to the hype that Odyssey has been generating for it. You’ll get to finally interact with the Isu, and uncover countless untold mysteries about Atlantis and its denizens. This final chapter in the Odyssey saga sees the hero given a task by Poseidon himself. That very task at hand is acting as judge, jury, and (frequently) executioner of Atlantis. The water deity wishes for the city to be thoroughly judged, and our hero is just the woman – or man – for the job.

This will play out by confronting some of the power-hungry leaders of Atlantis and unmasking a myriad of corrupt schemes. The DLC also sees the player finally utilizing their Isu genetics to their advantage. Discovering ancient, powerful artifacts and raiding temples with (not so reckless) abandon seem the best path to achieving Isu enlightenment. This will not be easy, however, as the city of Atlantis is home to some powerful foes. From high commanders to werewolves, Judgment of Atlantis has some pretty nasty baddies to contend with. 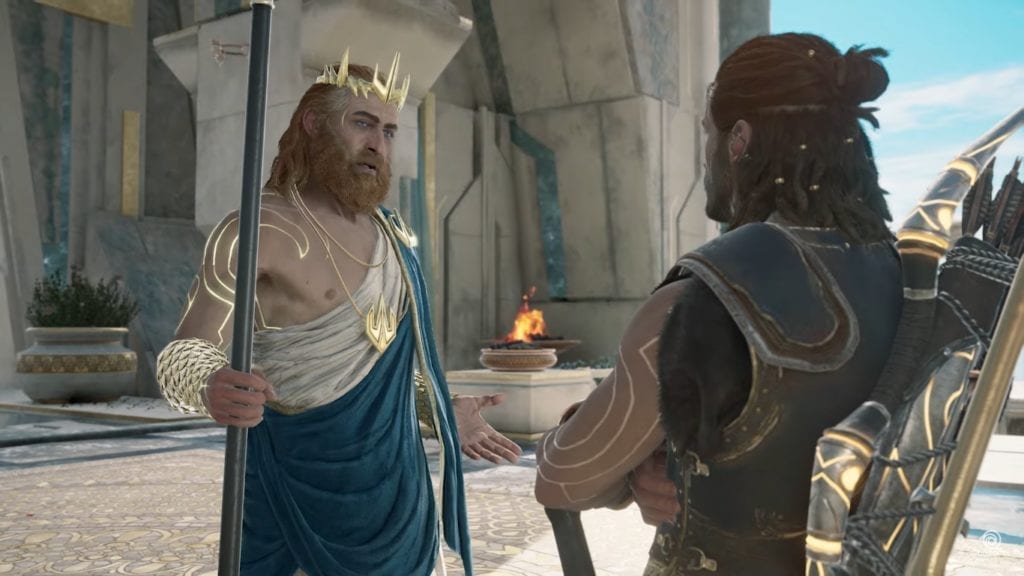 “Be my hand in laying and enforcing judgment in Atlantis,” Poseidon beseeches you. You’ll have your work cut out for you in this mythical city.

As one might expect in a prosperous, sprawling metropolis, Atlantis is pretty well guarded. In addition to a newer flavor of your standard guards, this DLC has a few surprises on top of that. Judgment of Atlantis introduces Commanders, masked elite opponents with an array of powerful abilities. These formidable fighters possess the ability to blink across the battlefield, as well as some daunting supernatural abilities. They can not only launch powerful area-of-effect beam attacks, but also fire beams directly at your hero.

These new baddies also have a ton of damage mitigation, so would-be heroes of Atlantis need to be more mindful of their surroundings and properly prepared for an encounter with Commanders. Fortunately, this DLC also comes with an impressive set of new abilities that your hero can use to his or her advantage. 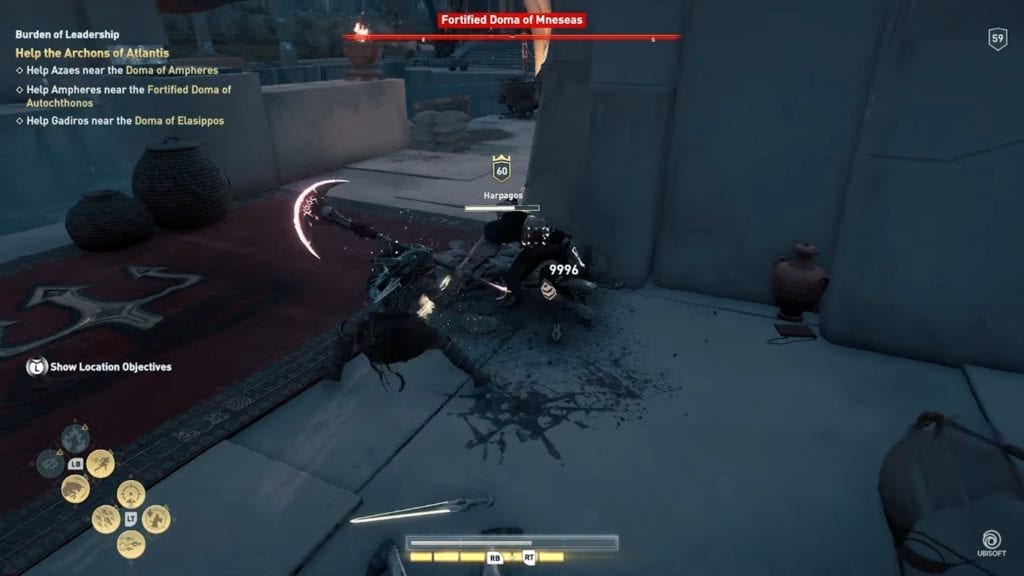 Between their teleportation, high damage resistance and magic abilities, Commanders will be a handful to players.

New hero abilities to even the score

Thankfully for players, new enemies aren’t the only addition this expansion offers. Your hero will also gain the chance to earn powerful new abilities. Heroes can improve upon three existing skills by locating Keeper’s Insight tablets across Atlantis. These new abilities are a major gamechanger in your quest for enlightenment and judgment. 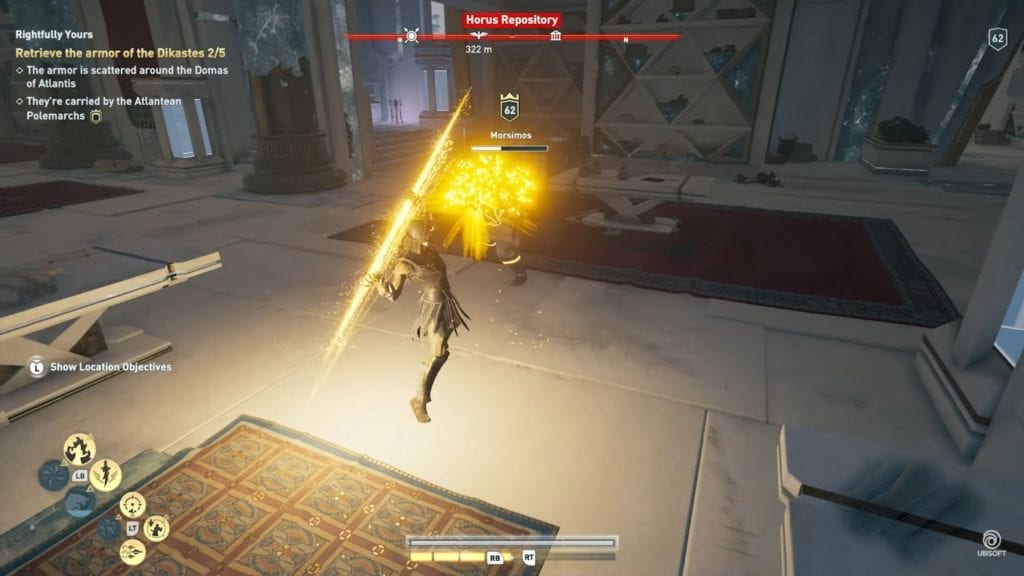 Another new addition on top of abilities and baddies is new gear and weaponry to be had. Your hero does, after all, have to look the part. The new apparel and armor speak for themselves aesthetically. However, the new Isu weapons are the real showstopper. Judgment of Atlantis features three all-new, forgeable weapons. Between a dagger, spear, or mace, heroes can only forge these powerful legendary weapons after they locate the adamant ingots required to make them. These ingots are peppered across the city and will require some determination to acquire.

You can further enhance these weapons with Hunter, Warrior, or Assassin attributes, each with their own benefits. One such stated example is infusing a mace with Assassin qualities, which grants the user the ability to deal stealth damage to nearby targets in addition to the one he or she is assassinating. Make your decision wisely, however, because you can only create each weapon once. 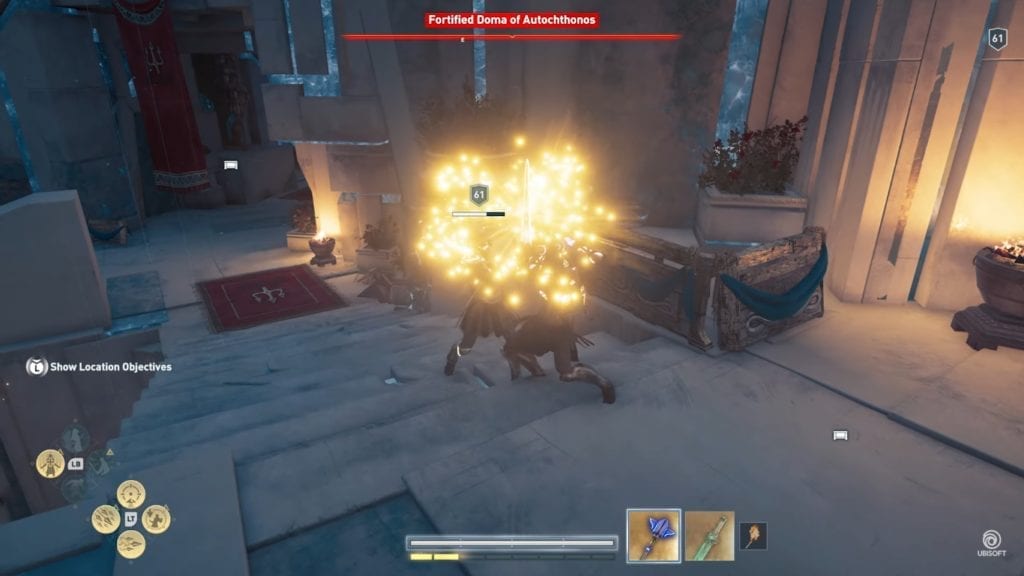 Whether it’s a powerful mace, slick dagger, or distance-closing spear, the new Atlantis weapons are well worth the hunt.

Heroes aren’t just out for weapons in Atlantis, however. This DLC also comes with a powerful new armor set. Known as Dikastes’ armor, every piece of the set confers a different benefit. The real power behind this armor, however, is when all five pieces are collected. Once together, the armor triggers an Isu Enhanced state whenever your hero is hit. This renders you immune to all damage or adrenaline drain for 15 seconds. The cooldown only lasts a minute, so anyone and everyone playing Judgment of Atlantis should seek out this armor. Acquiring it won’t prove easy, however, as you must take out some pretty tough targets. The Polemarchs, elite guards of Atlantis, are powerful Isu combatants who must be slain before the hero can acquire this game-breaking armor.

Assassin’s Creed Odyssey is shaping up to end on a pretty epic note. Ubisoft seems to have really gone all-out with their final DLC for the game. You can order The Fate of Atlantis on Steam here. Are you looking forward to the final chapter in Odyssey? Let us know in the comments!