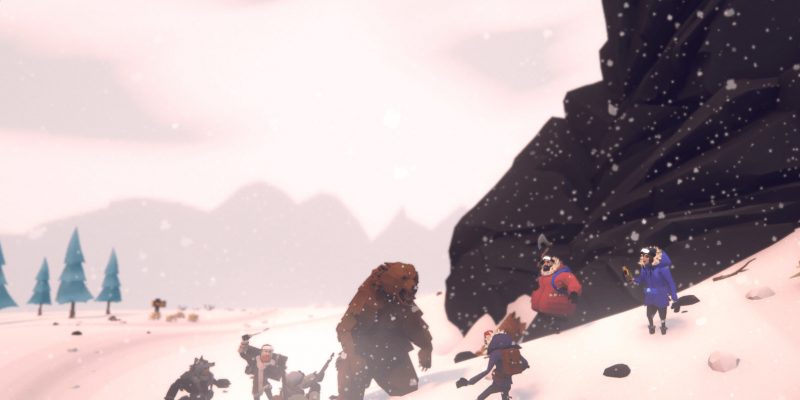 Project Winter, the co-op survival sim with a twist, left Early Access on Steam back in May 2019. However, the game is moving away from being a PC exclusive, while also benefitting the players who have owned it up to this point. Project Winter is releasing on two other platforms, Xbox and Windows 10, and will feature cross-play between them all.

If this is the first time you’re hearing about Project Winter, here’s what it’s about: eight players are stranded in a frozen tundra and must work together to survive and eventually escape. They have to gather resources, scrounge for food, and contend with the hungry bears and werewolves prowling around them. To escape from the bitter cold, the team will also have to work together to repair equipment and call for rescue. While this is all a challenge in and of itself, Project Winter throws one more factor into the mix: two of the players are traitors.

In Among Us-esque fashion, the crew must figure out who among them is a traitor. The goal of the backstabbers is to sabotage the group and eventually escape without being caught. The game also features proximity voice chat, which adds an entirely new dynamic to the game. Much like Among Us, it’s terrifying to hear another player’s scream off in the distance as a traitor takes them out or hear someone call for help when they’re panicked.

Of course, all this PvPvE action will blow up once the game arrives on other platforms. So far, Project Winter is set to launch on Windows 10 and Xbox with cross-play later this month, on January 26. The game will also be available on Xbox Game Pass for free, although it’s not clear if that includes Xbox Game Pass for PC. However, it is likely we’ll see it on the service.