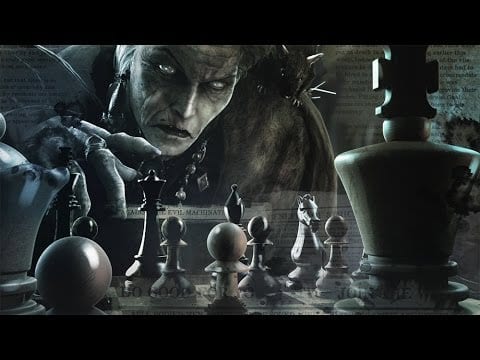 SHE’S TOTALLY NOT EVIL, EVERYONE

Peter and I have been watching the continuing development of Thief with a level of sick fascination not entirely unlike that you might have upon witnessing a car crash. I don’t think either of us believe it will be particularly good, but I’m pretty sure that both of us are fairly eager to get our hands on it, just in case it’s secretly a fantastic Thief game.

Square Enix have just released the second Stories from the City video, each of which narrate a bit of the City’s goings-on from the perspective of a major player within the rebooted Thief world. This one focuses on the Queen of the Beggars, a blind old lady that runs the beggar’s court “with more respect, diplomacy and wisdom, than many of the people with real positions of power in the City.” That doesn’t necessarily mean she’s “good” or “particularly straight with people”, judging the chessboard motif near the end of the video. I’d go so far as to say she might be manipulative, with her own best interests at heart and some vaguely darker plans than might be expected.

Appearance-wise, she… well, she looks like an old lady, but one with some finery and pearls and the like. And despite being blind, there are rumours that she can see through the eyes of rats. And she’s a mysterious figure who, despite her frail appearance, is apparently unbelievably wise and powerful and oh look she’s basically Granny Rags with better PR.

Have a gander at the trailer below, because it’s nowhere near as bloody stupid as the one shown at the VGX awards. Thief itself is due to slink out of the shadows in February 2014.

Nosgoth trailer shows that War Is Upon Us

By Jake Su42 seconds ago
News

By Michael Kloos31 mins ago
News