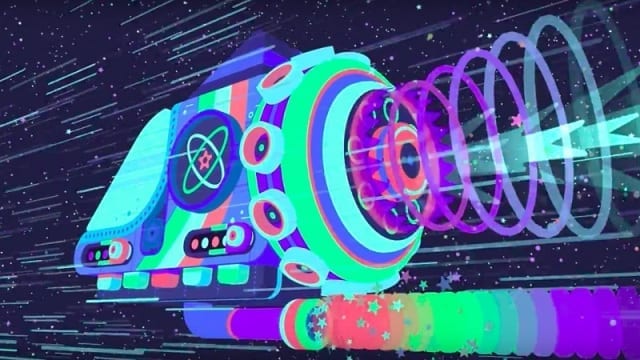 We’ve already reported on the games you’ll be able to get for free next week on the Epic Games Store. If you can’t wait until then, you just might have to make do with this week’s free game, GNOG. Honestly, I have no idea how to pronounce it. Nog? Guh-nog? Nee-og? Cognog? The weird name seems to be part of the game’s identity, which is a 3D puzzle adventure where you explore the heads of whimsical monsters to unravel the secret worlds inside them. It’s a really cool and original concept, but what does it play like?

I’ve given a shot, and it’s basically a point-and-click puzzler with a minimalistic and quirky art style. The whimsical monsters are basically square-like creatures with some traits you could compare to certain animals. The first one looks somewhat like a frog, except with some teeth jutting out of its jaw. The environment also looks like a bog, with other frog-like creatures and butterflies swirling around. I had to mess around with some controls in the back of the monster head. Finally, I managed to get the monster to wake up, I think, and it started singing with a booming voice like a distorted bass. GNOG is as weird as a game gets, but I like it.

GNOG your life away

After you beat that “monster” you can open a box to mess with another one. You’re basically just messing around with these creatures, bothering and prodding them until they do something. It won’t change your life or add much to it, but it’s a cool game to try for free. And of course, if you like this kind of game, you can always pick it up on Steam and GOG to support the developer.

What do you think of GNOG? A bit too quirky for your taste, or just the right amount of crazy? Leave your comments below!

Halo: Reach test flight has been delayed by ‘blocking bug’