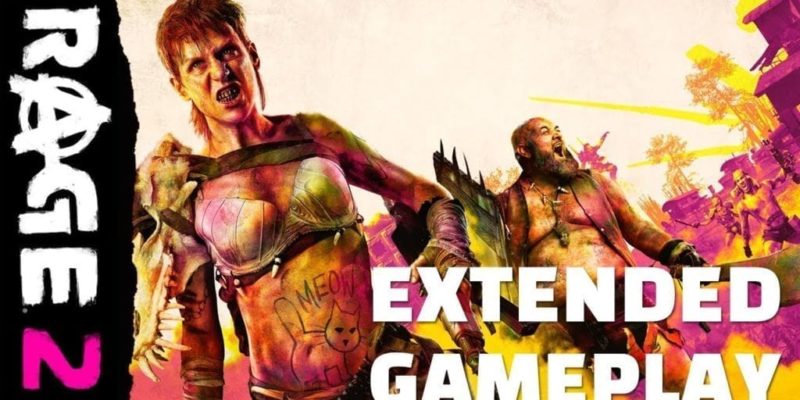 Today during QuakeCon 2018, Bethesda showed off the extended gameplay trailer of the Eden Assault mission in RAGE 2. The clip featured some more environments, plus a new trick you can pull off with the trusty Wingstick.

So yes, it’s not quite the same clip Bethesda showed during E3 this year, but it’s pretty close.

Regardless, the new reveals are indeed quite nice. We are introduced to thick jungles and mist-shrouded wetlands. Biome diversity is something being embraced by developer Avalanche Studios, which showed its moxey for open-world gaming with 2015’s Mad Max.

In the video, we are told that the Wingstick, the classic bladed boomerang weapon of the original, has some fancy new features. The one demonstrated is the ability to hold the weapon out and guide its flying path via red arching line. Enemies are no longer safe behind cover; you can fling that bastard right around corners now.

The trailer also shows off the ability to take down convoys by way of vehicular combat. Once more, we are reminded of the talent behind Avalanche.

Touted as a marriage between Borderlands and Mad Max, RAGE 2 has been looking quite different from its forebearer. The original RAGE hit the scene nearly eight years ago. While it was undoubtedly pretty for the time, it was hit by some heavy criticism. Namely, that it was kinda boring — a real surprise considering it came from the godfathers of shooters, id Software.

RAGE 2, however, seems to stick some dynamite up the classic’s proverbial tailpipe. It looks to blend unabashed comedy and movement freedom. The focus on solid gunplay certainly helps its cause. The gameplay trailer we see above does an impressive job convincing us that RAGE 2 plans on leaving detractors choking on dust. Of course, we still won’t know if RAGE 2 will shed memories of its humble parentage until it releases next year.