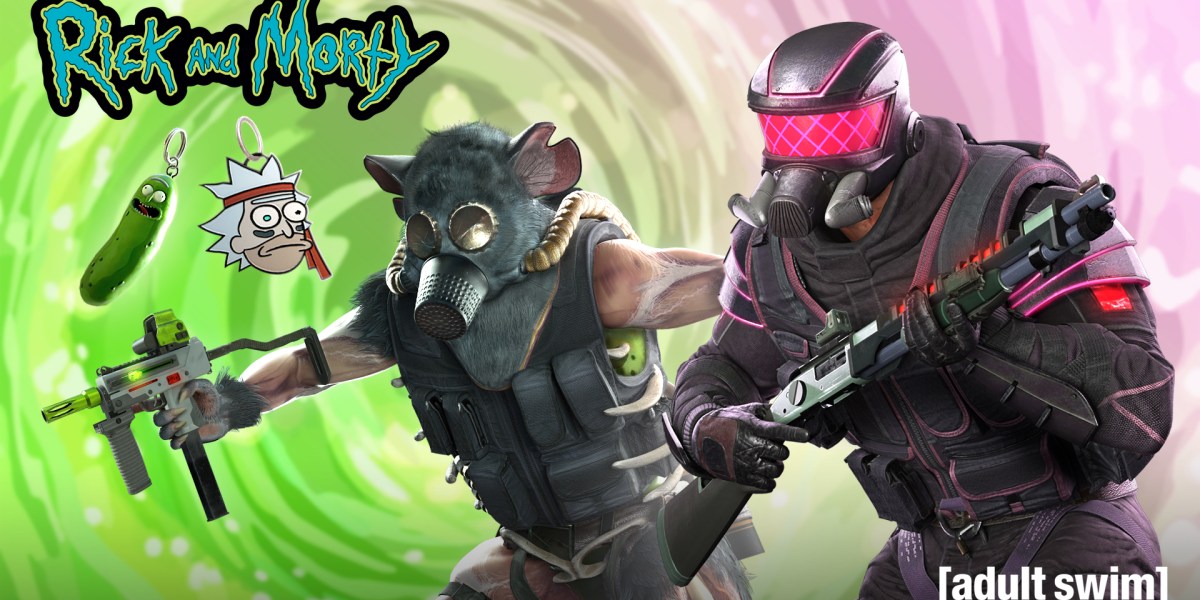 Here’s a weird combination for you: Rick and Morty meets Rainbow Six Siege. Yeah. Ubisoft and Adult Swim announced today that two Rick and Morty-inspired cosmetic bundles will arrive in the tactical shooter tomorrow. It’s an interesting choice, but this cartoon crossover is just one of many unusual collaborations to appear in Rainbow Six Siege‘s Year 6, including a Resident Evil skin a few weeks ago.

According to the press release, two Rick and Morty bundles will arrive to the game on April 15. The Sledge Gromflomite bundle features a uniform and headgear, a Federation Defense attachment skin, a Sledge M590A1 skin, and a Seal Team Rick charm. You can also channel Pickle Rick with the Smoke Pickle Rick bundle. This collection includes a Rat Suit and headgear, as well as a Portal Gun attachment skin and a weapon skin. Oh, and a Pickle Rick Charm, of course.

Each bundle will 2160 R6 credits. Ubisoft shared a trailer to give a sneak peek of the exclusive gear, featuring scenes from the Adult Swim cartoon. Seeing that Rick and Morty rat gear in 3D does not feel right, but hey, maybe it will be worth it. Ubisoft apparently has even more collaborations in store for Rainbow Six Siege, so things may get even weirder. Check out the full trailer below:

There’s still plenty in store for Rainbow Six Siege Year 6. The game just recently received a Resident Evil Zofia elite skin inspired by Jill Valentine’s original STARS outfit, with another Resident Evil crossover coming later in the year. Former Ghostwire Tokyo Creative Director Ikumi Nakamura had a hand in creating a few skins for Rainbow Six Siege this year, so those should look great. Later, we can expect to see new Operators, map redesigns, and gameplay improvements, including the option to fully customize Operators. For now, you can enjoy running around as Pickle Rick.