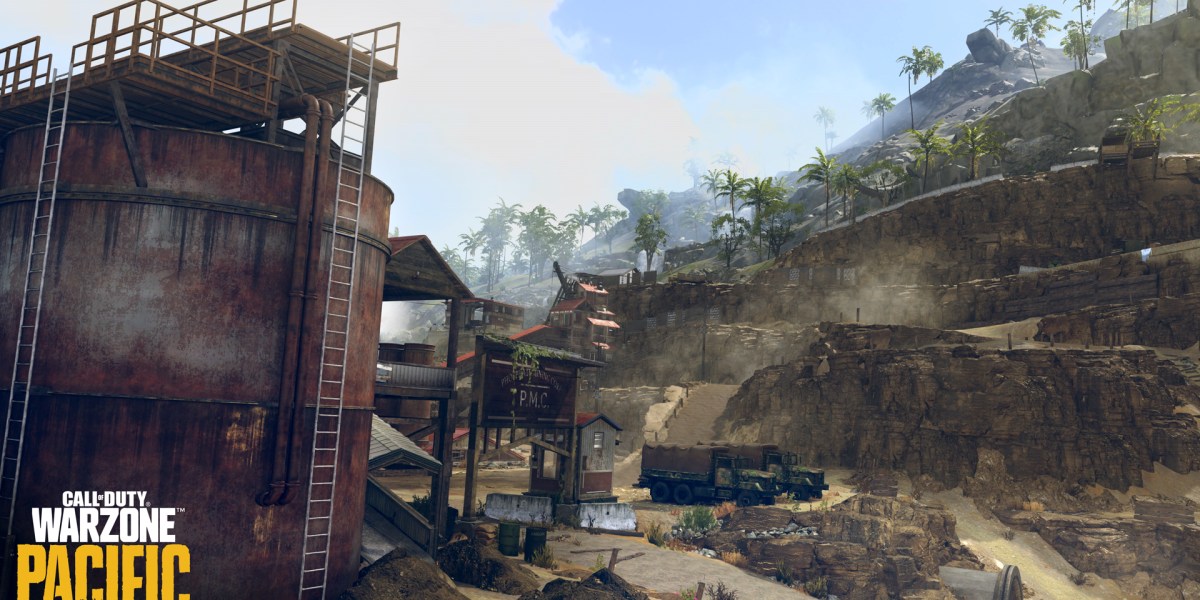 Leading up to the integration between Call of Duty: Vanguard and Warzone Pacific, players were looking forward to a brand new map. After playing Verdansk for almost two years, Caldera has definitely shaken up the battle royale. The new map has received mixed responses from fans and the amount of bugs in the game is causing frustrations. However, a player has recently made an unusual discovery during a match. Warzone Pacific has been available to play for over a month, and it appears that map changes could be on the way in the near future.

The Warzone Pacific player known as @KillerStidge posted a clip of their discovery on Twitter. The player is seen roaming around the Mines point of interest. If you take a close look, you can see that the buildings on the screen do not match up with what is shown on the mini-map. Towards the end of the clip, it appears that a large rectangular building is actually missing.

Shortly after the clip was posted, Raven Software provided a response to the tweet. The team teased a potential map change coming to the Mines area in Season Two. For now, we are left guessing at what this could look like. We can assume that the point of interest will resemble the mini-map. But who knows what surprises are in store?

At the time of writing, it is still unknown when exactly the Warzone Pacific map change will be made. Raven Software confirm that it will arrive in Season Two, which has been delayed until February 14. However, the change could be implemented as a part of the mid-season update. Additionally, it is possible that other points of interest could receive some adjustments. There is no doubt that Raven Software will share more details closer to the time.

Maybe the Map knows about a change coming to this area in Season 2?