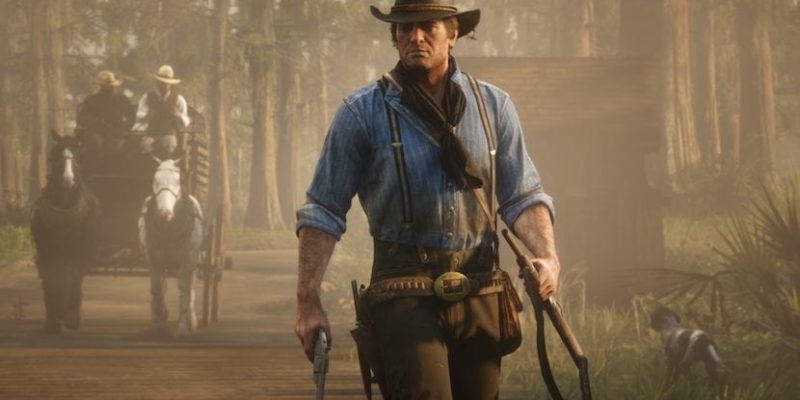 Following its successful stint on consoles last year, Red Dead Redemption 2 is about to shoot ‘em up on PC next month. But while players wait, Rockstar Games has a new trailer that showcases its stunning 4K visuals.

The clip runs just under a minute, and doesn’t divulge any story details fans might have missed. However, it does provide a good look at how well the game runs — with the right system specs, of course.

What does it need to run?

Based on our previous report, you’re going to need a pretty moderate gaming PC to run RDR2 at maximum speed. What’s more, you’ll need to clear some hard drive space — it requires 150GB.

But as you can see in the trailer, once those are in place, the visuals really pay off. The game runs in stunning 4K at 60 frames per second. What’s more, it doesn’t look like it misses any details. Even the smaller things, like an eagle touching down on the water, absolutely shine. This could easily be the best-looking version of Red Dead Redemption 2 to date.

For those that haven’t pre-ordered the game just yet, Rockstar Games still has a swell deal going on. Those that pre-order through the company’s Launcher can grab two additional games at no charge. These include various Grand Theft Auto games, as well as the complete Max Payne 3 experience, Bully, and L.A. Noire. The choice is yours.

Other pre-order bonuses include the Outlaw Survival kit, a special War Horse, a Treasure Map, and more. It’s a bountiful bunch of goods for those that want the ultimate experience from the game. More details are available here.

Red Dead Redemption 2 arrives on November 5 for PC. Those that want to play it sooner can do so, as it’s been out on Xbox One and PlayStation 4 for nearly a year now.