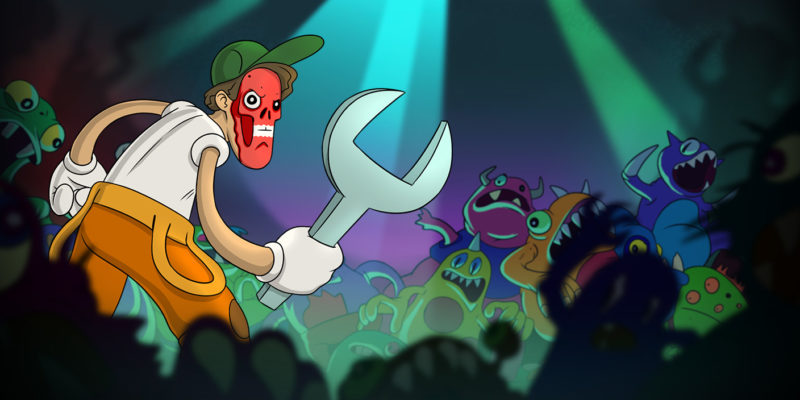 Developer Rustic Funtastic and publisher 101XP have announced the genre-mashing Redneck Ed: Astro Monsters Show with a smashing teaser trailer. The maniacal genre cocktail is a satirical, arcade-style beat ’em up that follows the misadventures of a mechanic named Ed.

Ed is a simple mechanic. There’s nothing out of the ordinary about him… except, he’s lost his face. And, naturally, he would like it back. That’s where this offbeat story begins. Where it ends is entirely up to you. Redneck Ed has multiple endings for you to discover, based on which side quests you choose to complete throughout the game.

In his search for his face, Ed somehow gets swept into the world of intergalactic show business. And it’s ruthless. At any moment, the producers could cut your deal – and your head off. So, you’ll battle endless waves of monsters, fight in arenas, solve puzzles, upgrade your abilities, and get to know the inner workings of the most sadistic game show in the universe. 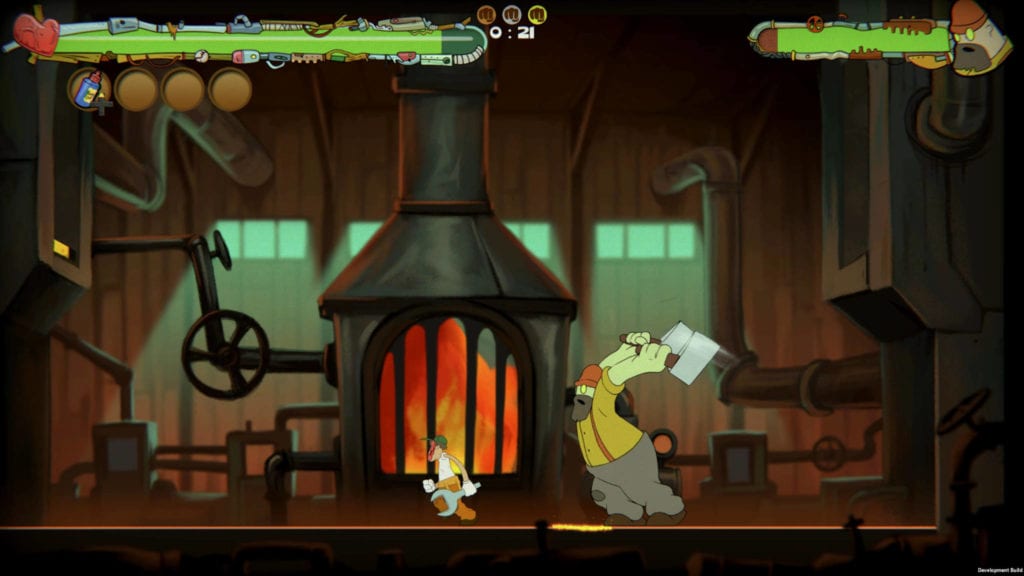 Sometimes a giant monster just wants to introduce you to his axes.

There are 15 hand-drawn levels for you to overcome, with tons of clever Easter eggs hidden throughout. And not every monster or alien you encounter will want to immediately kill you. The locals have plenty of tasks for you to help them with, so you’ll surely get your hands dirty. But there’s nothing a trusty wrench to the face can’t solve. And who knows, you might even find some allies to help face your problems.

Redneck Ed: Astro Monsters Show is currently in development, so there are sure to be more updates to come as it makes its way towards release. Unfortunately, there is no definitive timeline on when that release might be. However, if you like what you’ve seen so far from the Redneck Ed teaser, you can add the game to your Steam wishlist. 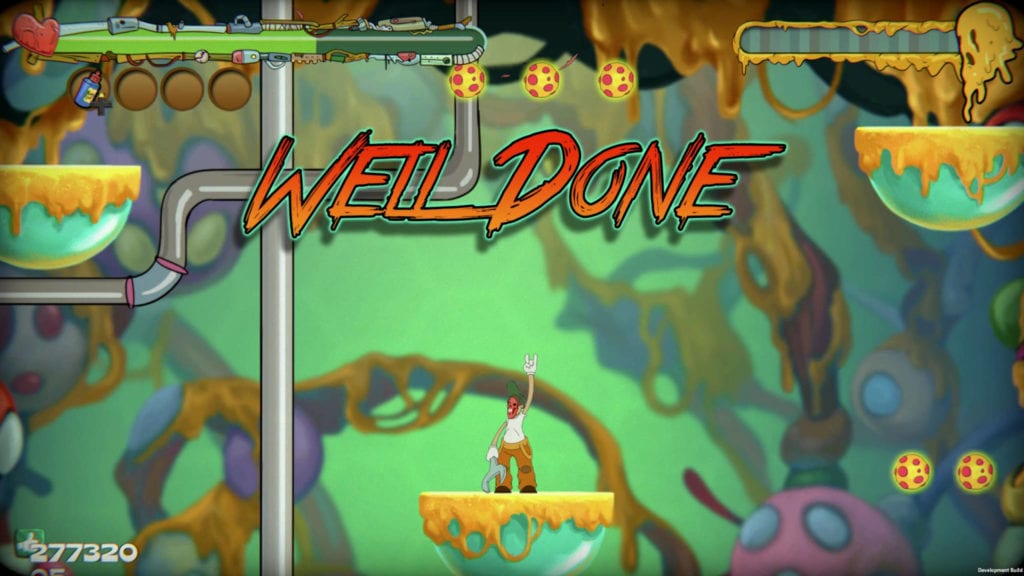 Positive reinforcement will overcome even the most monstrous monsters.