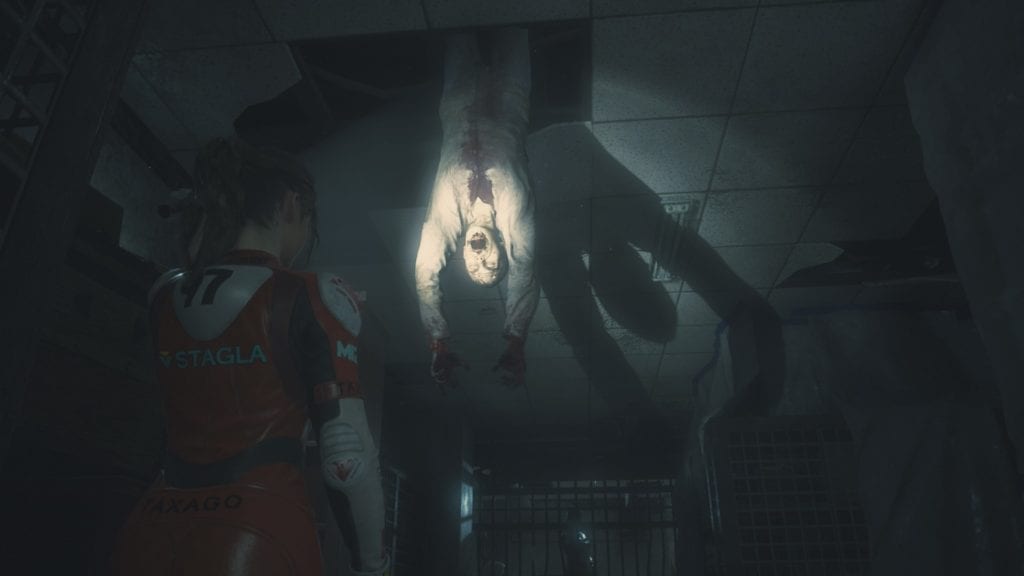 The success of video games has often been tied to their respective player counts. The more people are playing, the healthier its player population and the likelier it is that a lot of folks ended up buying it. We did a little bit of Steiner Math, and it seems the numbers on Steam don’t lie. The Resident Evil 2 remake has had a fairly successful launch and is running full speed ahead. Here’s what we have from Steamdb: 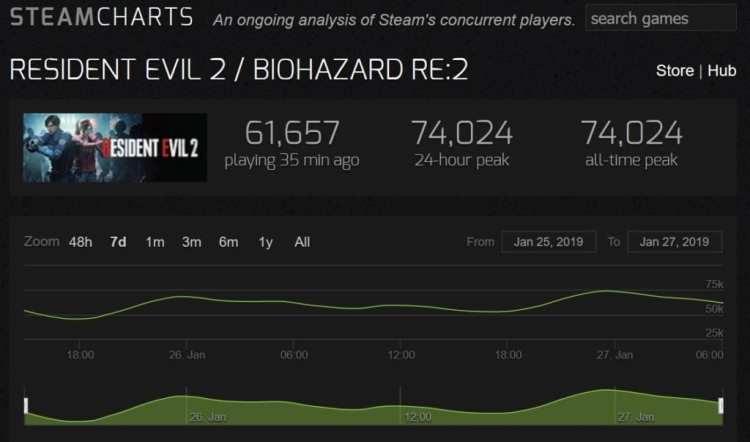 Resident Evil 2 has over 74,000 concurrent players on Steam. Of course, that may not seem much compared to multiplayer games like Dota 2 or Counter-Strike. It isn’t even on par with Capcom’s other hit Monster Hunter: World. However, for a survival horror game — or more specifically, a Resident Evil game — that’s more than enough to topple all of its predecessors combined.

Going by Steamcharts’ records, the previous game in the series, Resident Evil 7 only had an all-time peak of 18,211. The Resident Evil 2 remake’s peak player population is already quadruple that. Adding all the main numbered games in the series including the Revelation games, you’ll only have around 48,000. The remake easily dwarfs that combined total.

It might be no surprise for many fans of the franchise. The Resident Evil series has been a mainstay of the survival horror genre. Sadly, some titles are hit or miss. Resident Evil 7 rebounded from the issues that plagued its predecessor. Now, the Resident Evil 2 remake cashes in on the success of its original iteration 21 years ago.

By following a formula, adding a few noteworthy changes, and overhauling the visuals and engine for a new generation as noted in our technical review, the remake became a hotly anticipated offering from Capcom. Combined with a free 1-shot demo that already eclipsed the RE7 demo’s numbers, and you know you can only expect good results. It’s also worth mentioning that Resident Evil 2’s Steam store page shows that the remake already has over 4,000 user reviews. It also has an “Overwhelmingly Positive” rating with 96 percent of these reviews giving a thumbs up for the game.

Dota 2’s Mars Due In February Or March