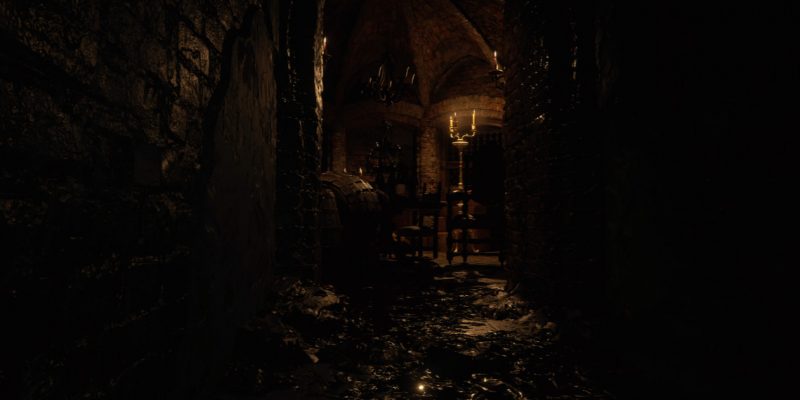 After the Resident Evil showcase wrapped up last night, Capcom released a playable Resident Evil Village demo on the PlayStation Network. Although it’s exclusive to Sony’s new machine, we thought we ought to take a look at what to expect once Village drops on PC. This teaser may lack the series’ signature combat, but it does a very good job at showing what to expect from Village‘s vampire venture.

To begin with, the “Maiden” demo drops you right into a typical, grungy dungeon. Naturally, you’ll need to escape to survive. Scramble around a bit and you’ll soon find your way out thanks to a conveniently placed note plus a tool or two. The user interface, inventory systems, and how you interact are very similar to the latest crop of Resident Evil games. In that sense Village feels like a real sequel to Resident Evil 7. Especially here in this dark, dingy dungeon where the mood mirrors the Baker Ranch from RE7.

Once you picklock your way out though, Village takes a turn towards the grandiose. The body of Village‘s Maiden demo takes place in a more pristine looking castle, where the walls glimmer and the furniture looks a bit too neat and tidy. It’s here where Village‘s visuals really shine, and we have to admit that the demo running on PS5 is a bit of a stunner. Texture detail is fantastic, and Village‘s use of interior lights and dark hallways sets up the exact atmosphere you’d want. That’s not to mention the various creaks and cracks we heard throughout the demo. We can only imagine what this thing is going to look like when running on a beefy PC. 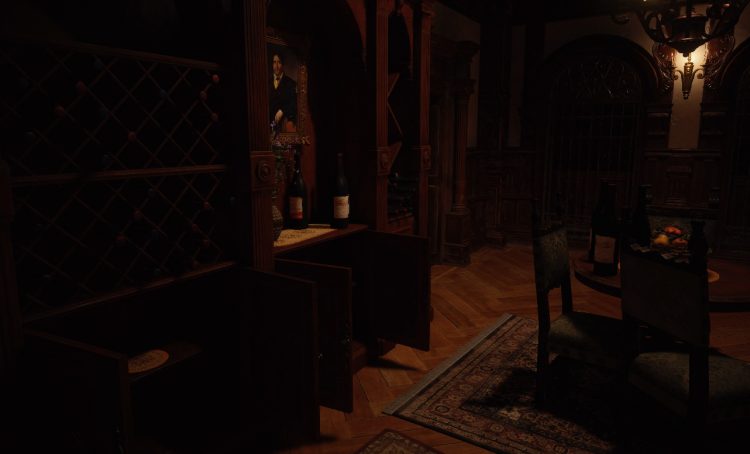 You can’t close cupboards in the demo, which made me feel uneasy.

Gameplay wise, Maiden focuses on puzzles and exploration above all. There’s no combat encounters present aside from running and hiding, so we didn’t get the chance to test out any new weaponry. Based on the game’s inventory system and general familiarity, we expect gunplay to feel mighty similar to 7. That’s no slight though, and Village‘s environment already makes things feel quite different to recent entries.

Once you’ve wandered about a bit and figured out what to do, the vampire ladies arrive. Again, due to the lack of combat, enemy encounters felt like an Outlast chase sequence, although this time you’re left with a conundrum. Do you run, or do you embrace your new pair of vampire friends? 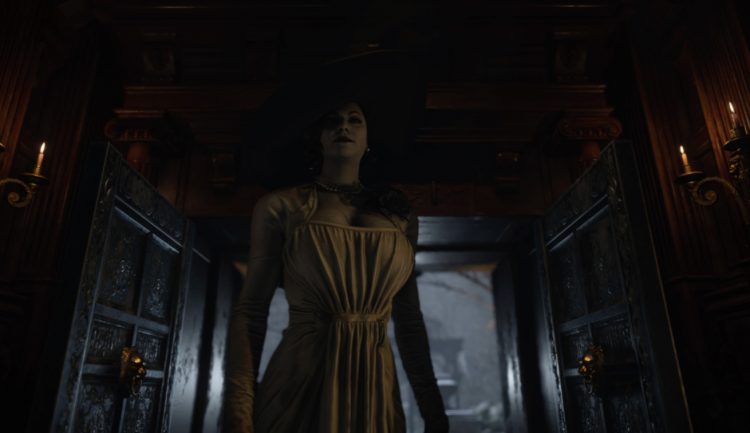 Anyways, it’s here where you get a tease of one important aspect of Village, the village itself. Maiden‘s final room features some bright open windows with a peek at the snowy outdoors. This looks like another big visual departure from RE7, and we’re real excited to go exploring. The game’s snowy setting had a Resident Evil 4 vibe based on the previews so far. If the indoor visuals are anything to go by, it should be quite a step up in the great outdoors too.

So, the Resident Evil Village Maiden demo leaves a mighty fine impression. While we could only play on PS5, it’s a gorgeous new step for the RE Engine and we just want to play more. Village‘s outdoor spaces could also lead to some fantastic new combat encounters not seen in the past few titles, and all the pieces are there for this to be a thrilling new entry in the series.

By Andrew Farrell5 days ago
Opinion