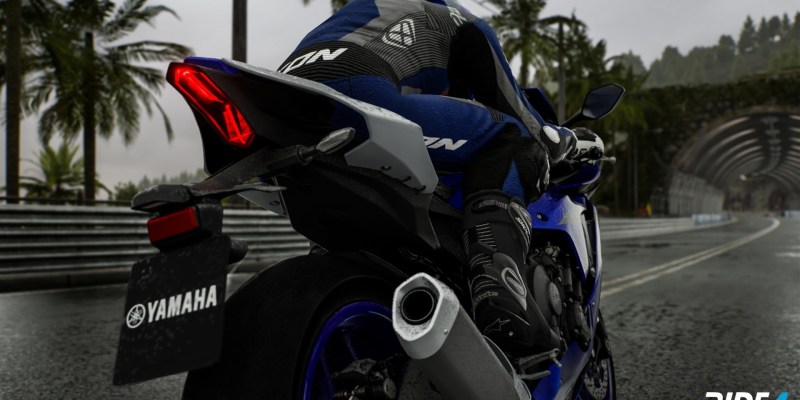 RIDE developer Milestone has unveiled a brand new RIDE 4 gameplay trailer for the fourth entry in its popular biking series. RIDE 4 arrives on PC this October and “aims to be the definitive sandbox for all motorbike enthusiasts,” according to the developer. The series has built a decent reputation since it burst onto a threadbare scene back in 2015. While the first game is rough and lacks a sophisticated physics system, each iteration has improved the foundations, and by now it’s one of the only decent motorbike series’ out there.

The gameplay trailer doesn’t actually show that much raw RIDE 4 gameplay. What’s shown is in-game though, and it displays improved visual fidelity over the last release, RIDE 3. Even the brake fluid is real liquid with the physics to match, so Milestone is going the extra mile to immerse biking fans. The battle of red vs blue vs black takes up the rest of the trailer, as the racing pack ride through a quaint European-looking town.

The ride of your life

The developer has promised to reveal fresh details on the game closer to launch. Milestone says that “RIDE 4 will include several astonishing new features never seen before in the series.” Cross-play and a shift to next generation technology perhaps? Both are the norm right now in the industry. Either way, there’s only one direction this series is headed right now and that’s good news for bike racing enthusiasts.

However, to set itself apart even further, we’d love to see some sort of open world RIDE game in the future. Think Forza Horizon for bikes, a huge playground with different settings to go cruising around in. Burnout Paradise‘s Burnout Bikes update is the only bit of open world biking we can think of in recent memory. There’s definitely the space on the market for it then.

For now though, RIDE 4 arrives on PC this fall.