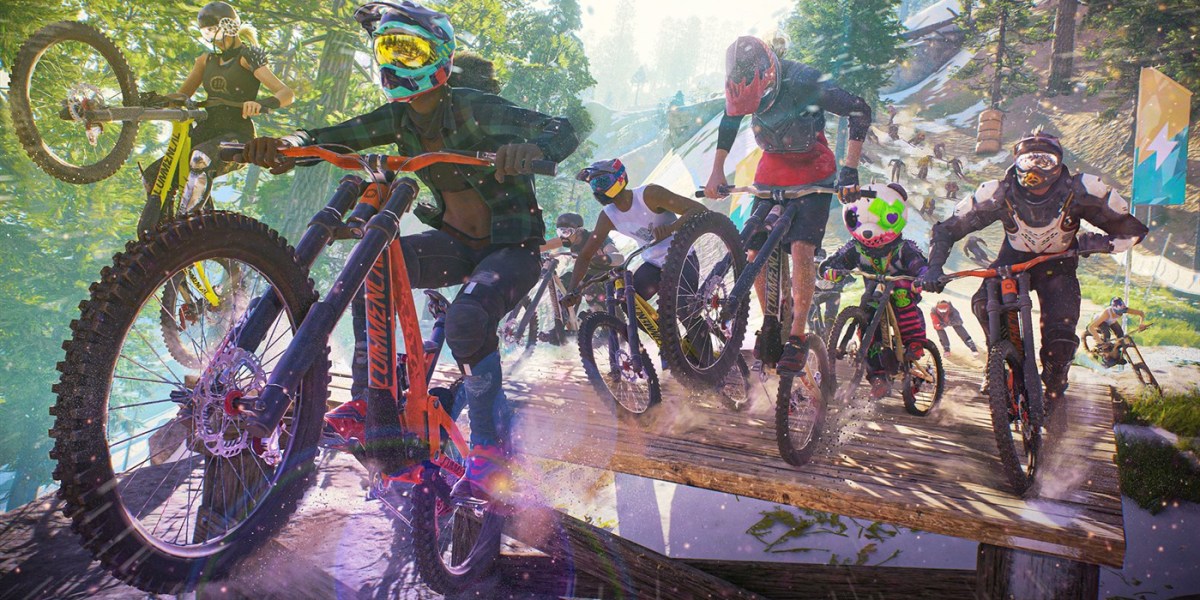 Riders Republic has just concluded its closed beta and I was lucky enough to snag an invite to the slopes. I spent a couple of days exploring the range of mountains, trying different events, and getting a feel for the extreme life. I tried my hand at mountain biking, road racing, skiing, snowboarding, and even jetpack racing – there’s a lot you can do. Now it’s time to chill and discuss my impressions of the Riders Republic beta.

One of the best things about the extreme sports simulator is the incredible amount of variety it has. Not only are there plenty of disciplines to learn, but there are also numerous mountains, different types of events per sport, cosmetics to collect, sponsors to manage, secrets to uncover, and more.

I’m a massive fan of snowboarding and mountain biking out in the real world. So, a game that gives me a chance to taste that feeling on my PC is a dream come true. And I must say, Riders Republic does an admirable job. When you nail a segment, zipping through corners and stomping jumps, you get that same sense of flow you would from the real-life sport. It’s remarkable that the developer managed to capture it so well.

Having said that, bike riding and snow sports are far better than jetpack racing. Most of the time it feels slow and dull. The only feeling I got from it was that my controls weren’t responding properly. And the wingsuit isn’t any better. After a while, I started avoiding the flying events in favor of the far more enjoyable ground sports.

Welcome to the Republic

Your journey to extreme sports icon begins with you being shown the ropes of the Riders Republic. More accurately, the bikes, boards, skis, and jetpacks. You’re shown around by a woman called Suki, who is trying way too hard to be cool. Her choice of phrases is far more cringe than radical. Still, her information is useful because there is a lot going on and a lot to do in Riders Republic.

Suki will introduce you to a guy named Brett, the veteran-turned-chef who takes a chance on a young rider with talent. That’s you. Brett is a lot more endearing than Suki. He’s kind of a mix of Han Solo, Ryan Reynolds, and The Dude from The Big Lebowski.

You’ll start out by competing in events for the various disciplines. This serves as a tutorial disguised as an extreme sports show. I liked it. And don’t worry about messing up or missing stuff, you can go back and do absolutely everything. The career path is one element of the game. You’ll earn stars that unlock better gear. You’ll also get sponsors and unlock new events by progressing through it. It’s a great place to get a feel for your rides.

Once you’ve completed a few events, you’ll be let loose in the overworld. This is a social hub that encompasses all the mountains in the game. It’s massive and it’s teeming with players. Thankfully, you can quick travel between certain points. I do wish you could just begin events immediately without the need to travel to them. The world also has points of interest and secrets scattered around it. You can check these out on your own time to earn more stars. Ironically, they’re not that interesting.

The real competition is when you go up against other players. You can do this in Mass Race, Tricks Battle, and Free For All. Tricks Battle was a surprise winner for me. You’re given free rein to do tricks all over the park. However, you also need to capture ramps and rails by outscoring your opposition on the features. It’s a lot of fun. You get lost in the challenge as you push yourself to do bigger, more elaborate tricks.

Free For All is also fun. You throw yourself down a mountain on a bike and try to perform the biggest tricks you can. Time doesn’t matter, just style points. Mass Race was the least enjoyable event for me. Going into the beta, my impression was that it would be one of the best things in Riders Republic. But packing 64 people onto one slope is a little too chaotic. The chaos can be fun, don’t get me wrong, but there’s a lot of jostling for position at the beginning and you get bumped around a lot. If you get bumped at the wrong moment, your entire race is over.

Watch my race get ended by a rogue skier.

The sound design contributes a lot to the immersive feeling of hurtling downhill. The developer has nailed the sound of brakes squeaking and tires sliding on dirt, as well as your board or skis carving through the snow. Plus, if you’re a fan of rock and hip hop from the ’90s and 2000s, you’re going to love shredding to the Riders Republic soundtrack.

Along with pursuing your dreams of becoming an extreme sports legend, Riders Republic will also have you chasing after some pretty cool cosmetics. You’ll be able to find everything from trendy and practical riding outfits to bizarre costumes. Do you want to be a giraffe while hurtling down a mountain? You go right ahead. The cosmetics in Riders Republic are cool, and there’s something to suit any mood. And the store refreshes daily, so you will always have something to chase after. 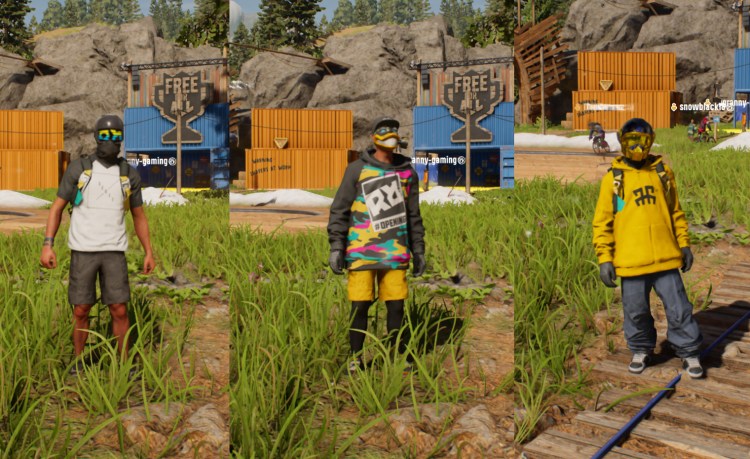 The celebrations you are forced to watch at the end of every race are far less cool. The characters look a little ridiculous doing them, and I don’t think you’d ever catch a real extreme sports athlete dancing and posing like that.

I thoroughly enjoyed most of the beta gameplay of Riders Republic. But there are a few things that I’m not a fan of. I found the camera sometimes struggled to show me what I wanted to be looking at. It was often angled towards the ground or off the side of a trail. Not ideal when you’re trying to stay on a narrow single track or launch off a kicker. Speaking of the camera, I recommend you turn off motion blur. It makes it hard to see and you really want to see what’s around you to prevent crashing, but also because it’s gorgeous.

The backtrack feature is probably my least favorite thing in the game. It feels like the developer couldn’t come up with a good solution for getting you back on track when you crash, so they settled on this. You should be punished for making mistakes. But this feels cruel and the need to activate it just wastes time.

The Riders Republic beta is now open to all. It will be available until August 28 and launches on September 2. If you’re a fan of SSX Tricky or, more recently, Steep, you should definitely drop in. You can find out more information on the game’s website.

Destiny 2: Lorentz Driver guide — How to get the catalyst and is it any good