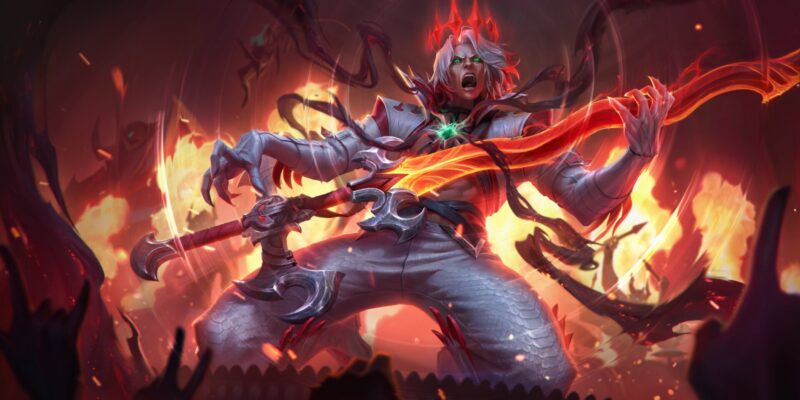 Get ready to rock and roll, because Riot Games is dropping another surprise album from the League of Legends band Pentakill. One of many virtual bands from the League of Legends universe, Pentakill represents a grittier side of music. While K/DA takes inspiration from modern K-pop and C-pop music, and True Damage with hip-hop, Pentakill is a heavy metal band with a heart of steel.

The original group has a pretty old history, comprising of some relatively ancient champions. Karthus, Kayle, Olaf, Mordekaiser, Sona, and Yorick make up the band’s original members, but the recently released Viego is joining the fray as he screams in agony… for music, of course.

The return of legends

As with the other music groups in the game, the revival of the Pentakill band also means the inclusion of some new sharp skins. The original six members actually have some Pentakill skins already, so those skins are getting upgrades instead to bring them up to modern standards. Viego is a new addition, so he’s getting a new flashy skin as he shreds his Blade-of-the-Ruined-King-themed guitar. It’s certainly fitting that the Ruined King who lost his wife decided to join a heavy metal band to vent out his frustrations.

The return of Pentakill is both a surprising and unsurprising move from Riot Games, which recently announced its intentions to expand the musical universe of its flagship games. The music department of Riot Games has seen plenty of success before, and I’m excited to see what other genres might be covered in the future.

The new album for League of Legends‘ band Pentakill is dropping on September 8. You can pre-save the album through music streaming sites like Spotify and Apple Music. The album will reportedly feature up to 10 songs, which is plenty of music to listen to as you struggle your way through League‘s competitive ranks. 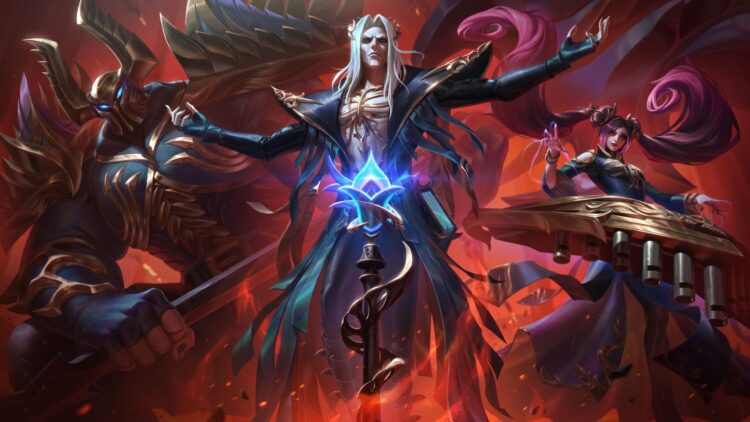 The ominous Mordekaiser, Karthus, and Sona (left-to-right) preparing for their next performance.