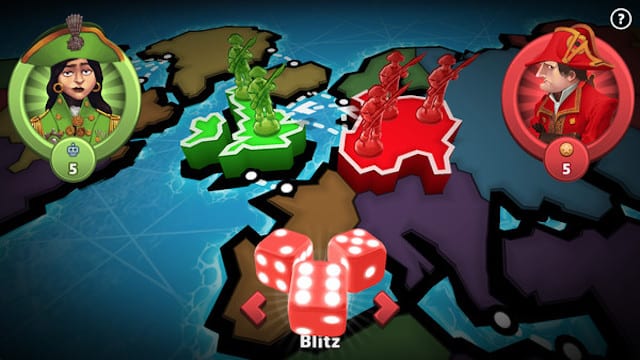 Ever want to rule the world, but lack the power — or the resources? Fortunately, SMG Studios has a way to help you out, and without feeling bad about being a tyrant. The company has announced that it will release Risk: Global Domination on Steam starting Wednesday, February 19. The classic Hasbro board game comes to life like never before. And what’s more, it’s free-to-play to start.

Based on the popular iOS and Android versions that previously came out, Risk is all about plotting to take over the world. You’ll defend territories, draft troops, and launch attacks against friends and family as you try to carry out your goal.

What’s the best way to take over the world?

There are many ways to overtake the competition in Risk: Global Domination. You can play against friends online, you can invite buddies to challenge you locally, or you can take on the single-player mode. The game follows the traditional rules of Risk, but with a high level of personality.

After you get enough practice, challenging online will really show your domination skills at work. These include joining and hosting battles against others. There’s an Automatch mode as well, in case you want to move up in the ranks and essentially rule the world.

Risk will offer up Classic mode absolutely free of charge. Those that want to explore the game further can do so with six classic and unique maps for a one-time purchase. Downloadable content will also be available, including 40 more maps and other scenarios.

You’ll be able to test your skills across over ten single-player scenarios as well. Can you beat the world dominators at their own game?! There are also variations of game modes available, including Capitals, Blizzard, Fog of War, Limited Turns and more. And with five difficulty settings, the competition will have something new in store.

Those interested in the game can go ahead and add Risk to their Steam Wishlist. It never felt so good to be so bad. (Or good, depending on how dead-on your Dr. Evil laugh is.)