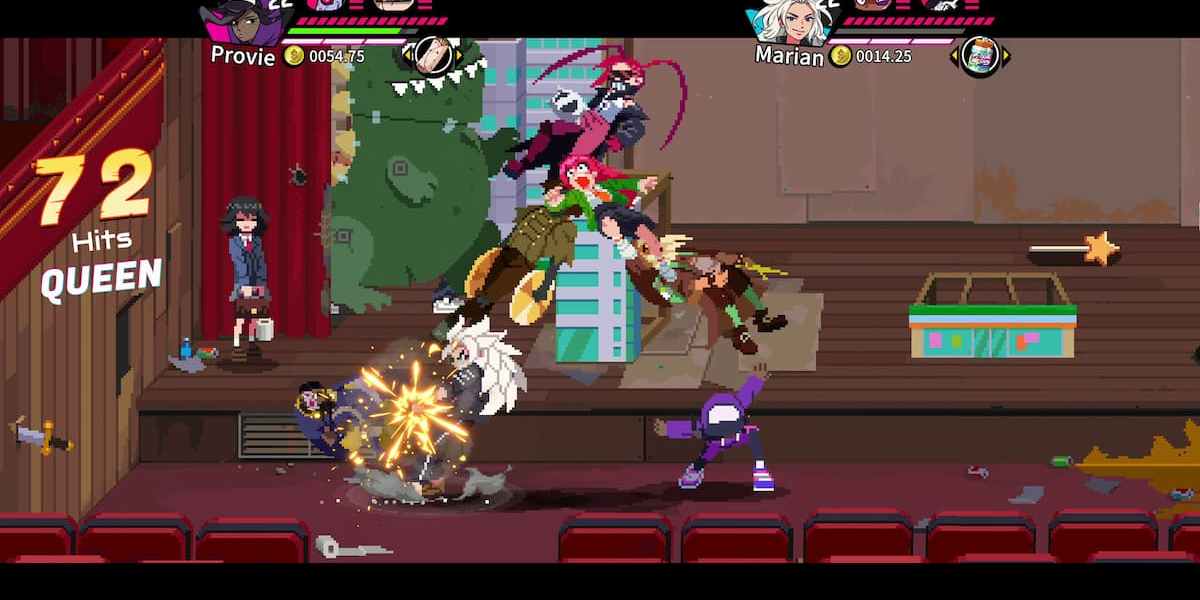 For those unaware, River City Girls 2 functions as a side-scrolling, non-linear beat ’em up that follows up on the hit 2019 game. Kyoko and Misato return from the original, but now their boyfriends Kunio and Riki as well as Marian and Provie have tagged along. This team of six brawlers has embarked on a new adventure spanning across River City in an effort to defeat the nefarious Sanwakai syndicate.

Now that more than two characters have entered the fray this time, River City Girls 2 allows for full-on four-player co-op throughout its runtime. Players generally have more moves and techniques at their disposal compared to the first game, which include guard crushes and lift-off combos. River City itself has also expanded, featuring all sorts of new areas, shops, routes, and secrets to uncover. With these new environments come additional weapons and, of course, new bad guys to take on. In addition to using your own fists, you can enlist the help of up to two hired henchmen to make enemy waves a bit more manageable.

With the Western release of River City Girls 2 coming in a little over a week, fans will soon get to try out all of these new mechanics and more. Additionally, the game will treat you with plenty of new motion-comic cutscenes, fluid animations, and catchy tunes to enjoy. 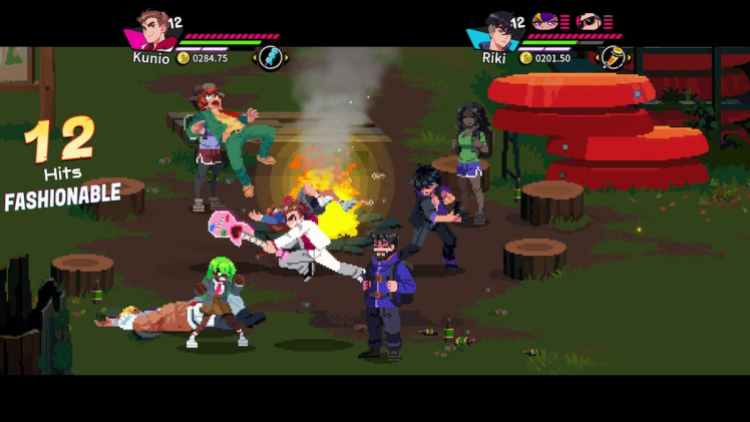