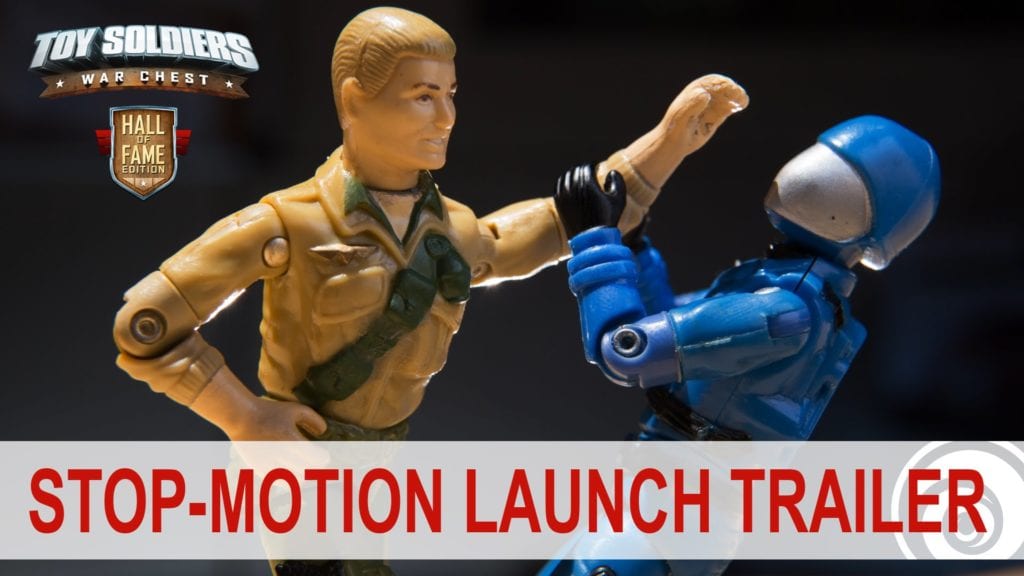 Toy Soldiers: War Chest has a new trailer courtesy of Stoopid Buddy Stoodios, the studio behind Robot Chicken and the upcoming SuperMansion.

The trailer uses a mix of live-action footage and stop-motion animation to depict a desktop battle in which G.I. Joe and He-Man face off with Cobra Commander and Assassin’s Creed‘s Ezio. And, um… it’s pretty neat “imagination come to life” sort of stuff.

I have no idea whether or not Toy Soldiers: War Chest is any good, though. I’m not a big fan of the way it’s been released in two versions, with the licensed factions being DLC (or available in the more expensive version), but the original Toy Soldiers games were a fun little diversion, so who knows? (People who’ve bought it, probably.)

You can see the new trailer below.

The Witcher 3’s New Game Plus mode released on PC