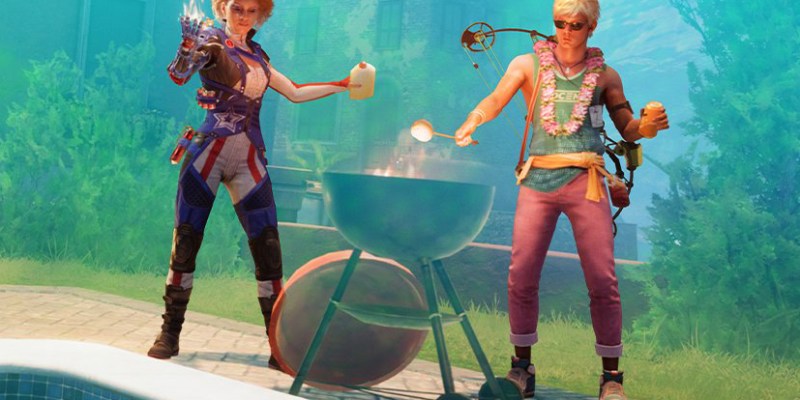 A month into its second season, Rogue Company is turning up the heat with the Hot Rogue Summer update. The patch adds a new Limited Time Mode on Skirmish maps, a collection of summer-themed Outfits, plenty of UI improvements, and some balance changes to weapons.

In the cosmetic department, there are also a ton of thematic in-game items to collect, including Weapon Wraps, Emotes, and Wingsuits.

Skirmish Team Deathmatch is the name of the Limited-Time Mode coming to Rogue Company with the Hot Rogue Summer update. It combines the classic deathmatch style with the Skirmish maps of the tactical shooter. Teams are made up of four players and the first team to get 50 eliminations in the 12-minute time limit wins.

While you are eliminated, you can access the shop. Whenever you eliminate an enemy, a $500 cash pile will drop. Picking up the pile rewards each player on the team with $500. The maps available in Skirmish Team Deathmatch are Depot, District, and Rooftops. There is a new requirement with the update. You now need to be level 5 to access Limited Time Modes. 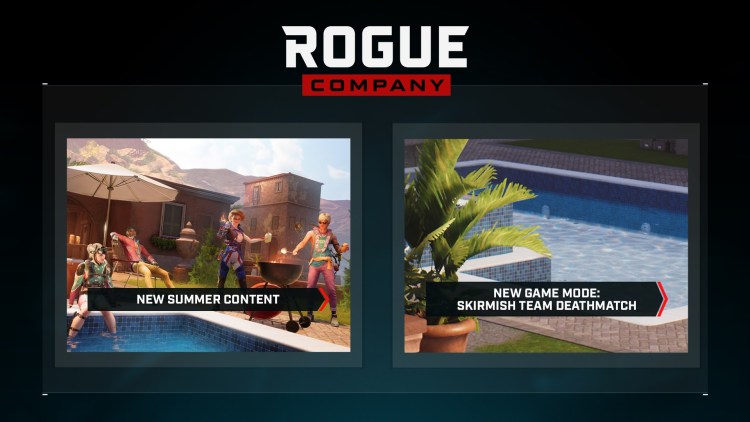 The hip-fire accuracy of the HRM-30KS and the Sahara has been reduced slightly. The Sahara also got its range increased from 19.5 meters to 21.5 meters. The final Assault Rifle change is to the MLX Mark 4, which got its range reduced from 26 to 22 meters.

The Katana, Throwing Axe, Baseball Bat, and Kukri have all had their throwing speed reverted to what they were in Season 1. The Katana will also now deal the correct amount of damage. It was doing more than intended.

The final notable changes are to elements of Rogue Company’s UI. You can now adjust the thickness and size of your crosshair – very nice. The visibility of enemy health bars has been improved. As has the visibility of teammate outlines.