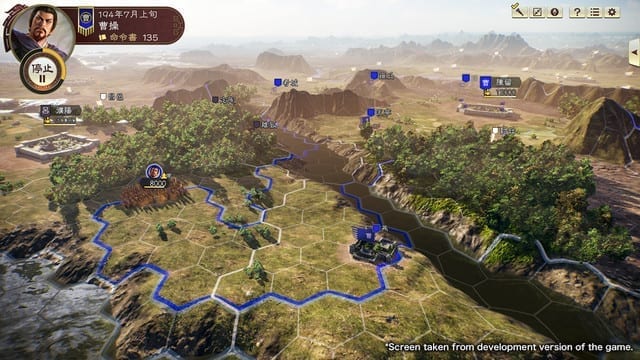 Romance of The Three Kingdoms XIV pays homage to the original game released on PC-88 back in 1985. The game’s map showcases the territory you capture using a simplified color system, just like the original. Everything from war to diplomatic affairs will focus on conquering and managing land. Players will be able to spread their dominions at will across a vast map of ancient China. The announcement trailer doesn’t really show much of the new game, but it might make veteran fans of the series nostalgic.

In this system, all actions – be they domestic, political, or military – will take place on a single map. That will allow greater individuality among characters. Officers from the Three Kingdoms, such as Liu Bei and Guan Yu, will assert themselves in various situations. This will help players fully immerse themselves into the game’s rich history.

There’s also a new “Evolved Artificial Intelligence” system that Koei Tecmo is implementing. It will aim to challenge players across repeated playthroughs. The ideals of each ruler will determine organizations, so different game experiences will be possible through different rulers. Even if you stick to a single faction, different policies will bring different strategies for political expansion and conquest. Players will be able to make use of various officers as a cornerstone of advanced gameplay.

Romance of the Three Kingdoms XIV is slated to release in early 2020. You can find more information about the game on the official website.

Are you looking forward to this new entry in the series? Do you expect it to be an improvement on past titles? Drop your comments below and tell us your thoughts!