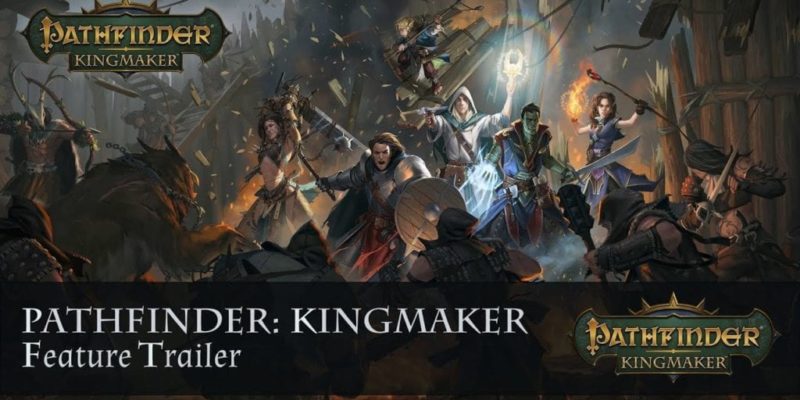 Pathfinder: Kingmaker is based on the classic tabletop ‘Kingmaker’ campaign and expands upon it offering a single player RPG experience with around 40-80 hours of gameplay in the Stolen Lands.

The new trailer covers most of the game’s features such as adventuring with a choice of ten companions, more than a thousand spells, fourteen classes, dozens of archetypes, and more. Paizo, creators of the tabletop adventure have also been chipping in to bring the game together with contributions from Creative Director James L. Sutter and Organized Play Lead Developer John Compton. They have also shared their thoughts on the game’s development in the latest Kickstarter update.

This is one game RPG fans should keep an eye on and it’s finally coming to PC this summer. And yes, like most RPGs these days, Chris Avellone was involved with this one.