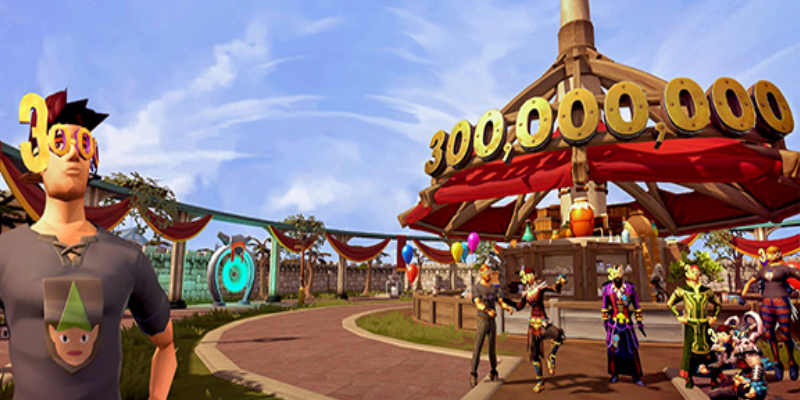 RuneScape is celebrating hitting 300 million total accounts and to celebrate, Developer Jagex is running an event dubbed the 300M Account Party. The party is being thrown to celebrate the 21-year-old MMORPG passing a milestone that most games could only dream of.

Jagex goes over the specifics in its latest developer blog post. The 300 million players’ party is hosted by none other than Party Pete. Pete is known for hosting drop parties, which are social events where players can donate items to appear in the Falador Party Room randomly. However, the drop party for this event isn’t limited to just Falador — it’s taking place all across Gielinor.

To take part you’ll first want to meet up with Pete at the Varrock Grand Exchange. Talk to him to receive a free snazzy pair of the new 300M Keepsake Glasses. Pete will then explain that his drop party hasn’t gone to plan and he needs your help to collect the scattered Balloon Fragments. Fragments can be earned by playing the game or using Treasure Hunter keys.

Once 200 Fragments have been gathered you can return to Pete. To celebrate the RuneScape 300M Account Party, and to thank you for your help, he’ll give you various goodies in return. These rewards vary from event-exclusive cosmetics, unique titles, gold, XP lamps, and much more. If you’re especially lucky you can receive a Gold Balloon for your troubles. When popped, this balloon guarantees either one of the three new Platinum Armor cosmetic sets or 300 million gold.

The 300m Account Party isn’t staying in RuneScape forever. Players who want to take part have four weeks to do so. The event started with today’s update, and will run until September 4. If you’re looking for something to do while collecting Balloon Fragments, keep in mind that Double XP begins on August 22. The double experience gained during this event should offer motivation to collect Balloon Fragments while leveling your skills. 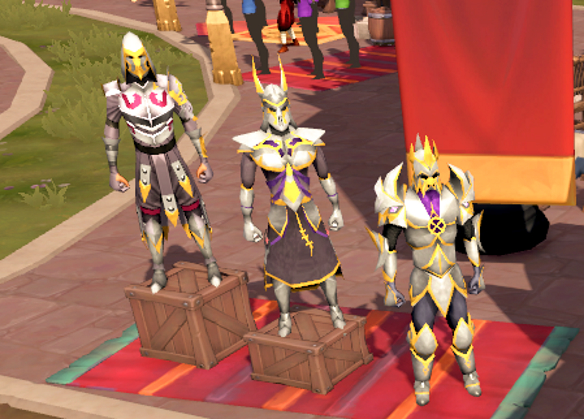 The three platinum armor sets are based on the tier 80 armor dropped by Nex: Pernix (left), Virtus (middle), and Torva (right).