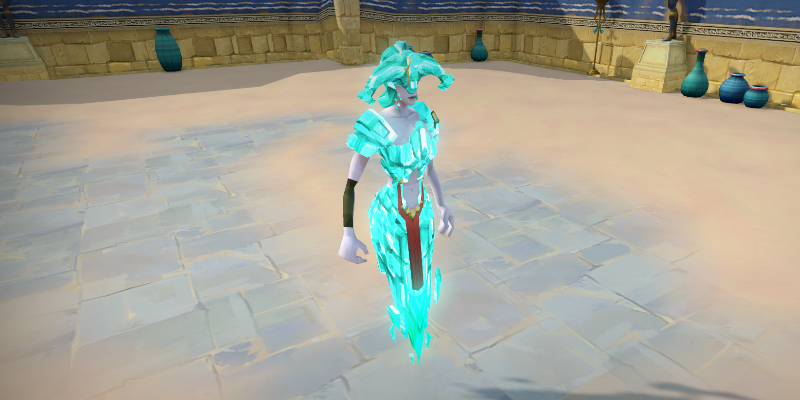 One of the most useful and profitable aspects of the Slayer skill is the Sunken Pyramid. Located in Menaphos, this pyramid acts as a dungeon that allows a player to place and farm any Slayer mob of choice with a greatly reduced spawn delay. However, the monster’s soul must first be gathered in order to do this. Of the many Slayer souls acquirable in RuneScape, arguably none are as profitable as the Capsarius.

The Capsarius is one of five Ascension Members. As with all Ascension Members, they require at least level 81 Slayer to kill. They are an appealing choice to farm as they don’t hit hard, are easy to kill, and have a lucrative drop table. Furthermore, the Ascension Keys they drop are worth up to 700,000 gold each and add up to an impressive profit of 10 million gold per hour.

The catch rate of a Capsarius soul in RuneScape varies greatly depending on a few key variables. These variables are a player’s Slayer level, if a player has an “Order of Ascension Members” Slayer task, if the player is wearing a corrupted slayer helmet, and if a cursed ushabti is being used.

The worst-case scenario is that you have level 99 Slayer, no cursed ushabti, no corrupted slayer helmet, and you are not on a task. If all of these variables are true, a soul catch rate of 1/500 (0.2%) can be expected. In contrast, a 120 Slayer with a suitable task, corrupted slayer helmet, and cursed ushabti raise these drop odds up to 1/41 (2.4%). 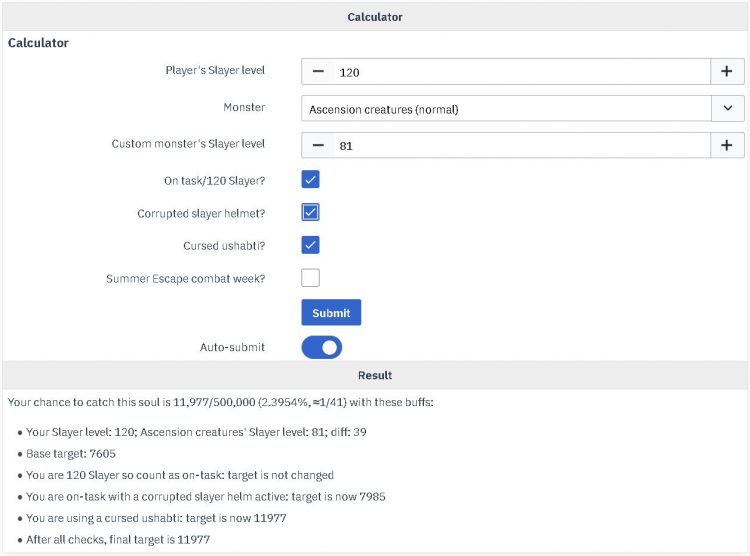 The ushabti calculator found on the official RuneScape wiki is a must-use tool when farming souls.

Given this, players who only just meet the requirements may find it worthwhile to hold off until they are at a higher Slayer level. Even with the most efficient farming method used, a 1 /500 drop chance will take around 90 minutes to farm just one soul assuming average luck.

An optimal setup for low-intensity farming requires five Capsarius souls. Unless you are prepared to spend several hours farming souls, it is recommended to wait. Although, purchasing cursed amascut sand for 6.5 million gold each can speed things up for impatient players. Cursed Amascut Sand can be combined with an ushabti to create a cursed ushabti. This increases the soul capture rate of all Slayer monsters by 50%.

Enter the Ascension Dungeon. The easiest way to get there is to teleport to the Oo’glog lodestone and run northwest. Alternatively, either a Ring of Dueling or Spirit Tree can be used to teleport to the Warforge Dig Site just southwest of the dungeon. If none of those methods are available, running south from Yanille will suffice.

To enter the dungeon you’ll need to be a level 81 Slayer on your RuneScape account, although, level 99 Slayer is needed to collect Capsarius souls. Once inside, head northeast past the Rorarius and jump across the first shortcut found. Run north until you enter a room containing four Gladius, two Caparius, and a Scutarius. 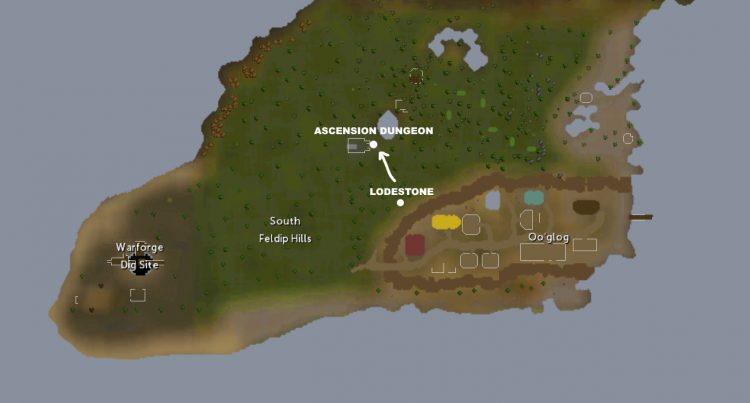 The dungeon is easy to find as it is visible from the Oo’glog lodestone.

The two rooms of interest are the first room entered and the similarly sized room to the north. Both of these contain two Capsarius spawns which can be rotated between. The most efficient method is killing one, running to the other room, killing another, and then repeating that process.

Of the two Capsarius in each room, one will always be alive if you follow this rotation. This means it’s possible to continuously farm Capsarius without having to stand around and wait. Assuming a player is fully focused and running between each room non-stop, around 340 kills per hour can be expected. However, this number will fall without quality of life items such as the Oo’glog Well Spring relic and a weapon capable of consistently one-shotting the Capsarius. 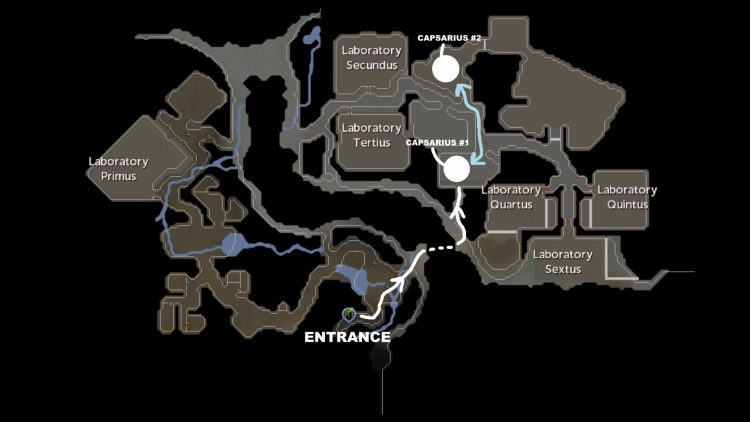 Running between the two Capsarius spawn areas uses a lot of run energy. Utilizing one of the available infinite run tools in RuneScape is advised to maximize kills per hour.

Once the desired amount of Capsarius souls are obtained, head down to RuneScape‘s Sunken Pyramid. Remember to bring the collected souls along with you. The Sunken Pyramid can be reached by heading to the Menaphos Port district and speaking to Portmaster Kags on the Westernmost dock. Ask him to take you to the Sunken Pyramid and then head inside. Finally, enter the dungeon itself in ‘build mode’ and place the souls in either the northwest or northeast rooms. Congratulations, all the requirements to farm Capsarius have been met. Now make the most of one of RuneScape’s best low-intensity money makers.