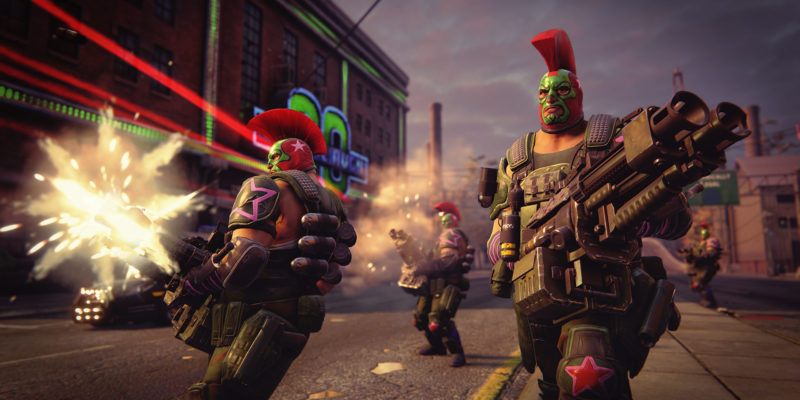 Saints Row: The Third Remastered makes its way to PCs via the Epic Games Store. Although the original (which released in 2011) was developed by Deep Silver Volition, this version is being handled by Sperasoft. Saints Row: The Third Remastered has a number of improvements such as retextured assets, upgraded visual effects, lighting and graphics tweaks, and a slew of DLC. But, how well does it look, and how well does it run? Let’s find out in our technical review. 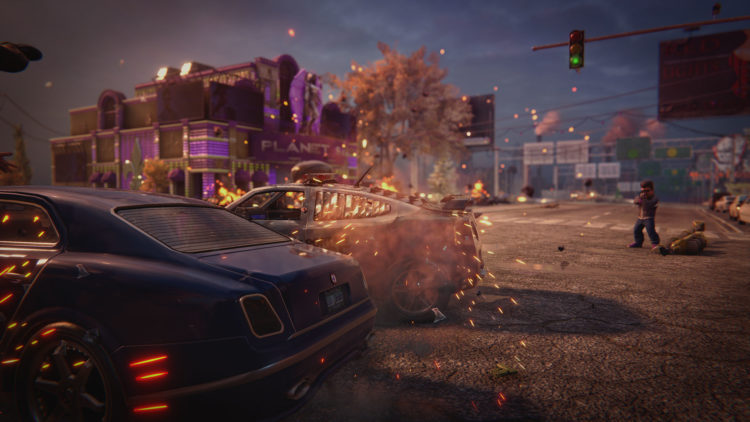 As you can see, I’m well above the recommended settings for 1080p gaming. However, I am running the game on 4K UHD resolution, so let’s see how impactful that’d be. 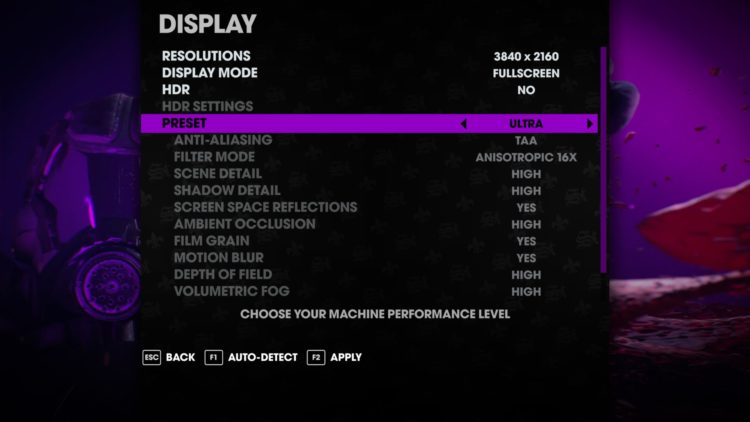 You can see the graphics settings above. There are four presets: low, medium, high, and ultra. Many of the individual options though only go up to high settings. I did disable motion blur since that just makes me dizzy while also getting in the way of taking decent screenshots.

In any case, there aren’t a lot of options here for you to change. For now, we should take a look at the differences between these graphics settings, as well as how much the visuals and lighting have improved compared to the original.

For this section, I’ve included several sets of images to compare the ultra and low presets at 4K UHD resolution. As usual, click on each image for a larger view. 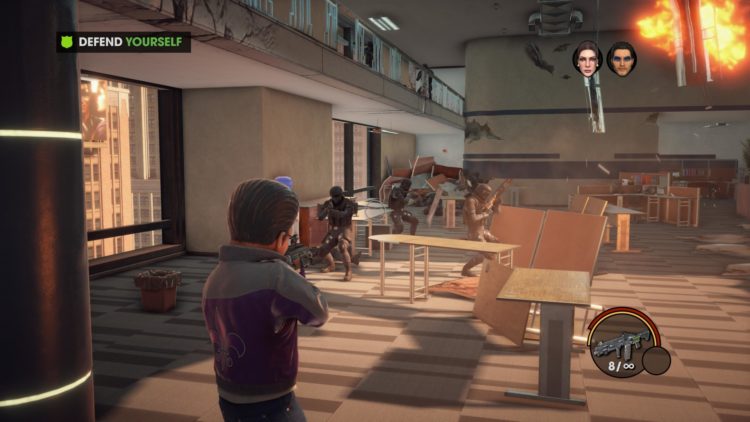 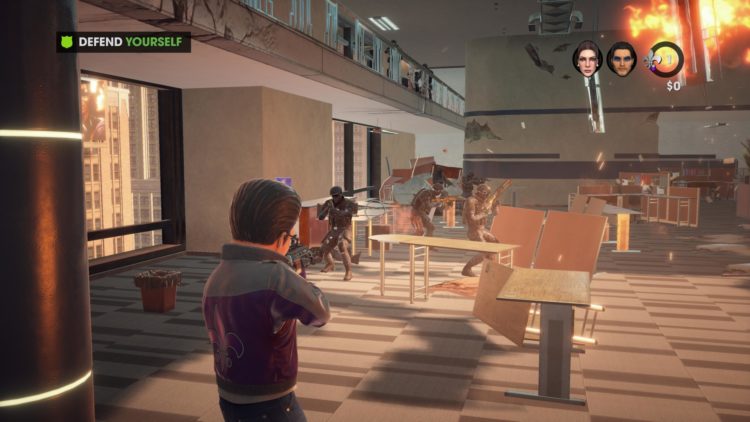 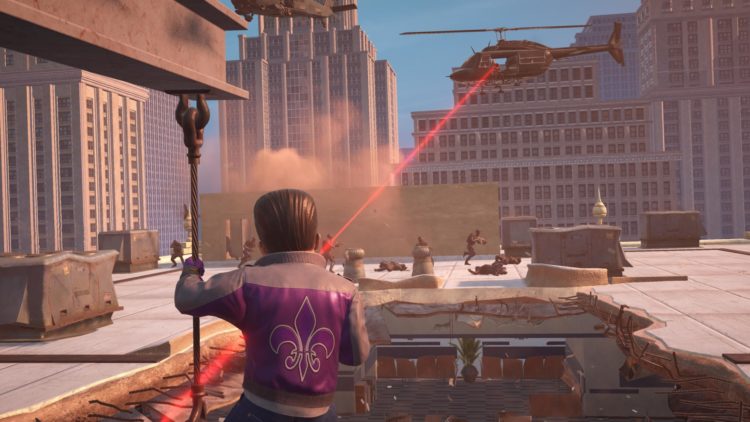 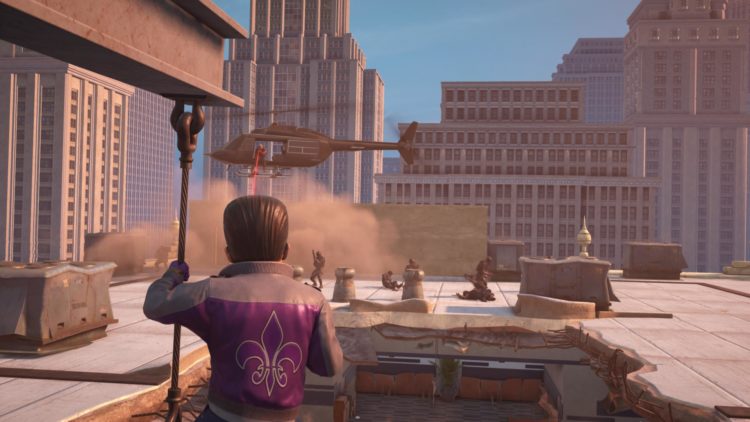 A rainy day in Steelport (ignore the shark) 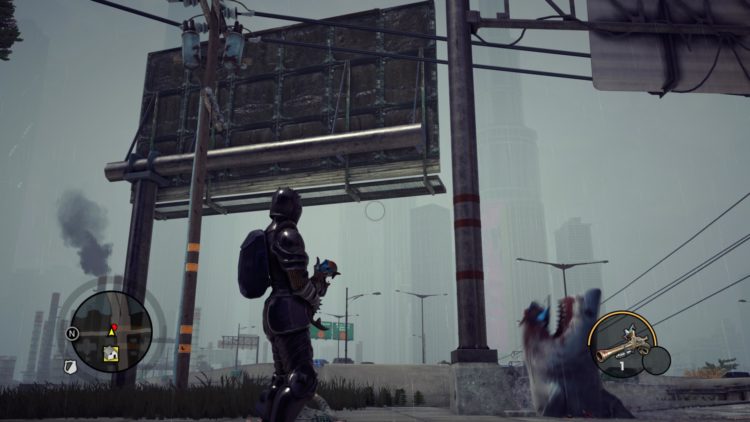 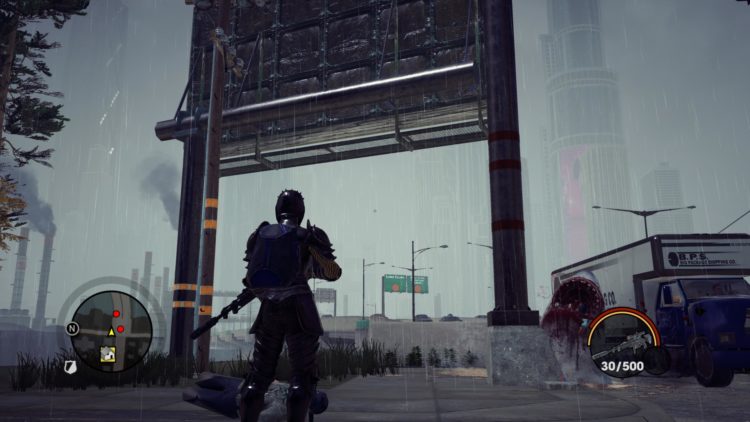 An encounter with the law 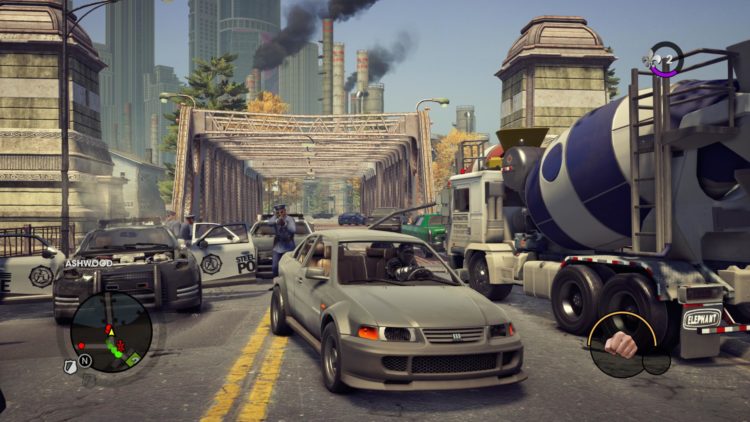 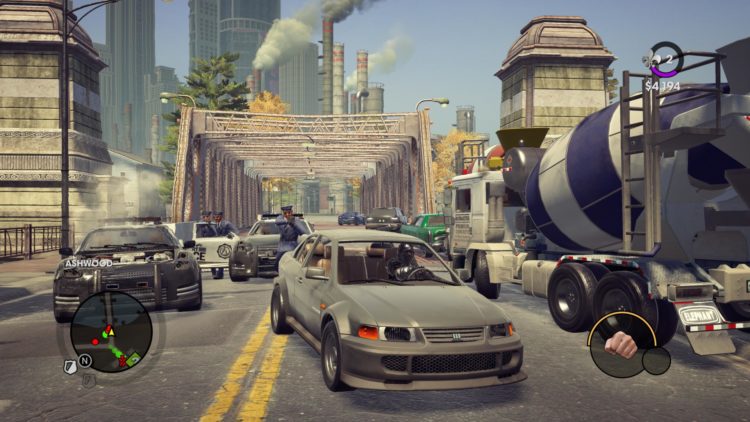 The most noticeable change here would be the texture detail. At lower graphics settings, textures just look a bit rough around the edges. You’ll also notice how shadows look frayed as opposed to having a softer feel to them. The ultra preset, meanwhile, makes these features more striking and vivid.

Next up, let’s take a look at the important comparison: Saints Row: The Third Remastered versus the original from 2011 (which I reinstalled just for this technical review). The images from the original will come first followed by those from the remaster. As usual, click on each image for a larger view. 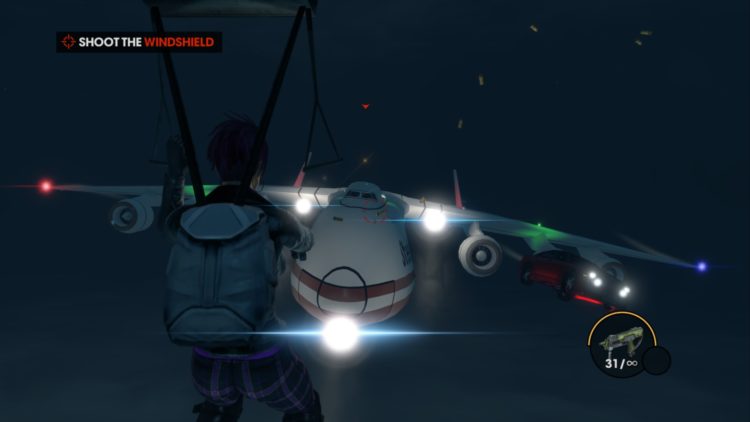 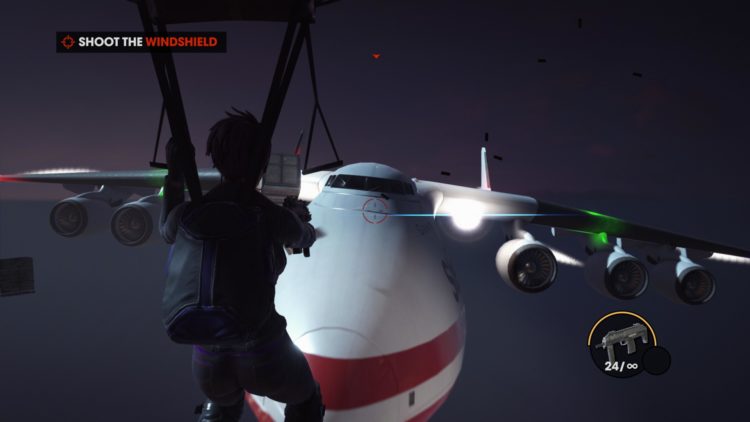 Compared to the original, the plane in Saints Row: The Third Remastered actually looks like a plane and not a prop from Toy Story. 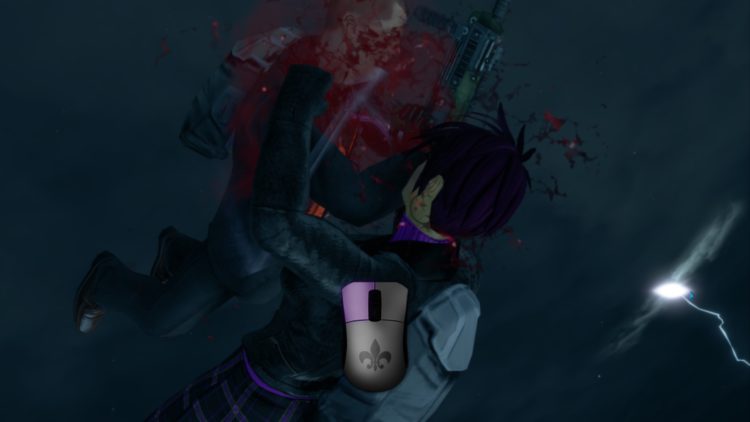 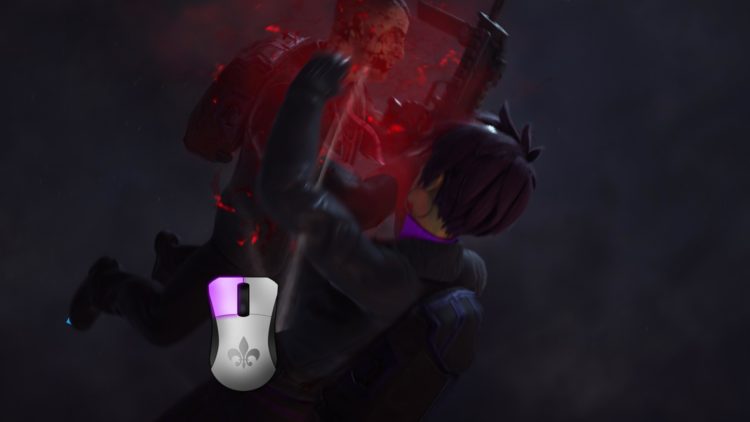 The blood effects are more detailed in the remaster as opposed to the original. You can also spot the difference in the clothing textures of the jacket. 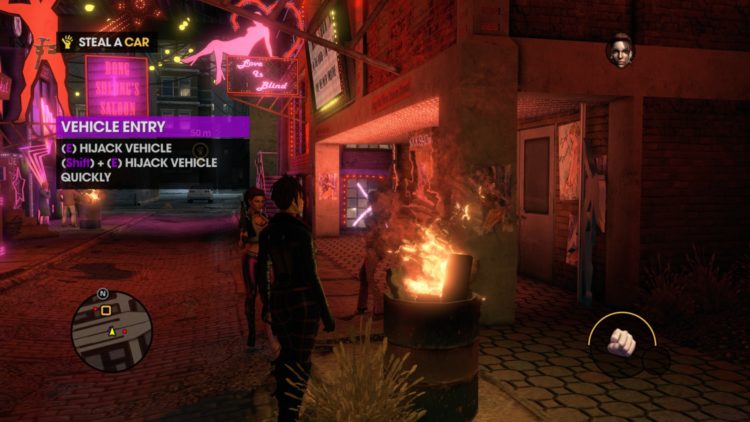 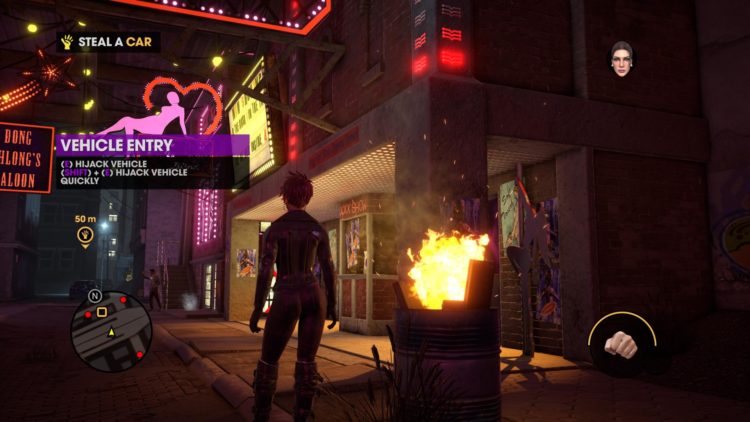 Take note of the flame effects and lightning. The former, while not perfect, would look a lot like flames as opposed to an evil spirit coming out of the trash bin. The improved lighting also provides a stark contrast when compared to the original — see those shadows? 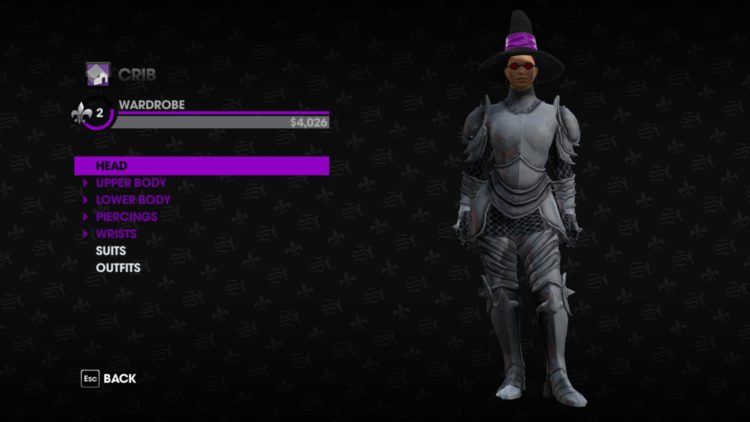 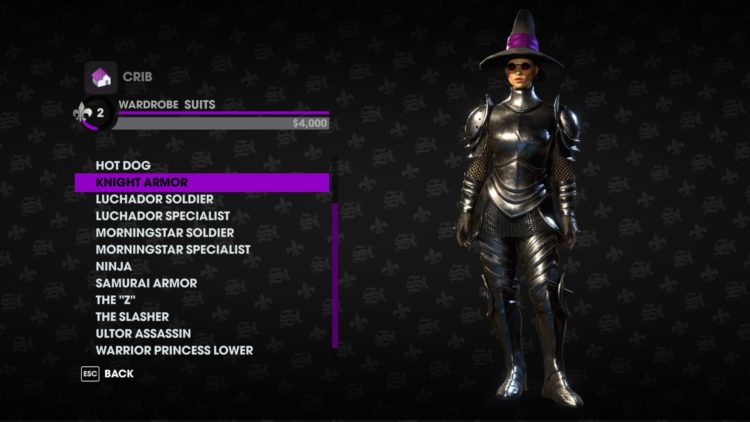 You’ll even see the metallic gloss when using the Knight Armor as opposed to the tin can version from the original. 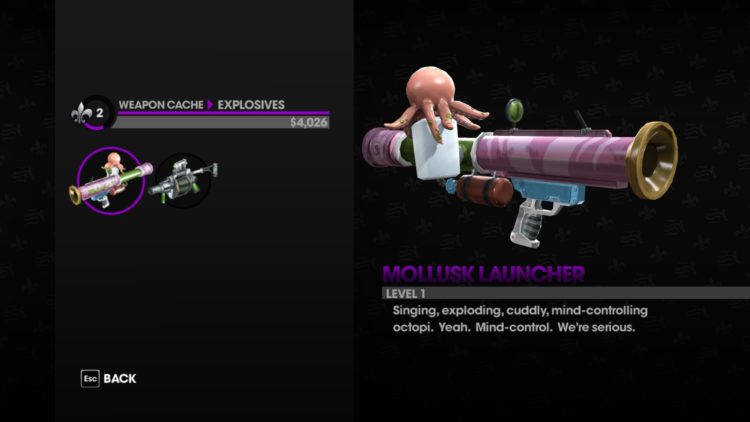 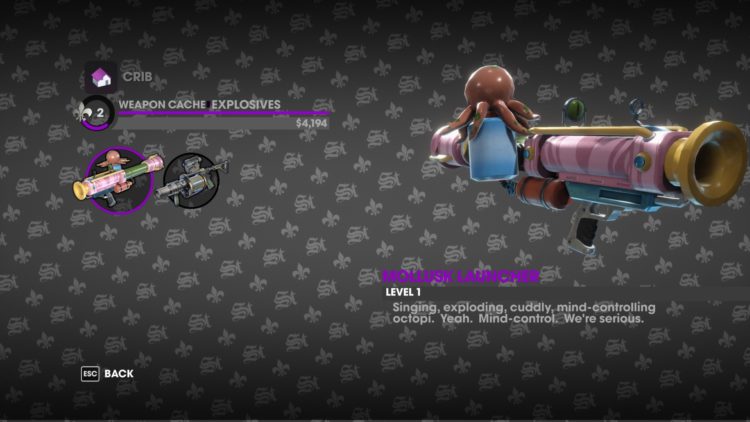 The change is also readily seen when you’re looking at weapon icons and textures.

In terms of performance, I was able to run Saints Row: The Third Remastered at 4K UHD resolution while seeing 45-55 FPS, and this was with the ultra preset. Rarely did I see the game reach at least 60 FPS. At the very least, it’s not a first-person or third-person multiplayer shooter, one where I’d really need to rely on all the frames I could get. Now, if I do switch to lower presets, the most I saw was a slight bump (around 1-2 FPS).

Will this be a major issue if you played the original? Well, I doubt it. While I was playing that version, I did mostly notice around 50-55 FPS as well (also at 4K UHD resolution). That meant the remaster provided a significant graphical upgrade without necessarily impacting performance.

However, it has to be mentioned that cutscenes are still locked below 30 FPS, a notably neglected facet even with all these improvements. Unfortunately, there’s a bigger problem with cutscenes that we’ll get to in a while.

As for character movement and animations, they remain janky and stiff (same as the original), lacking the fluidity you’d expect from today’s action-adventure games. Additionally, there’s been an issue when it comes to opening your crib’s inventory. Navigation and item selection was so clunky due to loading these new models and textures, combined with new lighting effects, that it’s as though your screen was already flickering.

Below, you’ll see the general control settings for Saints Row: The Third Remastered: 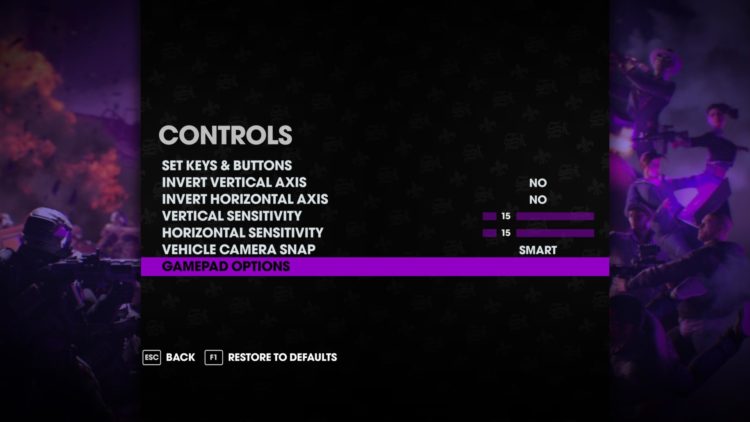 Here are the keybinds which you can change: 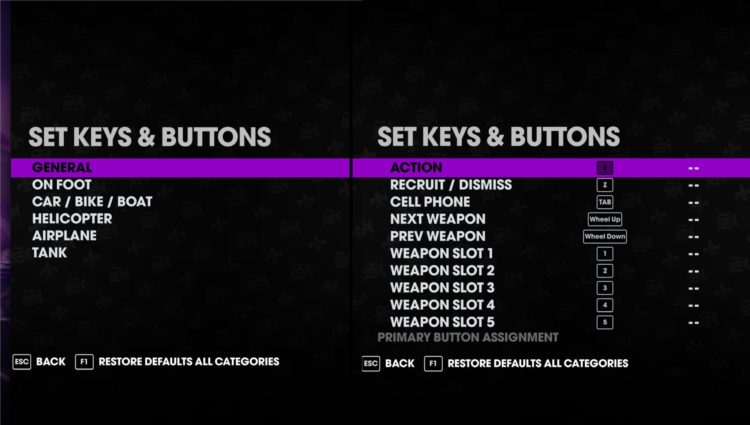 And, lastly, the button layouts/control schemes for the gamepad: 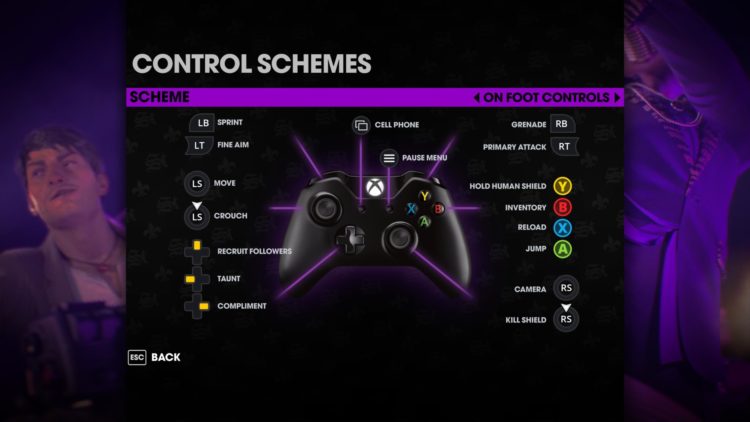 Although I do tend to play a lot of action games with a mouse and keyboard, the bane of my existence has often been any game that has a driving feature. Whether it’s Grand Theft Auto, Mafia, or Saints Row, it wouldn’t matter. If I’m walking or running, there’s no problem using a mouse and keyboard setup. As soon as I start driving, you can bet I’d rather switch to a controller. Thankfully, gamepads are supported in the remaster and the controls are responsive even when using my old Logitech F310.

Here are the various gameplay settings: 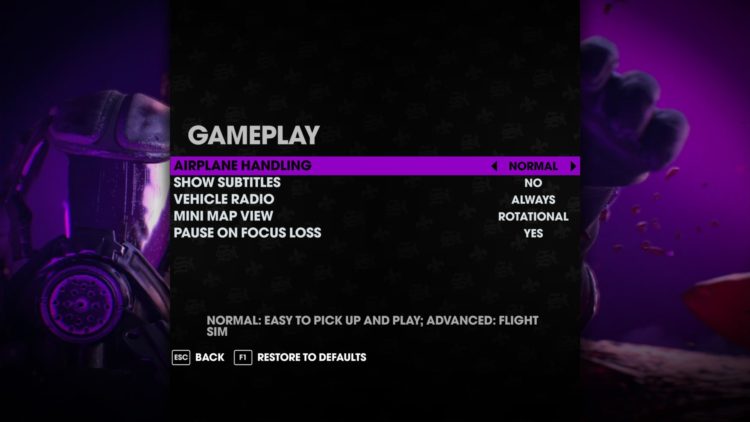 And these are the ones for audio: 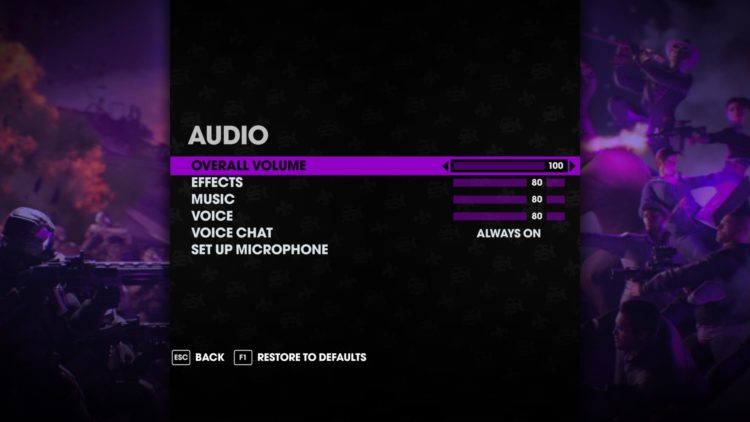 Here’s where Saints Row: The Third Remastered falls flat, and why I combined the two into one section. That’s because the game’s cutscenes are completely and woefully in need of a fix.

Although these would play properly for 10 seconds or so, the audio would suddenly get cut off. Then, the audio would return but it’d be out of sync that even the subtitles became problematic. As such, you wouldn’t experience some of these improvements outside of regular gameplay, not unless you want to be frustrated.

Saints Row: The Third Remastered – At a technical glance

Saints Row: The Third Remastered has a limited number of options for you to tweak, though they remain functional. Still, it’s improved many facets from the original release such as the graphics. Likewise, my framerates weren’t too shabby based on my setup. The lighting, most especially, creates environments that are striking and, at times, stunning.

Steelport looks more alive than ever before. Though it’s nowhere close to being on the same level as, say, Red Dead Redemption 2 or Grand Theft Auto V, you can experience the same crazy and zany antics for newer and better rigs and having a blast while you’re at it.

However, the main issue you’d likely notice would be the cutscenes themselves. As mentioned, out-of-sync audio and abrupt cut-offs will be detrimental to the player’s experience. Animations are also as stiff and clunky as before.

Lastly, not cited above but worth adding here is that Saints Row: The Third Remastered leads to unbearable slowdown when you’re alt-tabbed with the game running in the background. Of course, it wouldn’t matter if you’re focused on playing, but it would matter if, say, you’re browsing the net, using social media apps, or, in my case, writing an article. I don’t think I’ve ever experienced this much slowdown in any game I’ve covered before. 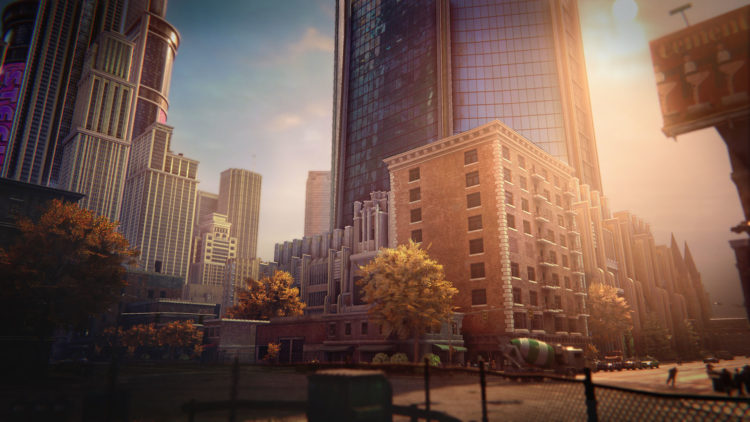 Saints Row: The Third Remastered releases tomorrow, May 22, 2020. You can purchase the game from the Epic Games Store for $39.99. For more information about the game’s content and progression, check out our official review.