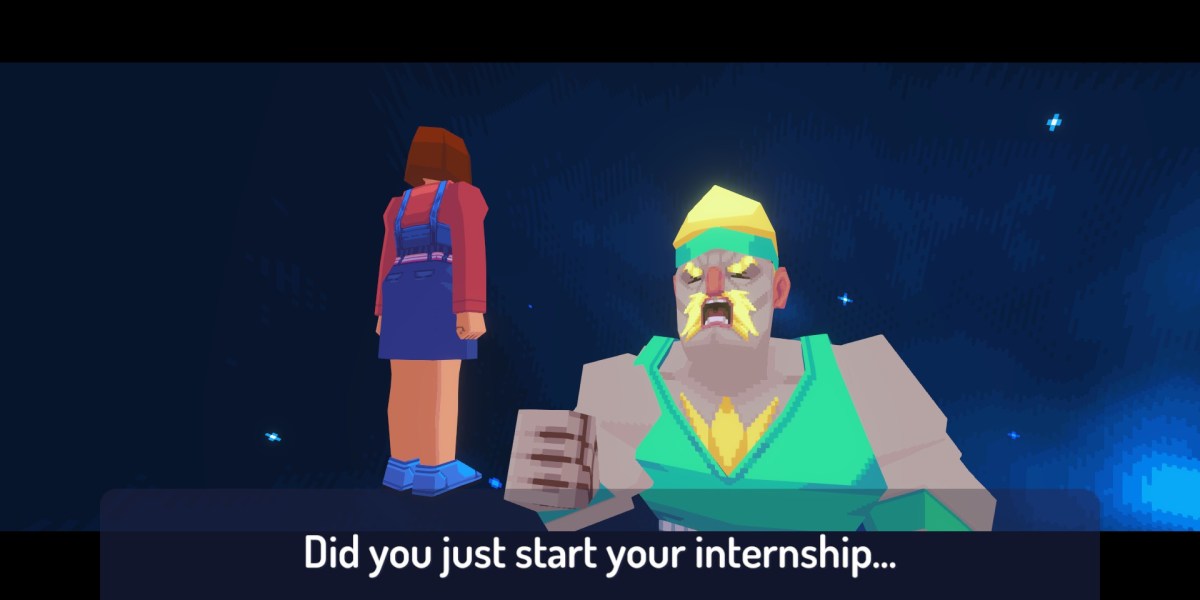 Video games are all about fantasy. Many of us would love to be a hero in fantastic worlds. Others want to experience a life where they race the fastest cars in exotic locales. Some, however, no doubt dream of screaming “no!” in the faces of their co-workers whenever they’re asked to do menial tasks. If you fit into that third camp, you’re going to be happy on April 9 when Say No! More, an upcoming on-rails “no ’em up,” becomes available for purchase on Steam.

The premise of Say No! More is simple. You’re an intern starting your first day at a new company, and wouldn’t you know it, your co-workers make demands of you. What follows is up to several hours of you saying “no” to each and every co-worker who crosses your path. It plays a lot like a light gun game, albeit without any shooting or aiming. Players will need to hit the space bar in order to slap co-workers with varying types of “no” unlocked through game progression.

Say “no” more this April

In celebration of the release date announcement, Say No! More even has a special trailer designed to look like an old infomercial. In it, the motivational speaker that handles the game’s tutorials does his best to sell you on the product that is clearly being offered. If you’re curious to learn more, why not check out a preview I wrote on the game that also went live today. What a coincidence, probably. It’s an interesting game that leans hard into surrealist comedy, with a lot of cutscenes and zany hijinks to be found. It’s almost more like a TV show than a game in some respects. The game can be added to your wishlist on Steam, where it will no doubt be available for an amount of currency on April 9.