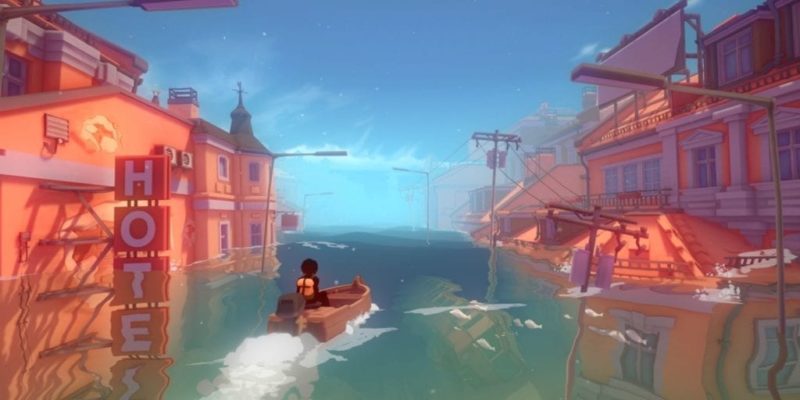 Jo-Mei Games and Electronic Arts announced today that Sea of Solitude will be available to play on July 5 worldwide. The game can be purchased for $19.99 on EA’s Origin storefront. The game can also be purchased digitally on PlayStation 4 and Xbox One. Sea of Solitude was the highlight of EA’s 2018 E3 press conference and is being published as an EA Original (as they did with Unravel). Alongside the announcement, EA released a trailer celebrating next week’s release. Be sure to give it a watch below.

If you haven’t seen Sea of Solitude before, it tells a narrative of self-doubt and loneliness. The main character, Kay, navigates a world of puzzles, monsters, and a lot of water. The way Kay is feeling and her state of mind is reflected in the rising and lowering water levels. The world can be colorful but also dark and frightening. The game will span many areas with dynamic environments and have an in-game weather system that helps to visualize the emotions Kay is feeling on her journey. Players will progress by solving puzzles that bring color back to a world claimed by darkness.

Cornelia Geppert, Jo-Mei Games’ CEO, explains that they want the game to focus on the “essence of loneliness” and to pull at “the heartstrings of its players by mirroring their own reality.” This goal feels very apparent in the many trailers for the game. It will be interesting to see how Jo-Mei will pull players into Sea of Solitude and invest them in the journey and struggles that Kay faces.

The game is the next title in the EA Originals program, where the company finds unique games created by smaller teams and helps fund and showcase them to potentials players.

Will you be purchasing Sea of Solitude when it releases for PC, PlayStation 4, and Xbox One in summer?

Build your own boss fights in upcoming roguelite Mirador

Quake II is getting a free RTX makeover in June [updated]