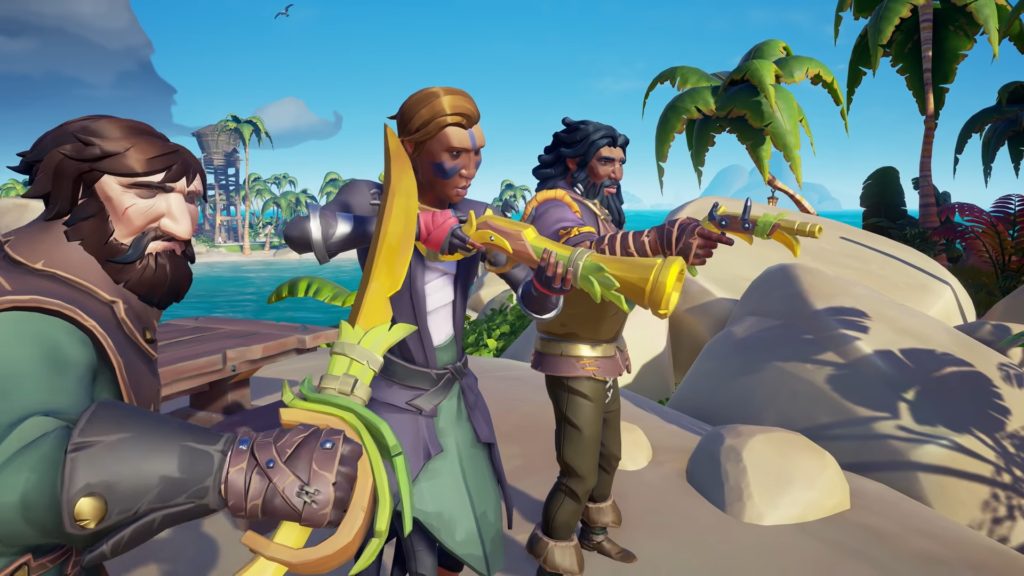 Sea of Thieves‘ next update, Heart of Fire, is swinging into port on March 11. In its latest news video, Rare delved into some of the new content players should expect in the update. This includes a new, fiery Tall Tale, a few quality of life fixes, and a collection of potassium-rich cosmetics. Check out the video below for an overview of all of the changes.

Obviously, the most important part of Sea of Thieves‘ next update is bananas. No longer are they simply food for you to munch on during your mid-battle snack break. By visiting the Pirate Emporium, you can grab some banana cosmetics for weapons. Now, the last thing your enemies will ever see is a healthy, natural food that pairs well with oats. In addition, you can dress your monkey or parrot up in a cute banana costume. 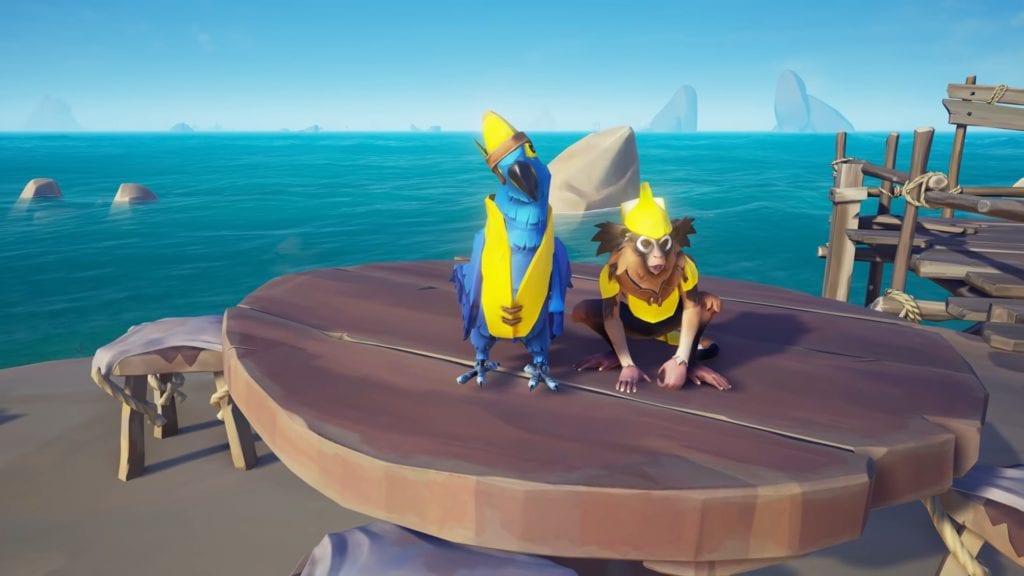 Heart of Fire continues the fiery content that arrived last month in Sea of Thieves‘ Crews of Rage update, which culminates in a brand new Tall Tale for players to embark on. Rare emphasizes in its video that it will have a strong cinematic quality, and it will also include new fire traps for players to contend with. In addition, Heart of Fire will have a bit of randomization, so whenever you replay it, your journey will be different.

Sea of Thieves has gone a while without getting any new handheld weapons, but Heart of Fire will change that. The Blunderbomb is a new throwable explosive that can be used in a variety of ways. It can knock players away, so you can use it defensively or offensively to knock players off of a ship. You can also use it to stop enemies from raising an anchor, which ought to pair well with an Anchorball if your crew can coordinate well enough. The Blunderbomb should come in handy and add some new dynamics to battle in Sea of Thieves. 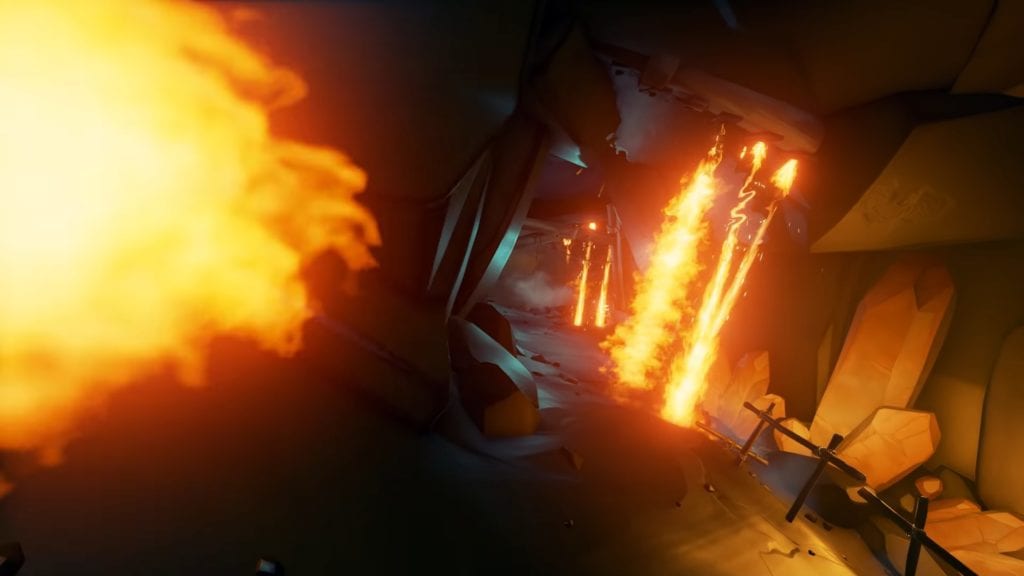 Rare also made sure to tackle a few quality of life improvements for players:

Finally, the Valiant Dawn sail sale will end on March 11. All proceeds from the cosmetics go to St. Jude Children’s Research Hospital.

You can pick up Sea of Thieves on the Mircosoft Store or on Xbox Game Pass for PC.