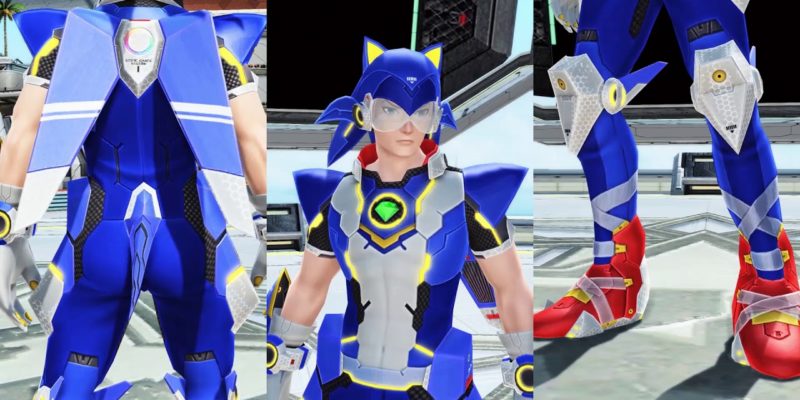 For those who don’t know, Phantasy Star Online 2, or PSO 2 at it’s colloquially called, will be free to play at launch. However, that doesn’t mean you can’t already spend money on Sega’s anticipated online ARPG. Earlier today, the company revealed the Sonic the Hedgehog Founders Pack for the game. It’s chock full of Sonic-themed goodies, ranging from outfits to accessories and more. And it’ll all cost the full-game price of $59.99 USD.

The pack will go on sale officially starting on March 17. Which means, naturally, you have less than a week to ignore your logic and convince yourself that this is for you. Okay, I kid… a bit. Cosplaying as Sonic isn’t exactly a stretch for a game as goofy as Phantasy Star Online 2. After all, there are stranger things to find while plumbing its darkest depths.

Also called the Sonic Collaboration Edition, the pack includes 18 rewards such as cosmetics and consumables. You can equip your character with a full Sonic outfit, and slap on one of two Sonic hair styles. However, you get some actual useful stuff to go along with the Sonic costume. The pack comes with 15 EXP booster consumables, as well as 500 grinders to upgrade your weapons and gear. For those who played the game prior, or checked out the closed beta, and had issues with your small inventory, never fear. The pack comes with five Inventory Expansion consumables. 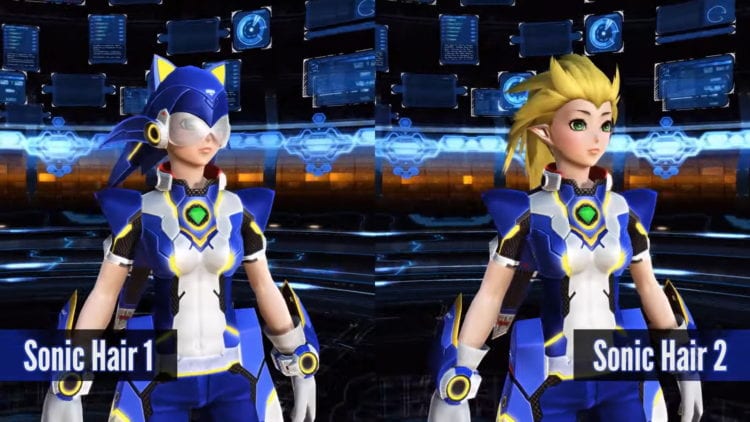 Wear your shame with pride

PSO 2 is still free to play for everyone when it finally launches sometime this spring. The pack isn’t exactly necessary, but it’s there for those who want to show off their love for Sonic and larger inventories (I’m intrigued, admittedly).

While we currently don’t know when Sega will launch the game, it will be playable in less than a week. Well, on Xbox One. The open beta begins on the same day the Founders Pack lands, March 17. Don’t worry about losing money if you’re planning to play the game on PC later. In PSO 2, your progress stays with you whether you play on Xbox or PC (or both). Additionally, you’ll keep your progress made in the beta for the full launch later this spring. So, get at it, Arks.

PlanetSide 2 has its biggest update ever with Escalation