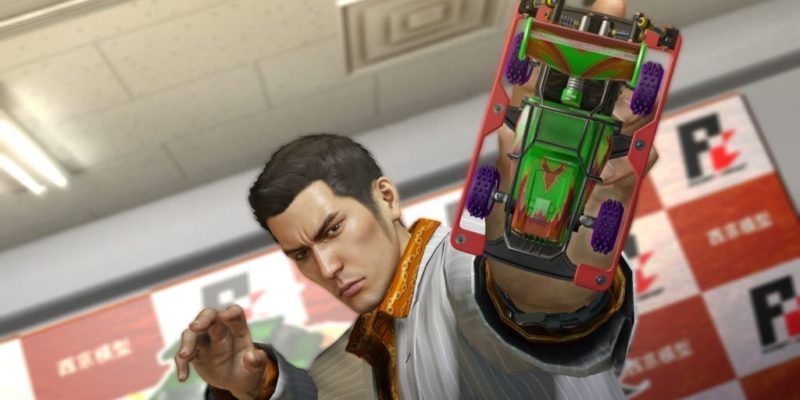 Now that SEGA has released Yakuza Kiwami 2, the company wants you, dear readers, to let it know what comes next. In a survey posted online, the Yakuza publisher appears to be gauging long-term interest in the series.

Earlier in the month, news broke suggesting that Yakuza 6 could be on its way to PC. While the survey itself sadly omits any obvious questions or clues as to whether or not the game will show up one day on Steam, we still haven’t given up hope. This is especially true, as a positive return on said survey could move the game our way.

However, the questions asked are certainly interesting. And at least one or two caught my greedy eye.

You spin-off me right ’round, baby

For example, “How interested are you in purchasing the various spin-off titles that have never received Western release?” For those who don’t know, the Yakuza franchise (called Ryū ga Gotoku in Japan) stretches far beyond the known numbered sequels.

Released in 2006 for the PlayStation 3, Ryū ga Gotoku Kenzan! stars the usual motley crew from the series, but it takes place during the samurai era of Kyoto. It has never seen the light of day on Western shores. There are three other spin-offs, showcasing different protagonists or time periods. The only Yakuza spin-off that has made it over is 2012’s Yakuza: Dead Souls, which placed Kazuma and gang against a zombie horde invading their home of Kamurocho.

On the survey’s scale of 1 (No Interest at All) to 5 (Give Them to Me Now), I’ll happily drop a 6. Because even though Dead Souls didn’t exactly turn many heads, playing as Kazuma the samurai is just too exciting a concept to ignore. But it will all depend on the results of the survey. The other spin-off is the upcoming Fist of the North Star, which is getting a Western release. 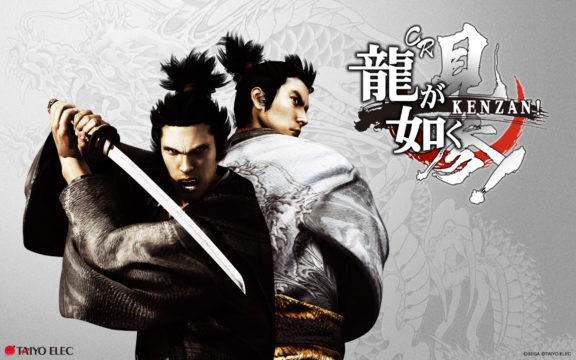 To Kiwami, and beyond!

The other questions in the survey ask for your interest in more Yakuza games (just say yes), as well as others from the team. It inquires, “How interested are you in purchasing games created by the Yakuza team in other worlds, like the upcoming Fist of the North Star?” Earlier today, we reported that the Yakuza studio plans on branching out beyond Fist of the North Star. With this survey, there’s a strong chance that we’ll receive even more great things from the team.

After all, the developer certainly has a proven track record. The Yakuza series has come a long way from being merely a hidden gem. So why not let the studio continue to stretch its wings? The only other game the group made outside the franchise was in 2012 with that lovely diamond in the rough, Binary Domain. It’s been confirmed that the team’s next game will be something we haven’t seen before. Regardless, we’re still holding out hope for a Binary Domain 2. C’mon, you know you want it, too. 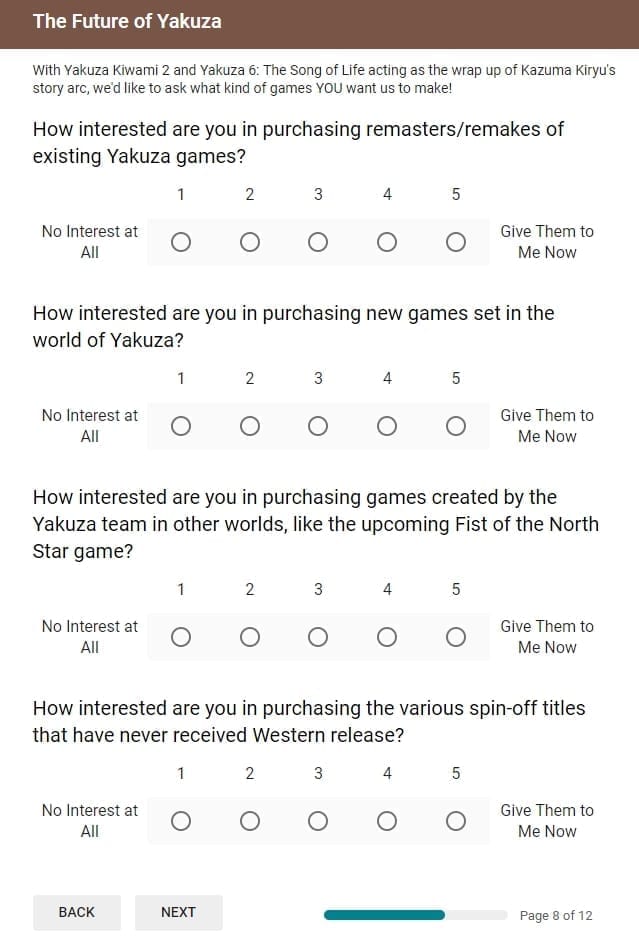 Want your voice heard? You can take the online survey here.