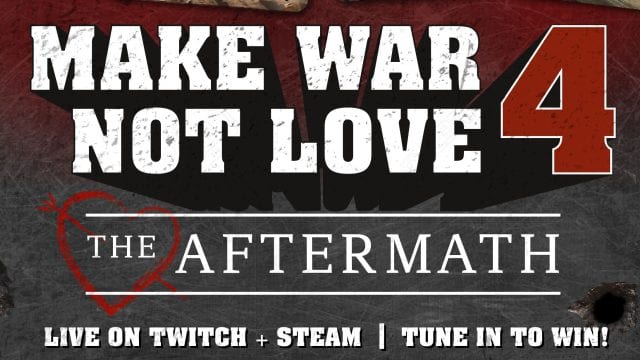 The fourth annual ‘Make War Not Love’ promotional SEGA event will launch on 16 February, promising even more challenges and giveaways. As usual, the job of players who partake is just to play their favourite SEGA game in representation of a faction.

Appropriately for the fourth such event, there are four factions this year: Dawn of War 2, Total War: Warhammer, Company of Heroes 2, and newcomer Endless Legend. You can sign up for a faction at the Make War Not Love site. The event will run from 16 February to 19 February (inclusive).

Every day, there will be free SEGA games given away to the ‘winning’ faction under various challenges. Last year, Steam codes for Jet Set Radio and Golden Axe (among others) were given out. There will be a ‘grand prize’ for the faction that is victorious overall, and all of their followers will get something out of that.