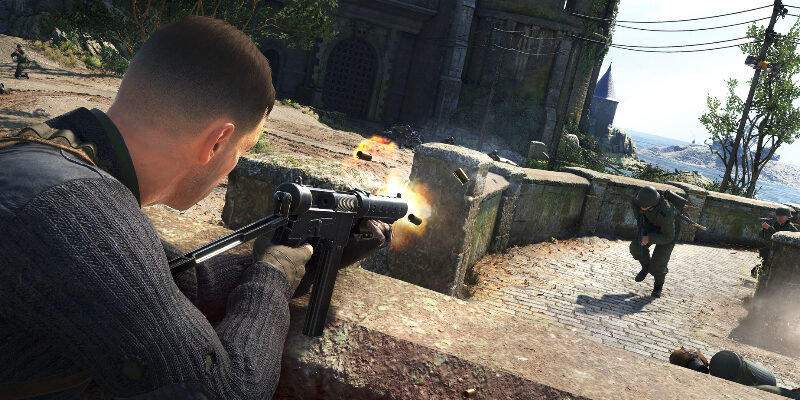 Developer Rebellion’s next installment in its Sniper Elite franchise was revealed last December. At that point, all we knew is that it was planned for sometime in 2022. But now thanks to the new release date trailer, we know exactly when Sniper Elite 5 is coming. The cinematic shooter will launch on PC via Steam on May 26.

It is already available for pre-purchase for those that are interested. The regular edition costs $49.99 USD and comes with just the game itself. Alternatively, the Deluxe Edition can be purchased for $89.99 USD which includes various preorder bonuses. The most notable of which is the season pass that offers two campaign missions, six weapon packs, two weapon skin packs, and two character packs. All included additional content will be available for purchase separately in the future.

The release date trailer also provides some insight as to what to expect from Sniper Elite 5‘s story. Unsurprisingly, the narrative takes place in World War II with the Nazis once more in your crosshairs. You play as Karl Fairburne, a member of the covert US Rangers operation. He and his team are tasked with uncovering Operation Kraken, a mysterious Nazi project that threatens to end the war before the allies can react.

Operation Kraken must be destroyed.

As expected the series’ iconic slow-motion headshots return, but there are also plenty of other new features. Gun customization is extremely detailed with weapons having options for scopes, stocks, barrels, and magazines. Ammo types can also be switched out to better suit the job at hand.

A new PvP and co-op mode is coming too, called Invasion Mode. The mode challenges players to invade another player’s campaign and come out on top in a tense game of cat and mouse. You may even be given the chance to call in a second sniper to tip the odds in your favor.

Supermassive Games returns to Until Dawn-style horror with The Quarry, and it will release in June