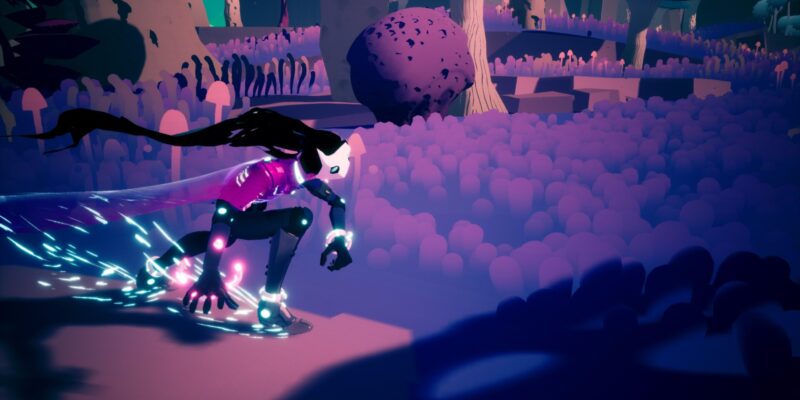 If there’s one thing I love, it’s traveling through surreal, beautiful worlds soaked in color and strange creatures. Solar Ash is looking to scratch that itch so viciously that it might break the skin, and it finally has a release date. The game is being developed by Heart Machine, the developer behind the much-loved Hyper Light Drifter, except this time they’ve gone fully 3D. It’s amazing what you can accomplish with the money you made from a widely beloved indie game that people still love and discuss. Hyper Light Drifter was also free on EGS a couple of years ago, so you might have snagged it then. Although there’s roughly a quarter of a year to go before we can get our hands on Solar Ash, I’m already starting to get hyped.

Solar Ash is scheduled to launch on October 26 on the Epic Games Store. What was that groaning noise? You can even wishlist it there now if you so choose. The game was initially announced back in March of 2019 via a teaser trailer, and development on the title began in 2016 after Hyper Light Drifter was finished. Heart Machine apparently isn’t fond of wasting time. The game is also coming to the PlayStation consoles, but not Xbox.

As for what it’s all about, Solar Ash puts players in control of Rei, a woman that belongs to the Voidrunners, much like the protagonist from Hyper Light Drifter. As Rei, you’ll need to make your way through the Undervoid, which is a rift that apparently swallows entire worlds. That sounds safe. Rei’s going in there because her world will get destroyed if she doesn’t stop a terrible thing from happening. Gotta keep those stakes high. Gameplay is built around speedy movement featuring crazy gravity and precision-based traversal challenges. Rei can also surf on clouds, but Cloudsurfer sounds a bit sillier than Voidrunner, so I understand why they named it as they did. Check out the new release date trailer below: