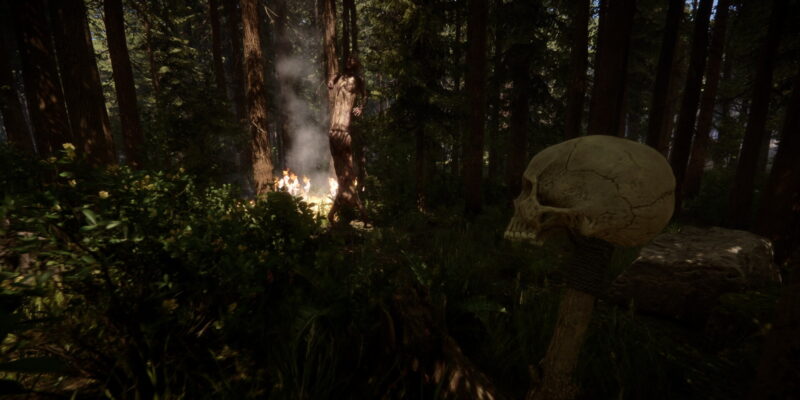 It’s been roughly a month since developer Endnight Games announced that its follow up to The Forest was getting delayed. At the time, the company offered up a handful of new screenshots, while promising a new trailer in a few weeks’ time. Today, we got that and a little bit more. The newest trailer for Sons of the Forest opens up its survival/horror world, and also provides a release date of May 2022.

It’s pair of treats, really. The trailer itself provides a split look at the game: one half showing off crafting and hunting to a calm soundtrack, while the rest is rife with terror. It’s a great overview representation of what The Forest and Sons of the Forest are all about: crafting, survival, and deeply unsettling body horror. The survival part of the game is really just there to help you build up defenses and stockpile goods — before the inevitable attack.

The Sons of the Forest trailer offers up plenty of footage to that nature. We see examples of how you can gather sticks and turn them into simple campfires or makeshift tents. Opening up the menu, you can turn one of said sticks into a sharpened spear, which you can use to hunt various wildlife for meals or crafting parts. But it’s all for fending off the game’s horde of cannibals, which, like in The Forest, roam around the woods looking for fresh meat. Like in the first game, Sons of the Forest will have caves to explore. And also like the original, that’s where the true horror lies in wait.

Sons of the Forest release date is coming soon

I loved The Forest, so I’m certainly looking forward to its sequel. From what I can glean in the trailer, it should be just as terrifying. Even though I noticed a few new items, such as a shotgun that turns you into a Disney princess, a lot of it looks similar. Sons of the Forest may end up becoming something akin to a 2.0 version of The Forest, but with an intriguing new story.

However, even if that’s the case, I wouldn’t mind. I’ll be more than happy to jump back into the terror with my buddies when the game comes out. And yes, Sons of the Forest will include online co-op, much like its predecessor. I spotted what looked like two other players around the 1:25 mark in the trailer.