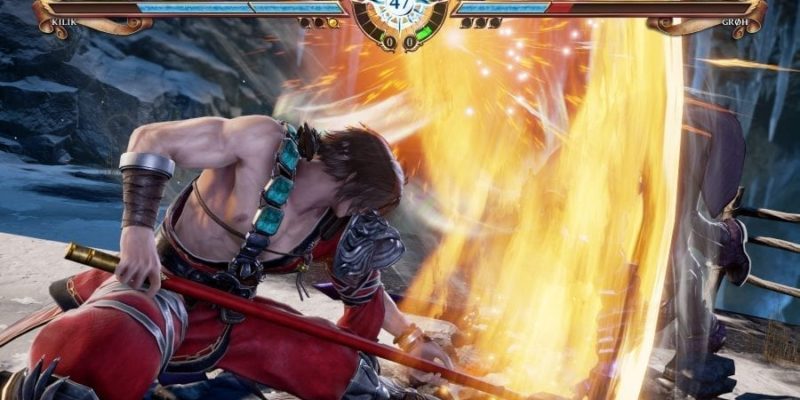 Note: According to Bandai Namco, the servers for online play are unavailable until launch day. As netcode is crucial for fighting games, we’re holding off on our full review of Soulcalibur VI until we can test this for ourselves, and the following technical review will not take online play into account.

The first time I was able to play Soulcalibur VI was during E3 2018. The game was showcased and playable on the show floor. Walking by each of the stations, I couldn’t help but be impressed with how polished the game looked at the time. Even at events like E3, it isn’t out of place for demos to be running on a PC or debug unit.

Receiving our review copy of Soulcalibur VI was the first time that we really got to take a peek under the game’s hood. And, for the most part, things look fairly straightforward.

Hardware combinations, which could be a good thing for anyone who just wants to put up their dukes and not their wallet to play it.

When you first start Soulcalibur VI, the game will automatically choose the best graphics setting dependent on your hardware. This is, of course, if you aren’t using something like Razer Synapse or Nvidia’s Game Ready drivers (which may be available at the time of the game’s official launch). It is unknown at this point if the game still prompts for either of these at the beginning considering Soulcalibur VI is not a supported title through Razer Synapse and I don’t have a Nvidia GPU. Ironically, both AMD and Nvidia driver updates were released on October 15, 2018. 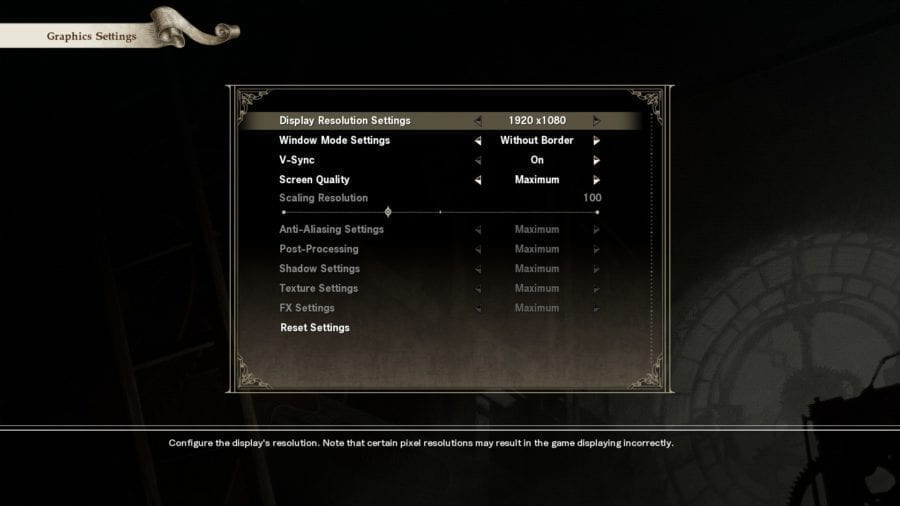 The graphics menu for the game contains many of the staple settings for PC users. Things like v-sync, anti-aliasing, shadow, and textures can all be scaled here. For the most part, there aren’t many options for advanced settings. The closest you will come to these are maxing out the FX, post-processing, or resolution scaling settings. Moving the resolution scaling beyond 100 with all other settings did make the game drop to 30 FPS and made it damn near unplayable. Beautiful, but – for me at least – unplayable due to it moving at a snail’s pace. 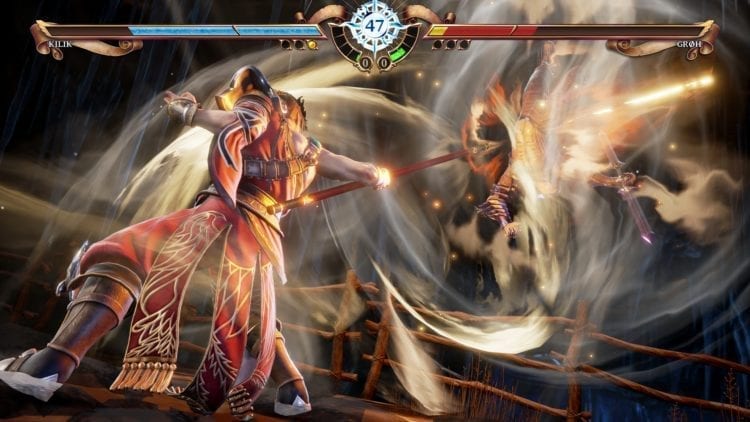 The resolution scaling and other settings were maxed out in this screen.

For myself, I was surprisingly able to run everything at 1080P/60 FPS. When I had initially launched the game, I noticed slightly sluggish performance during combat. I had been prompted for new Radeon updates and hadn’t started the software process. However, after installing these updates, the mild slowdowns disappeared. This doesn’t necessarily have to do much with the game but more with hardware. I wanted to mention this in case it’s been a while since you updated your drivers. This is usually commonplace for anyone with an AMD GPU, considering their infrequent updates in the past.

Soulcalibur VI runs buttery smooth at 1080P/60 FPS. The game only sees minor frame drops during small loads in the arcade battle area, and very minor dips (down to 40 FPS) during loading in the Story and Mission areas of the game. Each of these areas is a still graphics and text-based mode, delivering more context to the story surrounding the game. It doesn’t matter much here that as Soulcalibur VI is a fighting game and the FPS ticker and performance matter most during battle. 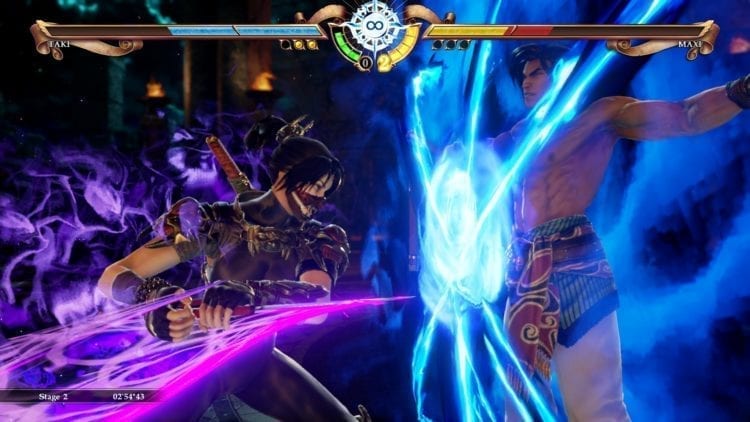 The settings here are maxed out with the resolution scaling set to 100.

Moving the settings down to medium and the display resolution to 900P still left the game running at 60 FPS. There is no benchmarking tool, nor is there a frames-per-second in-game overlay. After changing a few of the texture and anti-aliasing settings, I tried moving the display resolution lower than 900P. The game didn’t look too horrid, which is great for anyone with a lower end PC wanting to play.

All levels fared similarly. None of them really stood out, as their background animations never caused performance hits. Forest areas with streams, and even moving space rock, didn’t hamper performance. Steam’s FPS calculator still clocked the game at a locked 60 FPS in these cases. One can only guess that this is a port of the console version of the game. 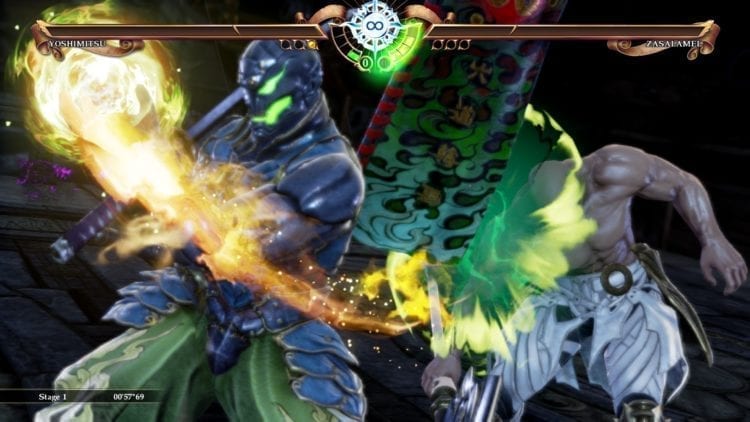 Here, the game is set to 900P with other sliders set to medium.

Probably one of the biggest turn-offs to me at this point has been with the game’s user interface. The main menu for the game places the Story and Missions selector before the standard Arcade battle area. I found it odd that the focus seems to be placed around both of these exploratory areas. Without getting too much into these modes (saving it for the full review) they offer more of a role-playing aspect to the game. They are utterly clunky to navigate, impeding simple things like backing out of them on the fly and having to skip through dialogue in order to simply get to a menu option. 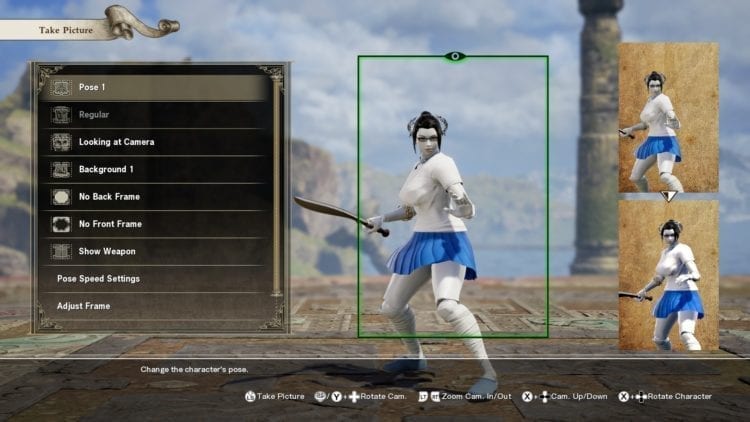 There are other simple things that have been excluded for easy menu navigation. When clicking through the resolution settings, you’ll find a button tab to move through each of the presets. Most games feature a drop-down menu where you can select which one you want and then click “apply” to confirm your selection. Changing each option automatically changes your current resolution, making it difficult to really fine-tune your settings. These can only be done through the main menu and not during a match. Selecting also means using your keyboard/controller and not mouse click, so there’s that.

Soulcalibur VI performs remarkably well through each one of the graphics settings. This is presumably due to the game not being very performance intensive. The graphics menu does lack options for anyone looking for additional performance tweaks beyond the standard anti-aliasing, shadow, and texture sliders.

The only area where the game really takes a hit is when cranking the resolution scaling above 100 percent. At least for me, this caused the game to drop to 30 FPS and moved too slow to play at a normal pace. It did, however, offer a visually impressive look at what could be. Soulcalibur VI seems like a game that will perform on any number of different har