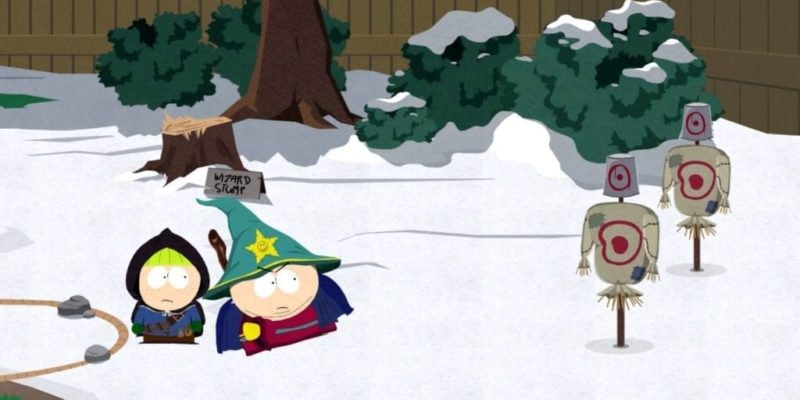 Ubisoft are toying with us once again. After releasing a teaser for an upcoming trailer based on The Division yesterday, they’ve now done the same for the often-delayed South Park: The Stick Of Truth ahead of their planned revelation at Saturday’s VGX event.

In this clip we join every bodies favourite politically incorrect, foul-mouthed little kid, Eric Cartman, as he shows off a special ‘ranged magic attack’. In typical South park style this isn’t your normal kind of attack.

Check it out below.


Developed by Obsidian Entertainment, South Park: The Stick of Truth will be a single-player RPG based on the popular hit cartoon series South Park and written by series creators, Trey Parker and Matt Stone.

The game was originally set to be released worldwide in December 2013 for Playstation 3, Xbox 360 and PC, but has since been delayed until March 4 in North America, March 6th for Australia and finally March 7th for European gamers.