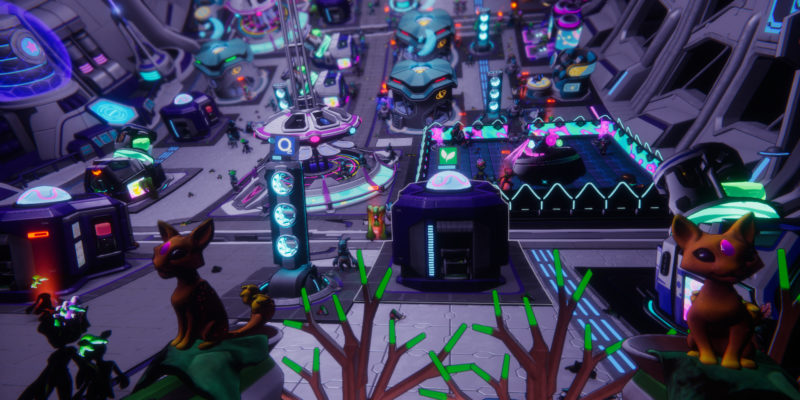 Kalypso and Realmforge Studios have announced a closed beta for Spacebase Startopia. The game is a galactic space base-management simulator, with a blend of city building. The beta can be accessed by pre-ordering the game on Steam. Also, a brand new trailer has been released, demonstrating some of the gameplay which is set in outer space.

The closed beta will include a lot of content, with more being added before the full game releases. Expect “three tutorial maps, three single-player missions, and an early version of Skirmish mode with randomized parameters.” There will also be 15 unique rooms and five tech tree levels. The joint effort between Kalypso and Realmforge Studios focuses on recapturing the nostalgia of the original game, while re-imagining the franchise as well. Having said this, both old fans of the series and new players are sure to enjoy the Spacebase Startopia beta and full game when it arrives.

All kinds of action to be had in space

The Spacebase Startopia trailer states that the space station will have a total of three decks. The mix of city building and base management appears to be action packed on each deck. The game will have a single-player campaign with ten voiced missions. Also, there will be a sandbox mode, as well as competitive and co-op play for up to four players. You will be able to build over 30 rooms across the three decks and manage different races of aliens. Lastly, you can earn profit from producing and trading resources, while taking part in missions against competitors.

Spacebase Startopia is set to be released on October 23 for Windows PC, Mac, and Linux. The game will come in a standard or an extended edition and starts at $44.99 USD, which is 10% off the final release price. The standard edition gives you the base game and beta access. However, the extended edition is paired with in-game items and a digital soundtrack.

RIDE 4 developer shows off gameplay trailer ahead of launch